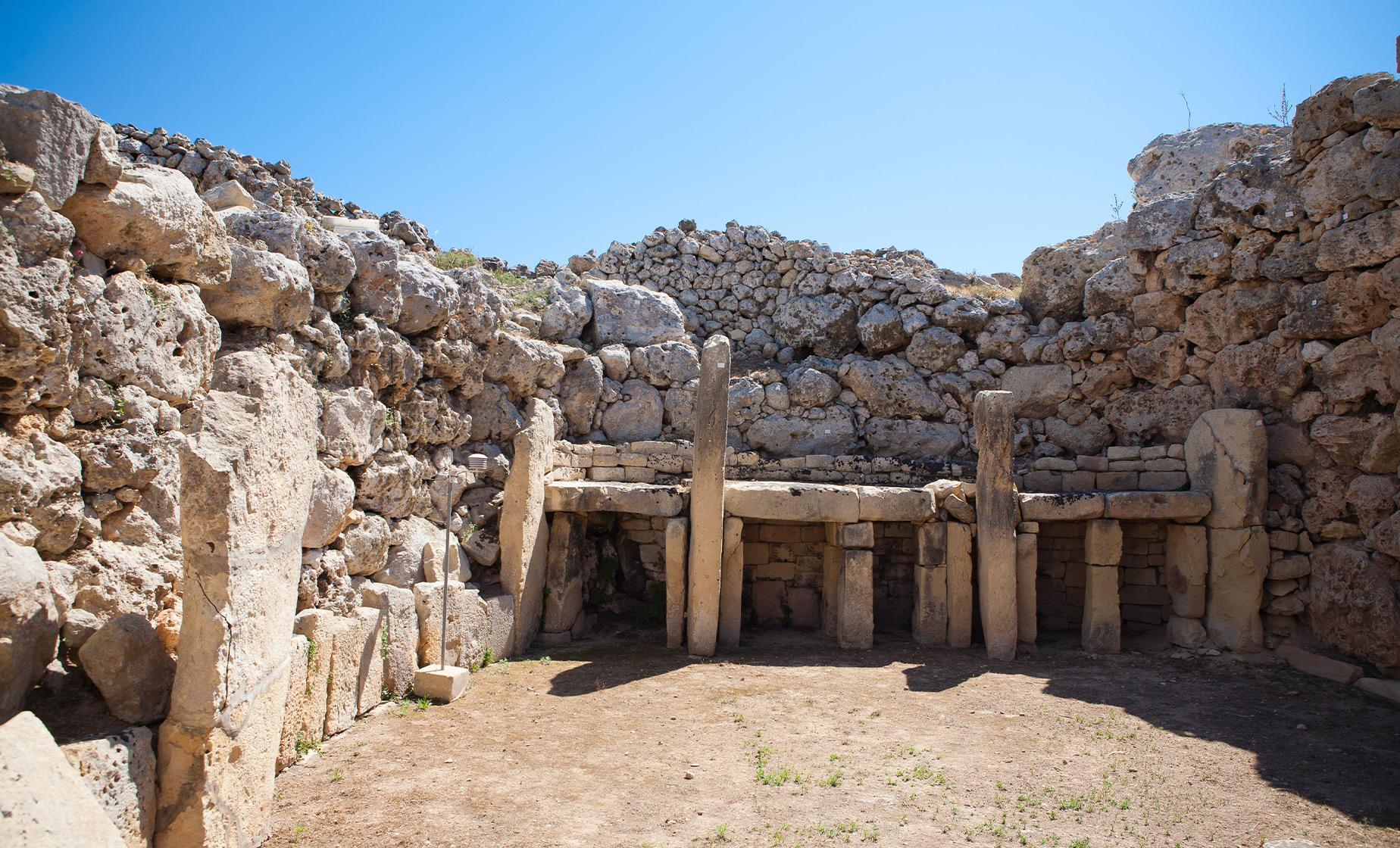 If you love history and archeology, this tour is perfect for you or anyone who wants to learn more about this beautiful island.

Malta and Gozo are home to seven megalithic temples, all of which are designated as World Heritage Sites by UNESCO. These megalithic temples date back 5500 years and are the oldest, free-standing stone structures in the world, even older than Stonehenge and the Pyramids in Egypt. It is also home to more than thirty other temples, all of which reflect Malta's rich past.

Your guided tour through this fascinating place will start with a drive to Ghar Dalam, the Cave of Darkness, a prehistoric site discovered in the latter half of the 19th Century with a series of excavations unearthing animal bones as well as human remains and artifacts. The cave is a highly relevant site for its paleontological, archaeological, and ecological communities. The history and timeframe of the cave and that of the Islands depend on Ghar Dalam's stratigraphy. The lowermost layers, more than 500,000 years old, contained the fossilized skeletal remains of dwarf elephants, hippopotamus, micro-mammals, and birds among other species, providing researchers the data needed to approximate a timeframe.

After being amazed by the fantastic cave of Ghar Dalam, you will then visit Hagar Qim and Mnajdra Temples. The megalithic complex of Hagar Qim is located atop a hill on the southern edge of the Island, on a ridge capped in soft globigerina limestone. All exposed rock on the island was deposited during the Oligocene and Miocene periods. About 500 meters from Hagar Qim stood the Mnajdra megalithic temple and considered a Heritage Park.

Make sure to book this tour and prepare to be amazed by its fascinating history.

Restrictions
Guests must be able to walk over uneven surfaces, not recommended for those with mobility issues. This tour is not wheelchair accessible.