From $112.00/person to $1450.00/person (Select "Individuals" below) Price varies based on number of individuals in your group 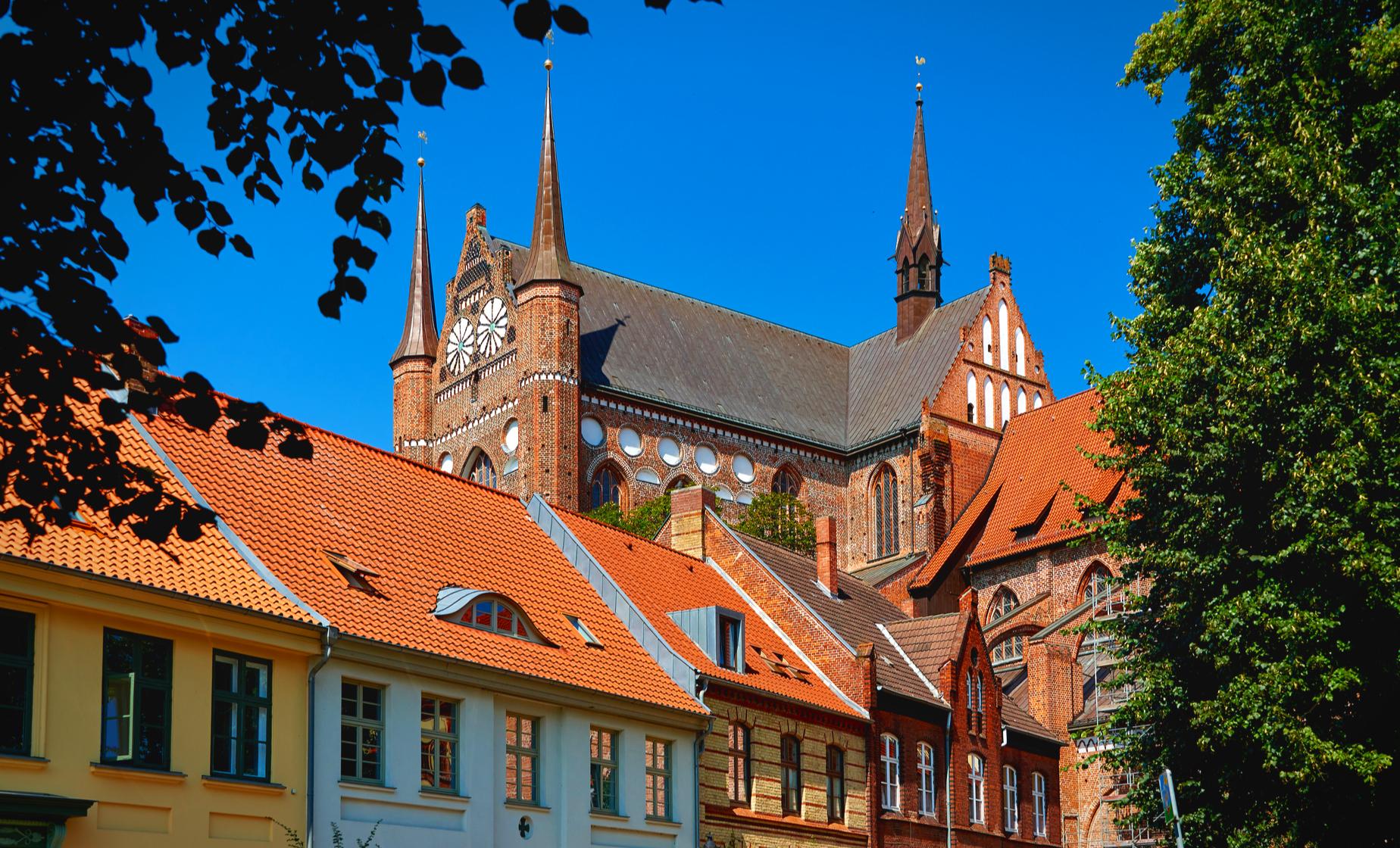 Discover cultural treasures on this full-day private program to the UNESCO World Heritage sites of LüBeck and Wismar.

After meeting your professional guide on the pier, you will begin your 90-minute drive to LüBeck, once the most important mercantile town in the Baltic. LüBeck is the largest German port on the Baltic Sea. The old part of the town is an island enclosed by the Trave River. Today, it houses a wealth of culture and history that is simply enchanting.

During your walking tour of the historic Old Town, you will see the impressive City Hall, the Holstentor gate from 1478, which is the landmark of LüBeck, and take an inside visit to St. Mary's Church with its font dating back to the 14th century. Then, follow your guide through the lively main shopping mile to the Niederegger shop, where you may indulge your sweet tooth with some pieces of almond paste.

Continuing your city tour, you will focus more on the history of the Hanseatic League and you will see sites including the Schiffergesellschaft, a 16th-century building originally built as a seaman's center, and the Holy Ghost Hospice, one of the oldest social institutions in Europe. The 13th-century brick-Gothic building has an impressive Gothic hall and large 14th-century wall paintings. Free time will be taken to explore, shop or take lunch on your own.

Then, travel to Wismar which is said to have received civic rights in 1229. During the 13th and 14th centuries it was a flourishing Hanseatic town, with important woolen factories. The historical towers of Wismar's impressive old churches, huge warehouses, imposing brick Gothic and old walls give evidence of the heyday of the Hanseatic League. In 1648, Wismar passed to Sweden, and from 1653 it was the seat of the highest court for that part of Sweden. In 1903, Sweden finally renounced its claims, but not before placing a heavy influence on the city.

Discover the Swedish architecture when walking along the Market Square, the largest in Germany. See the Wasserkunst, a wrought-iron fountain imported from Holland in 1602. On the northern side of the square is the Town Hall, built in neoclassical style in 1817-1819, and nearby is the Alter Schwede (The Old Swede), a warehouse erected around 1380. After your walking tour of Wismar, you will drive back to the pier.

Recommended Dress
As you will be visiting a religious or memorial site, shoulders and knees must be covered. Comfortable sensible walking shoes, sunglasses, and sunscreen are recommended.

Restrictions
Guests must be able to walk a total of 1.6 miles over some cobblestone and paved surfaces. There are approximately 15 steps. This tour is not wheelchair accessible. Children 2 years of age and younger may attend the tour free of charge.