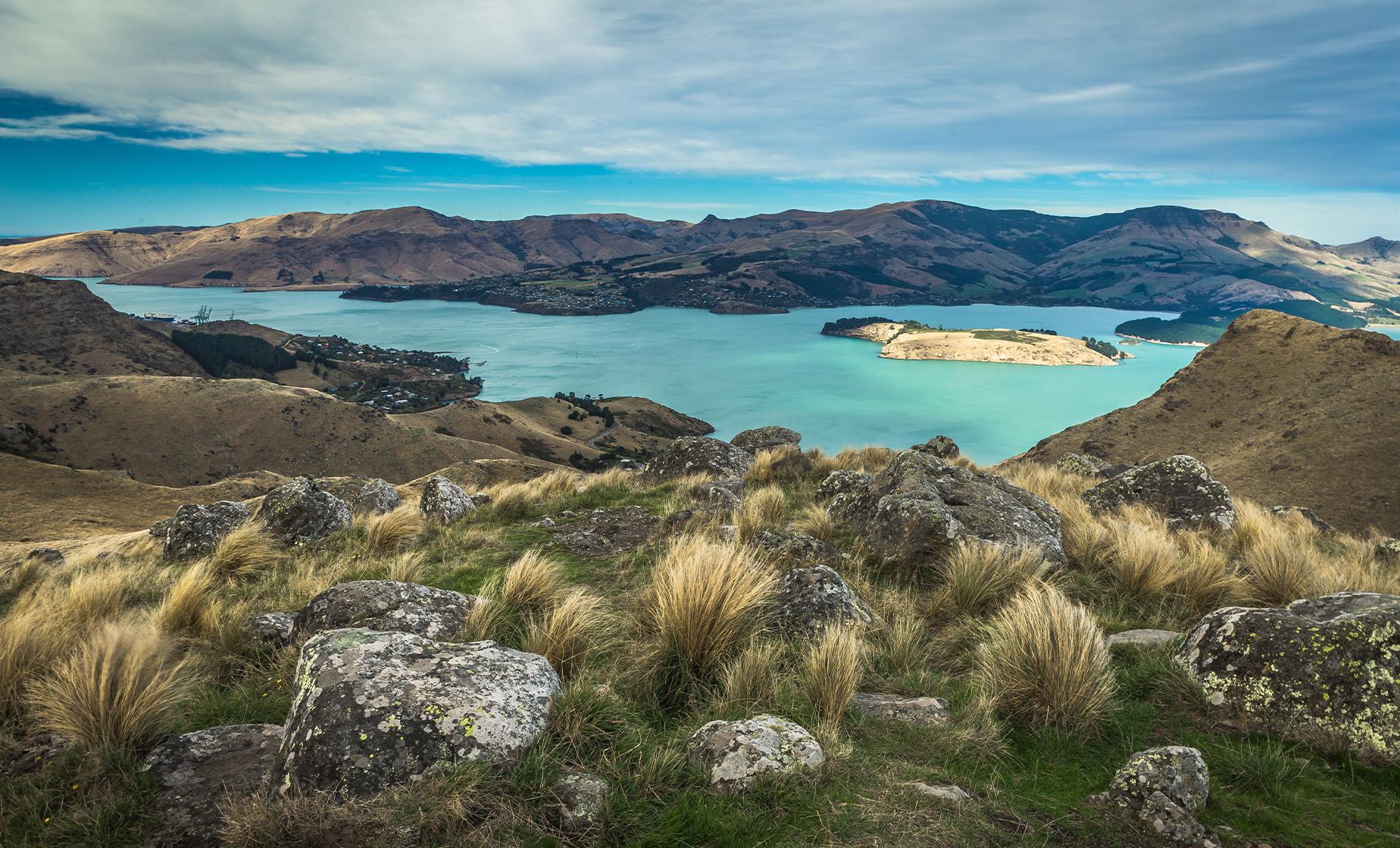 On this excursion you will discover Banks Peninsula and the city of Christchurch. The tour begins as you depart Akaroa and embark on a scenic drive that provides stunning views of the peninsula, an ancient volcano that now forms the peninsula, and its crater that now forms the harbor. Travel via the Akaroa Highway past Lakes Forsyth and Ellesmere, a natural haven for birds and other wildlife.

Upon arrival to Christchurch and following a stop at the botanical gardens, enjoy a sightseeing tour that both highlights the damage and recovery after the earthquakes that rocked the city between 2010 and 2012 and showcases the city landmarks: the Bridge of Remembrance, the Canterbury Museum, as well as the Art Gallery and the Art Center. Other sights include the badly earthquake damaged Christchurch Cathedral, and the Cathedral of the Blessed Sacrament. The city center is currently under construction with both demolition and rebuilding underway. Due to road closures and new areas re-opening, road access can change on a daily basis.

After leaving the inner city the tour travels to the beach suburb of Sumner, where there will be a brief stop and an opportunity to buy lunch (at your own expense) at one of the local cafes or bakeries. The tour then continues to the port of Lyttleton (where ships berthed before the earthquakes), before driving up to the Sign of the Takahe on the Port Hills --named after a flightless native New Zealand bird, and then a roadhouse built in the 1920's for those weary travelers walking from Lyttleton over the Port Hills to Christchurch. From this view point you will have spectacular views over the city of Christchurch, Canterbury Plains and the Southern Alps.

Shore Excursion Leaves From
The Tender Pier Area. (Full details will be provided in your electronic ticket upon confirmation.)

Recommended Dress
We recommend guests wear comfortable clothing, with layers that may be removed, walking shoes, and sunglasses.

Restrictions
Guests must be able to walk over paved, gravel, and packed dirt surfaces, some of which are at an incline. Most sites are accessible for collapsible wheelchairs.

4.5Based On 29 Reviews Review This Tour

Reviewer: Sharon Walsh
Well organized tour. Ours was scheduled for 10.30 & we left early as we had a full bus. Very scenic countryside & it was interesting to see areas of Christchurch still damaged from earthquake in 2014 & areas that have since been rebuilt.

Reviewer: Ian Burton
scotty was the best he was so informative and quite the comic can highly recommend this tour

Reviewer: Timothy Plant
Took a small boat off the cruise ship to where we docked and a very pleasant drive to Christchurch.The driver was very knowledgeable and gave an excellent commentary during the trip. Had an excellent lunch in the City and saw all the sites including the renovations and rebuilding the city after the earthquakes of a few years ago