Price: $55.00
This tour operates from May to February. 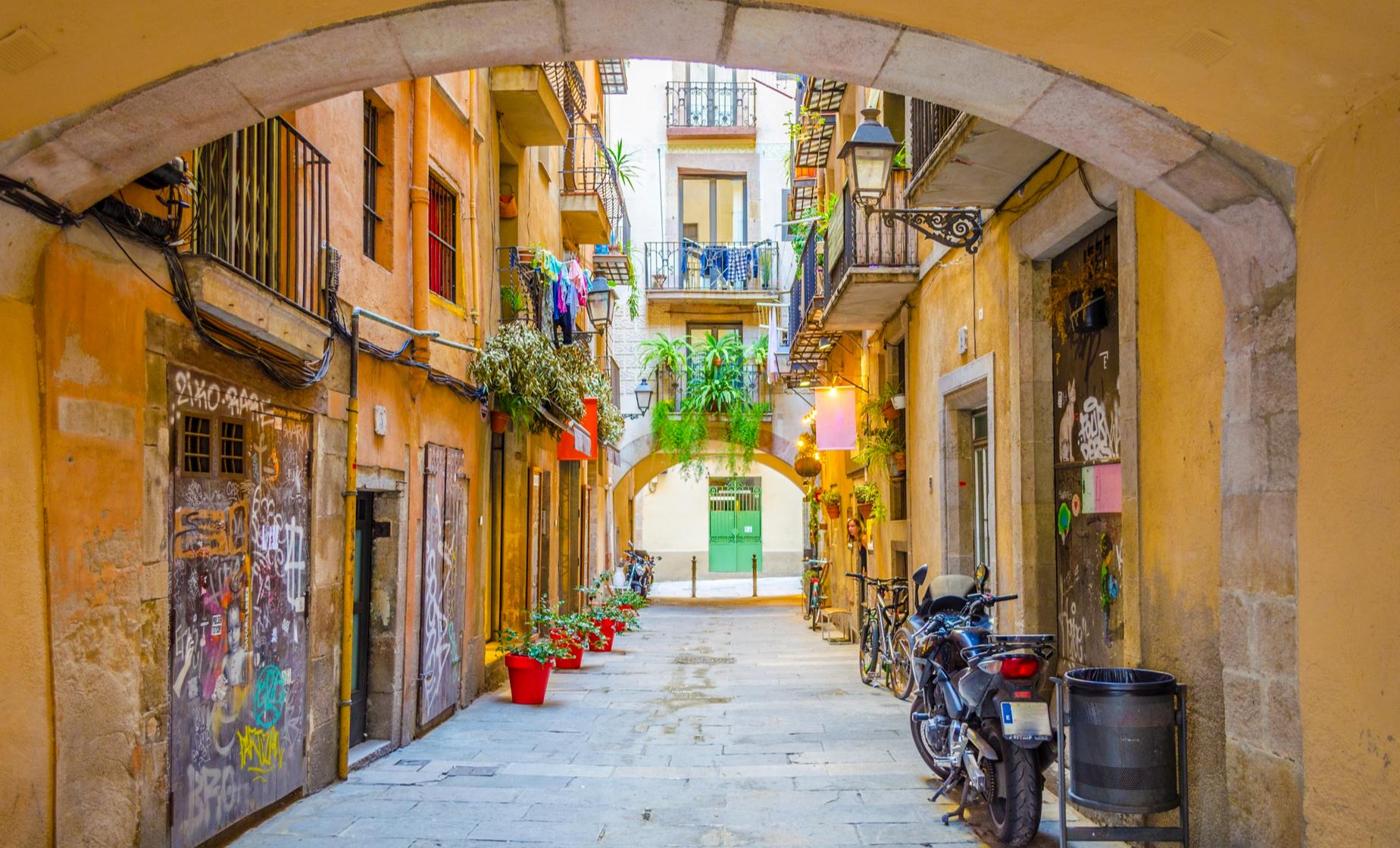 Your adventure starts when you meet your local, experienced guide and go straight to the spot where Barcelona began; the center of the old city. Established by the Ancient Romans 2,000 years ago, you'll be surprised by how much of those original structures still exist.

Passing huge fragments of the old Roman wall, step inside Barcelona Cathedral. Unlike Gaudi's singular Sagrada Familia, this is a much more classical cathedral - but its beautiful Gothic facade hides a secret: It's not as old as it appears. After you explore the inside, it's time for a little surprise: special-access tickets to the Cathedral roof, from where you will enjoy a breath-taking panorama of the city.

Back at street-level, your guide will lead you into the narrow side-streets of the city to the historic center. Although this is one of the most vibrant and historically-rich parts of the city, many visitors don't know what to look for when they explore, or which spots are the most important. Enjoy a carefully crafted route that showcases the best of this small area, weaving together a rich tapestry of stories from ancient times; from the bubonic plague to the last public execution, which took place as recently as 1975. Along the way, you'll follow in the footsteps of a martyr; explore the old Jewish Ghetto; get some architectural history, with stops at the Bridge at Carrer Bisbe and a square that used to be the favorite of Antoni Gaudi; and even see where Barcelona's official executioner lived.

Your final stop on this Barcelona city tour is the historic port, where you will learn about its ancient connection to the sea, see a modern sculpture by Roy Lichtenstein, and hop aboard an 85-foot sailboat for an hour-long cruise up the coast where you can admire the beautiful views of land and sea as you enjoy a complimentary drink.

For travelers visiting Barcelona for the first time, this tour is the perfect way to familiarize yourself with the city and develop the sort of local knowledge that will have you wanting to return again and again. There is no easier, or more enjoyable, way to spend a day in Barcelona.

Restrictions
This tour takes place in historical areas and, therefore, is not wheelchair accessible, nor for strollers or for guests hard of walking. Guests must be 18 years of age to consume alcohol.