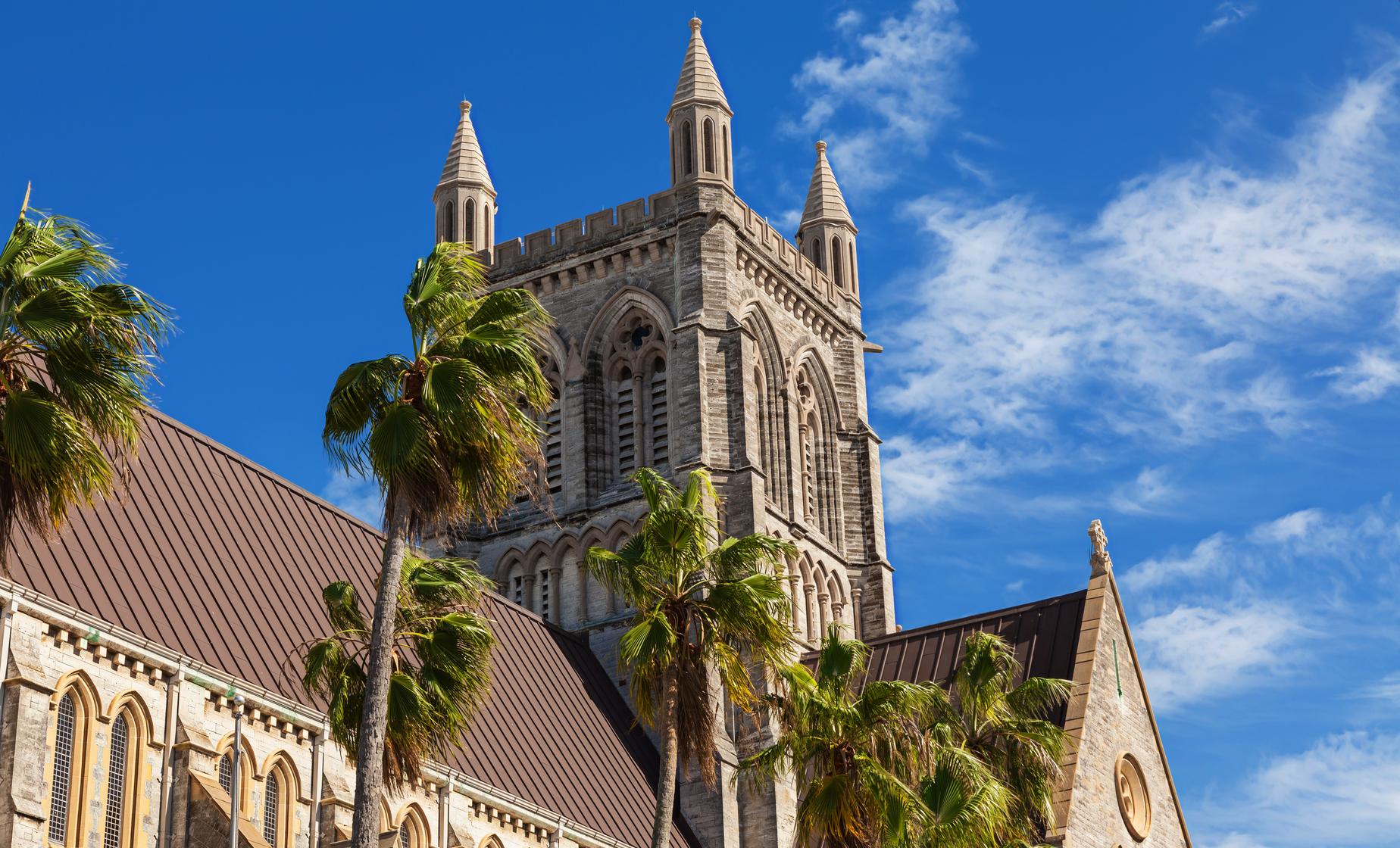 An approximately 10 minute walk is required to reach your departure location.
Food/Beverage Provided None
Recommended Dress We recommend wearing comfortable clothing and sensible walking shoes. Sun glasses and sunscreen
Restrictions Guests need to be able to walk over packed dirt, grass, gravel and/or pavement at the various sites. Transportation is not wheelchair/scooter accessible.

Traveling to the south shore in the Parish of Southampton, you will make a short photo stop of the Gibbs Lighthouse. Built in the mid-1840s, this 117-foot-tall lighthouse offers pastel views over the south shore as well as the Great Sound (there will not be time to climb the lighthouse). Driving along the South Shore, look down on some of Bermuda's famous pink sand beaches, including Horseshoe Bay. Also stopping at Warwick Long Bay, Bermuda's Hidden Gem, to get a close-up look at some of the pink sand. Bring a towel with you so you may dry your feet after walking in the pink sand.

4.7 / 5  |  163 ReviewsReview This Tour
Learned alot! 16 year old enjoyed it too!
Guide was friendly and showed lots of historical and current Island facts and ways. Well worth the money.
Reviewer: Rebecca Anderson

Best of Bermuda Complete Island Tour
We thoroughly enjoyed the complete island tour that we took while visiting the island of Bermuda. Our guide was "Terrance" and he gave us a terrific trip around the island, stopping at many different sites throughout the island. He truly spoke from his heart and obviously enjoyed giving tours like this. He spoke about everything regarding Bermuda, from his favorite meals and drinks to the various forms of entertainment. Like the name of the tour, Terrence is certainly "The Best of Bermuda"
Reviewer: Bob

Terrific Tour
Our guide Lou was awesome!!!!! The tour really covered a lot. The van was comfortable. His PA system was not working so he did his best to make sure that everyone could hear him as well. I am a travel agency owner and would definitely recommend this for my clients!
Reviewer: Laura Holcomb

Best of Bermuda Complete Island Tour
Tour gave us a quick overview of Bermuda which was very informative. Guide was very knowledgeable and extremely friendly. Well worth the expense.
Reviewer: Iva Galtman

Beautiful Island
Terrance and Lew showed us all around the Island and explained the history and culture etc. They also pointed out the flora and fauna for us and took us to various site of interest. It was fun and informative.
Reviewer: Julia Allaire Blanchard