The Best of Boston Tour 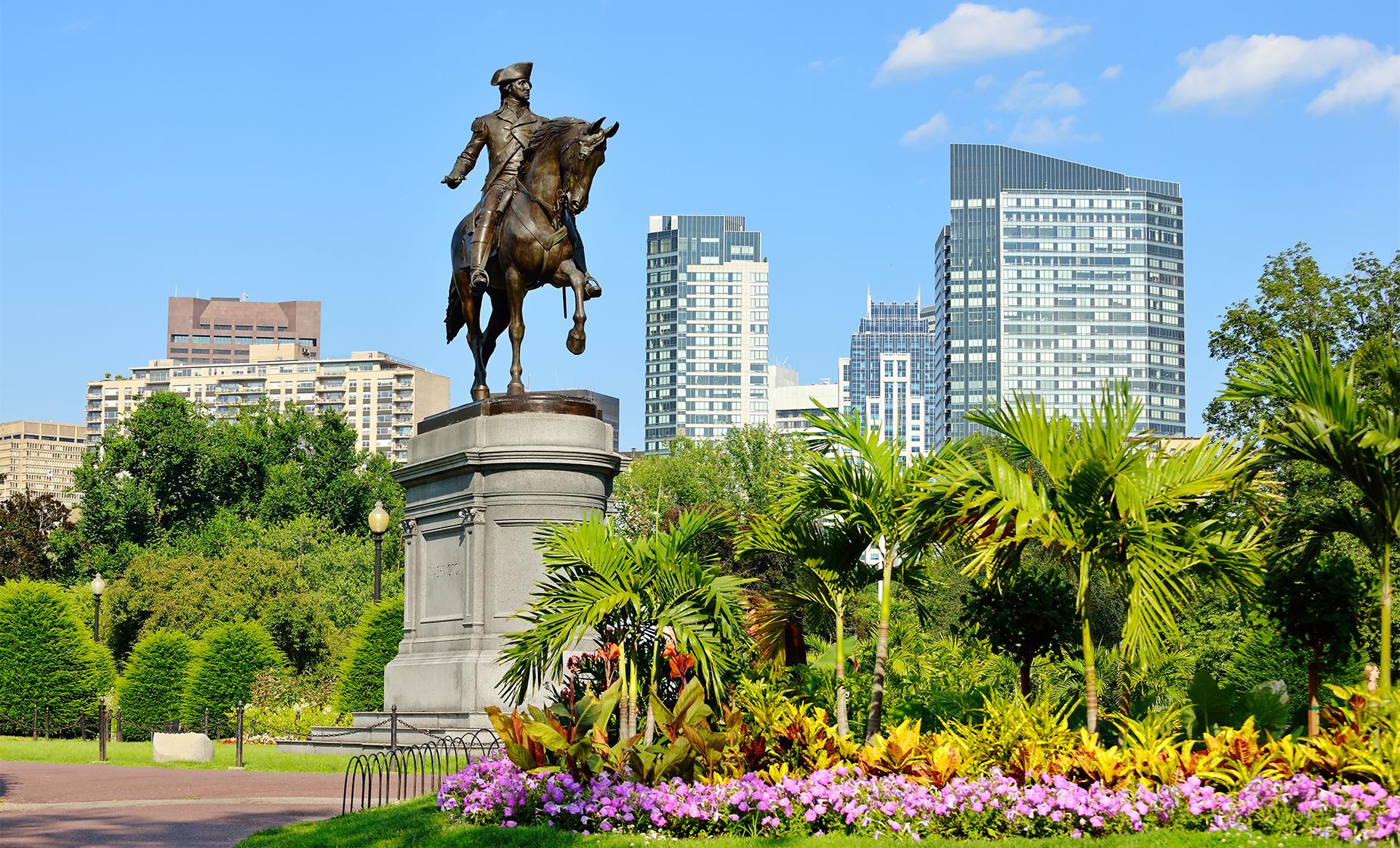 An approximately 12 minute taxi / shuttle (not included, approximately $10 US each way) is required to reach your departure location.
Food/Beverage Provided Not Included
Recommended Dress We recommend wearing comfortable clothing and sensible, flat-soled walking shoes. Some guests may appreciate a light jacket.
Restrictions This tour can accommodate customers with a folding wheelchair. Customers must be able to walk short distances and/or a few steps on their own.

The Best of Boston Tour

Discover all that Boston offers, from its urban streets to the surrounding historic towns of Cambridge, Lexington, and Concord. Travel by air conditioned motor coach with a professional guide to uncover one of America's greatest and oldest cities. You'll journey to significant sites of the American Revolution, tour throughout the heart of Boston, and enjoy free time for lunch at the classic Faneuil Hall's Quincy Market. Experience the best that this incredible New England city has to offer on your complete full day Boston tour.

Begin your day just outside of Boston, and tour the historically significant sites of Colonial New England with your professional guide. Venture into Cambridge and visit Harvard University. Cambridge is home to quiet neighborhoods, the site of the American Continental Army's beginnings, and the esteemed Harvard University. Visit Harvard Yard, the 25-acre green space that makes up the center of America's oldest institution of higher learning. Continue on to view Cambridge Common where in 1775 George Washington first rallied his troops and took control of the Continental Army while on your Cambridge tour.

Ride along "Tory Road" and see the old homes of some of America's greatest literary geniuses. Encounter the colonial era homes along "Tory Row," named after the British Loyalists of the American Revolution. Tour past the home of famous American poet and educator Henry Wadsworth Longfellow, whose house briefly served as headquarters for George Washington's Continental Army. After seeing the home of the poet who wrote "Paul Revere's Ride," journey along the famed route of the man who warned the Patriots that the British troops were coming. See the places most important to the birth of the United States, such as the infamous battle sites in Lexington and Concord on this fantastic half day Boston tour. Travel into Lexington and tour Lexington Green, the site of the famed "shot heard round the world." This site, which marks the start of the American Revolution, is remembered for the day when Captain Jonathan Parker and 77 Minutemen confronted over 700 British Regulars of the British Army on April 19, 1775. The history of that fateful day is further explored upon your entry into Concord.

On your way to the site of the Battle of Concord see the homes of some of the United States' most celebrated artists, such as Nathaniel Hawthorne, Louisa May Alcott, and Ralph Waldo Emerson. Once you reach the Old North Bridge, imagine what it was like to be part of the first battles of the American Revolutionary War those many years ago.

Head back to Boston and grab lunch (at your own expense) at Faneuil Hall's Quincy Market. During your free time, explore the 200 year old Greek Revival-style building, which is packed with more than 50 shops, over a dozen restaurants, and 40 food courts. There is definitely something for everyone in this amazing indoor market. See both the unique and chain establishments that line the hall of this famous marketplace.

After lunch, again board your bus to begin your incredible two hour tour of Boston city. Tour the Massachusetts capital and New England's largest city, which dates back to the year 1630. See its oldest sites and its most modern skyscrapers on this fully narrated tour. While traveling throughout Boston, stop at the USS Constitution, the world's oldest commissioned naval vessel still afloat.

Your full day heart of Boston and Boston countryside tour will allow you to see this magnificent city's most famous sites, uncover its history, taste its cuisine, and embrace a truly American city like no other tour can.

4.3 / 5  |  3 ReviewsReview This Tour
Great One Day Tour and Guide
The tour covered a lot of ground and information in one day. Boston, Cambridge, Concord. Lexington and more. The heart of the tour was our guide, whose name is Sam I Am. No, that’s not a typo, that how he refers to himself. A veritable fountain of information, facts and figures. The Revolutionary War, he knows the ins and outs. He knows the history of eac area we visited. He was the tour! One of the best tours we have ever taken. Certainly a lot better than the ships tour. We, my wife and myself heartily recommend this tour. Even better, it’s cheaper than the ships tour!
Reviewer: Arthur Goldsmith

First Half was wasted, Second Half was Pretty Good
What saved this tour, especially the morning portion, was the Tour Guide. He should quit his day job and be a stand-up Comedian. He was hilarious, had amazingly interesting antidotes and history about the city of Boston. He made the entire tour. The morning portion was very boring and long. Stopping to get out of the bus to see a Monument or statue is NOT of interest to the majority of people. Drop the morning portion and stick with the Boston City proper tour. SHOULD include stops throughout the city!
Reviewer: Sharron Hodgson

Great tour
This tour was well organized and the guide was very professional. We took the tour while our cruise ship was docked for the day. I will note that a walk of about one mile was required to meet the bus but the bus returned us to the pier. With this in mind, people with mobility issues could have difficulty getting from a cruise ship to the meeting place.
Reviewer: Frank