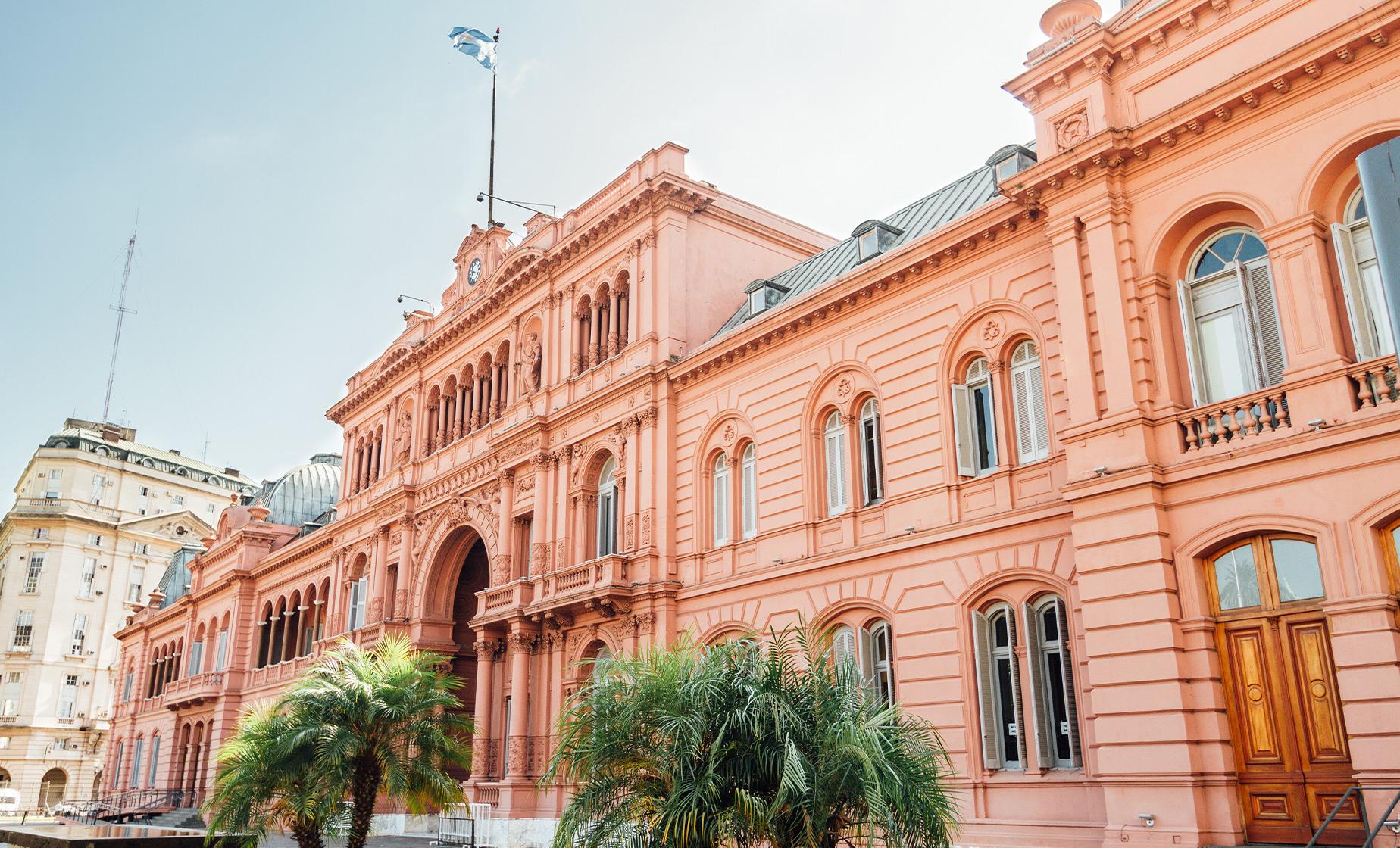 4.7 / 5  |  17 ReviewsReview This Tour
Price: $59.00   Sale Price: $47.00   Save: $12.00
Choose Options My Cruise Itinerary
Summary
Shore Excursion SizeStandard
Shore Excursion TypeCultural, Scenic
Shore Excursion Duration3 Hours 30 Minutes
Activity LevelEasy
Shore Excursion Leaves FromThe Cruise Ship Terminal. (Full details will be provided in your electronic ticket upon confirmation.)
Food/Beverage ProvidedNot Included
Recommended DressComfortable lightweight seasonal clothing and walking shoes are recommended. Guests should bring sunscreen and a hat. A light sweater may be needed for the winter months in the evenings. Good quality sunglasses are advised, and photo-chromatic lenses for those who wear spectacles. If you plan on entering the Cathedral, shoulders and knees must be covered.
RestrictionsParticipants must be able to get in and out of the vehicle. This tour is not wheelchair accessible.

This scenic Buenos Aires tour showcases the city's spacious parks, fashionable shops, and famed architecture. From motoring by the vibrant Caminito Street Museum in the renowned La Boca barrio, where the first Italian immigrants settled in 1851, to driving along the the world's widest boulevard, the city's Latin flavor and European structural influences will absolutely amaze you.

Buenos Aires is the most popular travel destination in South America. After visiting these must-see tour sites, you will know why. Plaza de Mayo is the heart of this capital city and the site of the May 25, 1810 revolution, which led to Argentina's independence. It's now the country's political hub, bordered by La Casa Rosada, a baby pink building, and office of the Argentine President.

Equally astounding is the 19th-century Neoclassical facade of the Metropolitan Cathedral (housing the Mausoleum of General San Martin, the primary leader responsible for Argentina's independence) and the regal Cabildo (the Colonial Town Hall). These sights will remind you of a European capital enhanced by Argentine style. Then there's the giant Obelisk of Buenos Aires, a National Historic Monument marking 100 years of government. This impressive structure is surrounded by an LED light district reminiscent of New York City's Times Square. The Buenos Aires entertainment industry movers and shakers can be seen there.

Speaking of entertainment, no visit to Buenos Aries is complete without visiting the tomb of the remarkable political leader Eva (Evita) Peron at the La Recoleta Cemetery. And for the grand finale, you'll continue driving through the glamorous Recoleta Quarter, home of Buenos Aires's exclusive shops, art galleries, and restaurants. At the end of your tour, you will be dropped off at your choice of 3 exciting locations within the city to explore or enjoy shopping in this vibrant city.

Buenos Aires is a cultural, South American mecca and even has the highest concentration of theaters in the world. For first time visitors, this Buenos Aires tour is a total delight. Bring your camera and an appetite for adventure on this comprehensive and convenient tour of Argentina's magnificent metropolis.

Please Note: This tour offers drop-off to your choice of 3 exciting locations within Buenos Aires to explore or shop at your leisure after the tour: the Obelisk of Buenos Aires, the Galerias Pacifico Shopping Center, or the Puerto Madero Waterfront. The tour does not include drop-off at the pier and is not available to guests on embarkation or disembarkation day as it does not accommodate luggage. Full information will be included in your electronic ticket.

Recommended Dress
Comfortable lightweight seasonal clothing and walking shoes are recommended. Guests should bring sunscreen and a hat. A light sweater may be needed for the winter months in the evenings. Good quality sunglasses are advised, and photo-chromatic lenses for those who wear spectacles. If you plan on entering the Cathedral, shoulders and knees must be covered.

Restrictions
Participants must be able to get in and out of the vehicle. This tour is not wheelchair accessible.

4.7 / 5  |  17 ReviewsReview This Tour
Great tour
An excellent tour of Buenos Aires. We were met promptly at our hotel and escorted to our transportation. We were a small group of 12 people and as such, our interaction with our guide was excellent. This tour took us to varied locations throughout the city with ample time to take pictures and explore locations.
Reviewer: Nancy

Excellent tour!
Thank you so much for the tour. The guide was great, very knowledgeable.
Reviewer: Karen Mailhiot

Good overall tour
Unfortunately the day we visited it was raining so the time on the bus was difficult to see all the sites through the rainy windows. The tour of the cemetery was short but informative. The stops were also short and wish we could have spent a little more time shopping.
Reviewer: Annette Peters

More shopping sites than city sites
Unfortunately our tour took place on a rainy day where it was hard to enjoy the stops -- and we even returned to the cruise ship rather than staying in the city to be stuck in the rain. We were surprised that we only had 3 stops for photos, with two of them at markets where the only "sites" were shopping. So we aren't sure that we really saw the city's highlights. Our tour guide also began the excursion by apologizing for her English -- her commentary was hard to follow much of the time.
Reviewer: Dempsey A

Great tour of the city and the sights
Booked this tour in Buenos Aries from our cruise ship. The guide was very good, we were picked up on time and the tour was exactly as described. Some people hadn’t read the info and expected to be dropped back at the port but this tour gives you 3 drop off points in the city at the end. We loved this as it gave us the afternoon to shop and explore a bit on our own. Taxi back to the ship was only a few dollars and we really enjoyed this tour with the cemetery and le Boca as real highlights
Reviewer: Svon