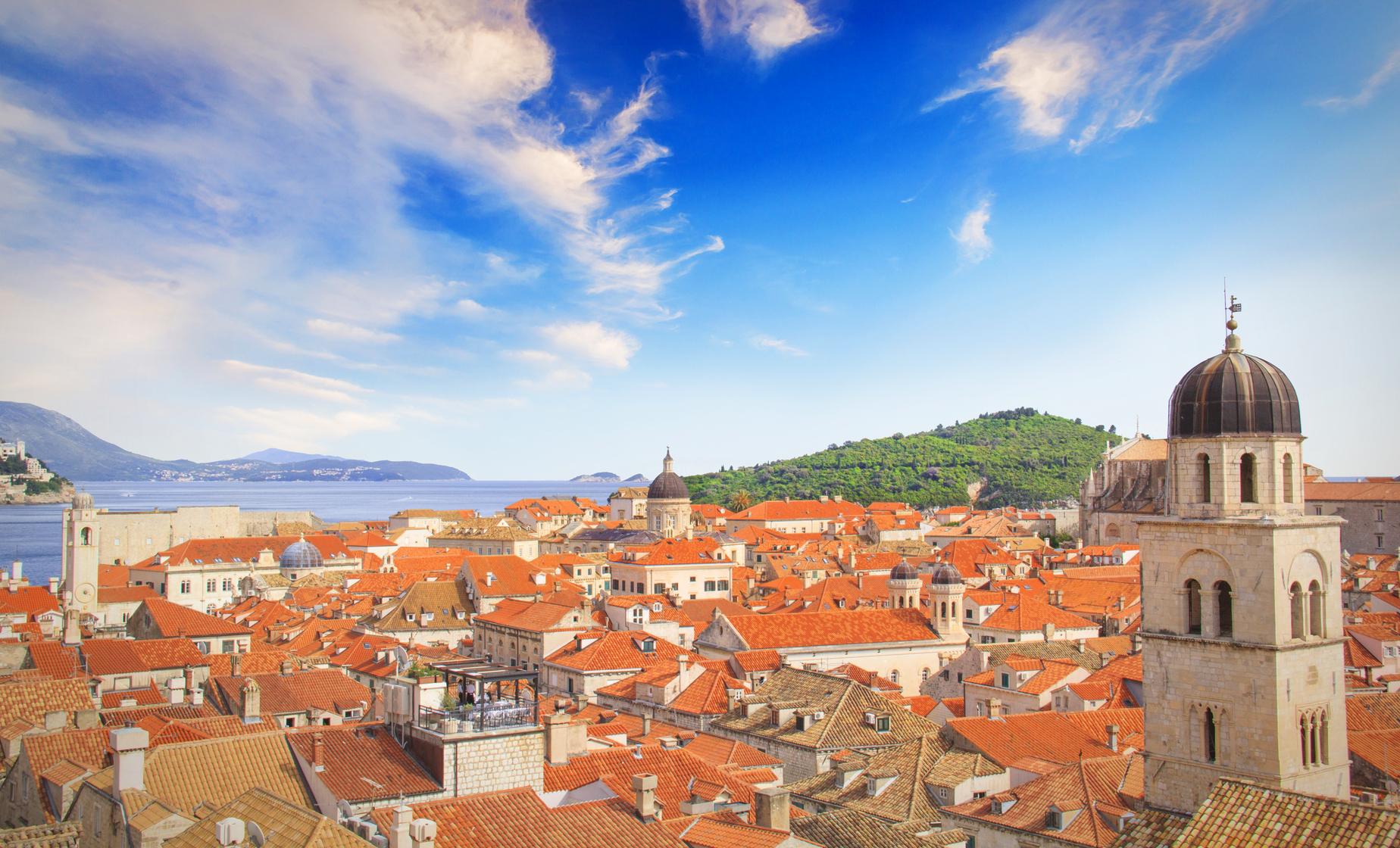 4.5 / 5  |  13 ReviewsReview This Tour
Price: $69.00
Choose Options My Cruise Itinerary
Summary
Shore Excursion SizeStandard
Shore Excursion TypeScenic, Cultural
Shore Excursion Duration2 Hours
Activity LevelModerate
Shore Excursion Leaves FromA 10 minute walk from the tender pier if your ship anchors, or a 10 minute taxi ride (not included) from the pier if your ship docks. (Full details will be provided in your electronic ticket upon confirmation.)
Food/Beverage ProvidedNot Included
Recommended DressComfortable clothing and walking shoes are recommended. Sunscreen and sunglasses are suggested.
RestrictionsWalking in the old town is over cobblestone and cut stone surfaces. A ramp or stairs are required to enter and exit the town at the Pile Gate. Children ages 3 and younger may attend the tour free of charge.

Departing Pile Square on foot with your guide, you will walk towards the cable car station situated outside the Old Town of Dubrovnik. Upon arrival, you will board your cable car and ascend to a panoramic view of Dubrovnik from Srd Hill. From your bird's - eye view, you will be able to take in the beauty of the coastal area as well as gaze down on the entire city, including its centuries - old walled city.

After descending back to the lower cable car station, your tour guide will lead you by foot to the Old Town of Dubrovnik, where you will walk through one of the largest and most luxurious open - air museum towns in existence. The famous Croatian tourist center awaits you, encircled by its monumental stone ramparts, which have preserved and enhanced Dubrovnik's spirit of Renaissance. You will be awed by the labyrinth of short, narrow stone streets, the marketplace, palaces, towers, monasteries and houses, each of which is over 300 years old!

The old masters understood how to construct a miraculously harmonious stone city. This harmony, simplicity and sense of beauty have, through the ages, become the basic philosophy of life for the residents of Dubrovnik. Dubrovnik was the bridge and diplomatic liaison between the east and west. It has been subject to fires and catastrophic earthquakes, but has always risen again like the phoenix to retain its renown as a world - famous treasury of cultural monuments. During your tour, your guide will stop outside of many of the Old Town's most impressive buildings, and give you more details on their history, design and importance.

Restrictions
Walking in the old town is over cobblestone and cut stone surfaces. A ramp or stairs are required to enter and exit the town at the Pile Gate. Children ages 3 and younger may attend the tour free of charge.

4.5 / 5  |  13 ReviewsReview This Tour
No Cable Car but Still Amazing!
The government hadn't paid the taxes on the cable car so it hasn't been running for almost a year. Regardless, it was an amazing tour. The pace was nice and we had plenty of time to explore the walled city. Ask for Lana, she was great!
Reviewer: Patricia

Great tour
The walking tour was great and very informative. Great history lesson!! The length of the tour was perfect as well. Unfortunately the cable car was not operating and we were not able to go up the mountain but the great tour made up for it.
Reviewer: Timmie Gillis

Simple But Scenic
This tour was a bit underwhelming in simplicity, but the rich history and beautiful structures added flair to the tour. Additionally, our tour guide was wonderful - English fluent and informative. Careful on this tour - you will climb a significant number of stairs to reach the Cable Car lift. Be in shape! Great food and beer! Highly Recommend
Reviewer: Robert Catchings

Wonderful guide - great value
Guide was excellent - very knowledgeable and professional yet friendly. Beautiful city and tour was interesting. Group was small and tour was a very good value for the cost.
Reviewer: Margaret O’Connor

This tour
The tour guide was knowledgeable and thorough. We absolutely enjoyed this tour. Would have signed up for a longer tour with this guide. Lily
Reviewer: Lily W Esteban

Cable Car in Dubrovnik
Good guide and impressive views. On the cable car in good time. I would do this again!
Reviewer: Jennifer Putinski