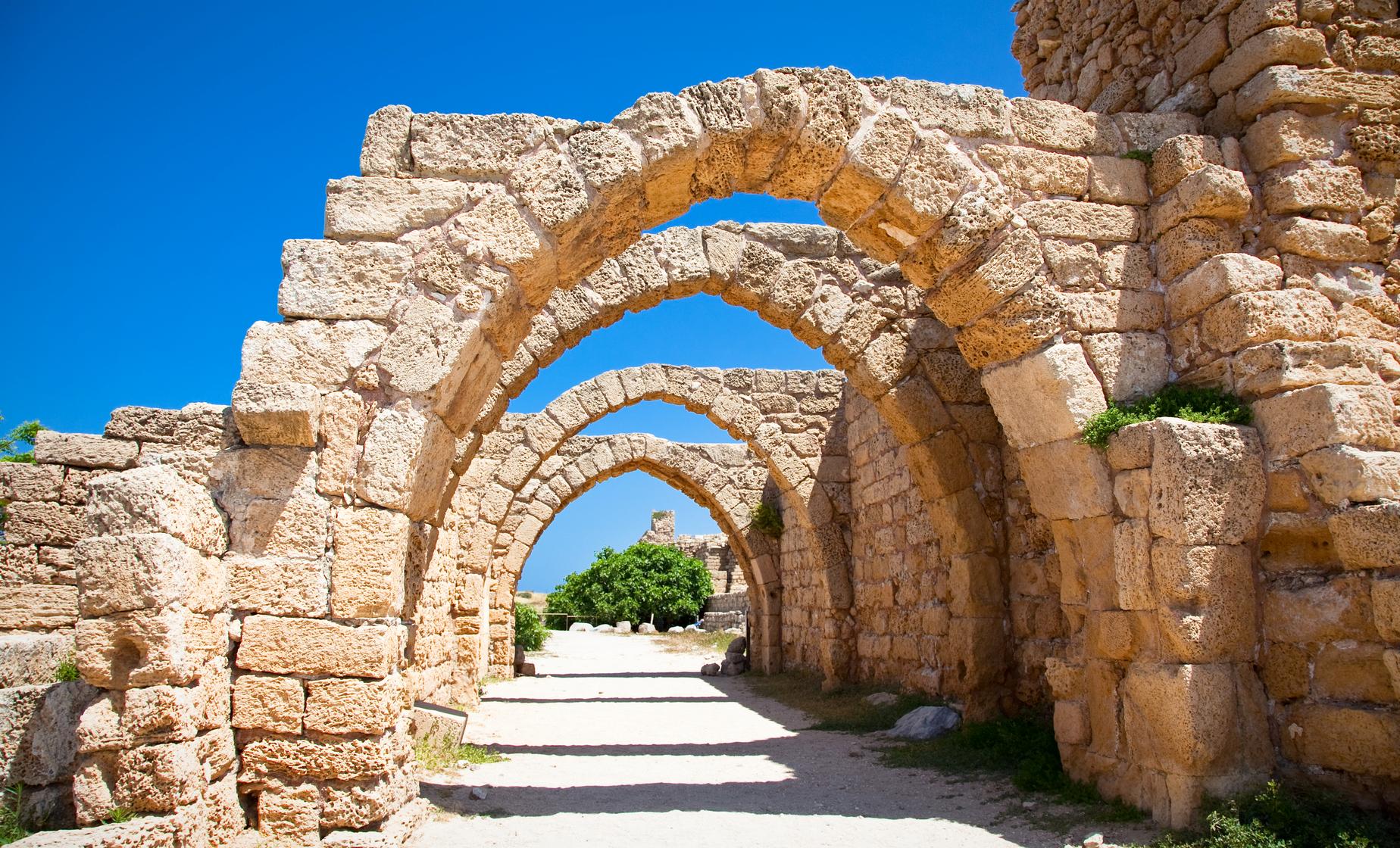 Review This Tour
From $78.00/person to $925.00/person (Select "Individuals" below) Price varies based on number of individuals in your group
Vehicles available for this tour accommodate groups of up to 45 guests maximum. Groups with more than 22 guests may be accommodated upon request. Please take this information into consideration when booking.
Choose Options My Cruise Itinerary
Summary
Shore Excursion SizePrivate Tour
Shore Excursion TypeCultural
Shore Excursion Duration4 Hours 30 Minutes
Activity LevelModerate
Shore Excursion Leaves FromShip Pier
Food/Beverage ProvidedNone
Recommended DressComfortable clothing and sensible flat-soled walking shoes are recommended. Sun glasses and sunscreen are suggested.
RestrictionsThis tour includes approximately 1 hours of walking and some steps, at times on uneven surfaces. The order of the site visits may vary.

Enjoy a private tour of Caesarea Maritime, one of the most important cities in the Roman World, the Roman capital of the province of Judea at the time of Jesus, and a much-recommended place to visit while exploring the Holy Land on this half-day excursion.

After meeting your guide on the pier in Haifa, they will drive you to Mount Carmel, approximately 60 minutes away, for a breathtaking view of Haifa Bay, the golden dome of Haifa's Baha'i Shrine, and Acre in the distance.

Drive along the ancient Via Maris to Caesarea and visit the ancient port city built by Herod the Great on the ruins of an ancient anchorage known as Stratton's tower. He named it Caesarea in honor of his Roman patron, Augustus Caesar. In 66 A.D., in Caesarea, which was the capital during the Roman period, the Jews of the city raised the revolt against Rome, touching off the Jewish War. Caesarea became an important Christian center that was alternatively conquered by Muslims and Crusaders until it was destroyed at the end of the thirteenth century. Among the magnificent array of archaeological finds you will see during your two-hour visit, are restored Crusaders fortifications, a Byzantine street and a Roman Theater.

A walk among the ruins cannot be complete without observing the splendor displayed in the Travel Through Time displays that combine to recreate a city being reawakened in front of your eyes. Then continue to the Tower of Time, where you can take a virtual tour of the city, enter buildings and visit the streets, even participate in various activities such as horse racing in the hippodrome, performances in the theater, roaming around the market booths, and receiving ships arriving at the port, all of which tangibly and powerfully indicate Caesarea's importance throughout the ages. After your tour, begin the 45-minute drive back to Haifa.

Restrictions
This tour includes approximately 1 hours of walking and some steps, at times on uneven surfaces. The order of the site visits may vary.