From $120.00/person to $1160.00/person (Select "Individuals" below) Price varies based on number of individuals in your group 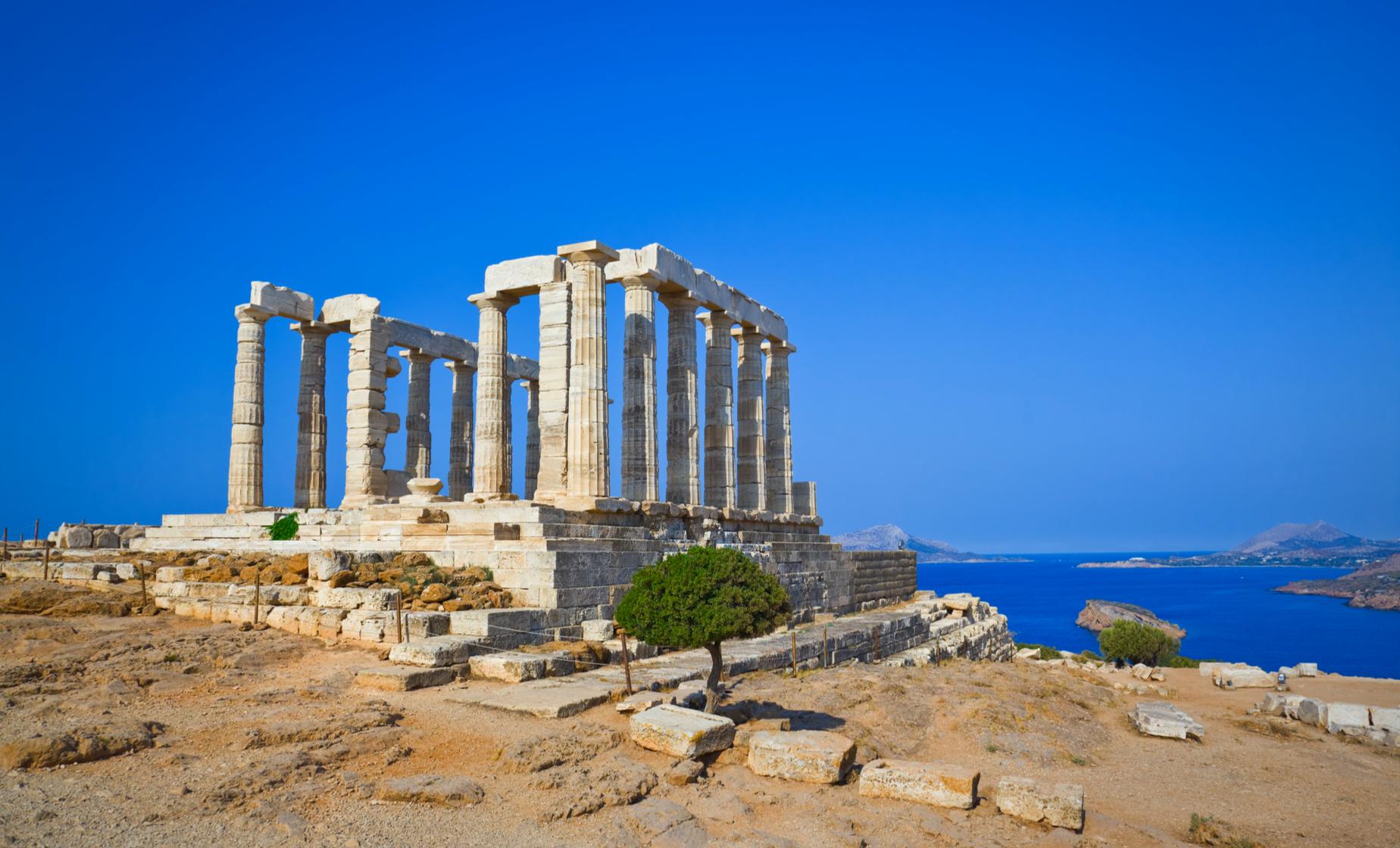 5Read 4 ReviewsReview This Tour
Choose Your Options View My Cruise Itinerary
Have More Individuals?!
Your message has been sent. Thank you.Close
Tour Details

Then, enjoy a city orientation drive viewing such sights as the Temple of Zeus, the Tomb of the Unknown Soldier and the former Royal Palace which is now the Greek House of Parliament. You will pass by the University of Athens, the Academy of Athens, and the National Library. Next, you will proceed to the Panathenian Olympic Stadium where the first modern Olympic Games were held in 1896. After a short photo stop at the Olympic Stadium, you will continue on to Sounion. A stop will be made for a traditional Greek lunch on the way.

The Greeks chose their temple sites with great care, taking into consideration the natural beauty of the location and its appropriateness to the god in question. Nowhere is this more apparent than the Temple of Poseidon at windswept Cape Sounion. Begin your journey to the Cape with a leisurely drive down the Saronic coast, past the beaches of Glyfada, Vouliagmeni and Varkiza. As you approach Cape Sounion, it rises like a sheer cliff out of the sea. Homer knew it as the sacred Cape and when Nestor describes the journey home from Troy, he mentions Sounion, the sacred promontory of Athens. The Temple of Poseidon stands majestically on a jagged spur atop the Cape. Gleaming white when viewed from the sea, it gave great comfort to sailors in ancient times who knew they were nearly home. The view from the temple is equally spectacular. Land masses to the west stand out in sharp profile: the island of Aegina backed by the mountains of the Peloponnese. Built in the time of Pericles, the architecture and dimensions of the building are identical to those of the Hephaisteion in the Agora of Athens. The beauty of the surviving Doric columns has inspired many poets, including Lord Byron who carved his name on one of the columns. Even great poets cannot resist a bit of graffiti. After your visit to the temple, you will drive back to the port.

Please Note: The Parthenon Museum is closed on Mondays. Therefore, more time will be spent at Sounion on Mondays. In winter months, tour itinerary may be altered due to opening times at the sites and limited daylight. Tours on Sunday require a supplement for guides and driver. This tour offers customized departure times between 7:30 AM and 7:00 PM. If your preferred departure time is not listed, please contact us to place your request.

Food/Beverage Provided
A traditional Greek lunch with wine is included.

Restrictions
To climb up to the Acropolis, guests must be able to walk over paved, inclined paths, some with steps, then climb a series of steps to reach the propylea. The walking surfaces on top of the Acropolis are uneven. At Sounion, the temple is reached by a packed dirt path leading up the hill.

5Based On 4 Reviews Review This Tour

Reviewer: Vanessa
We would have loved to spend more time in Athens for some free time but for the amount of time we had, the tour was perfect. Our guide, Nani was very knowledgeable. Lunch was delicious. The minibus was very new, clean and comfortable.

Reviewer: Barbara
We had a fantastic tour in Athens. Our tour guide meet us right at the gate. The driver brought us bottles of water- a nice touch. Our guide was very experienced, and a wealth of information. She really engaged with my two colleg-aged grand daughters. In fact, she had guided for the college of one of them. She inquired about our preferences for the day. It was very reassuring for us to have transportation, and a guide who could navigate us around the area, and speak the language. We highly recommend touring this way. ( I can't remember the guides name, but she was fantastic.) The driver was courteous and helpful as well.

Reviewer: Nelson, Mr G
I booked this excursion because a friend of mine strongly recommended it. We did good; what a great time.The relation value quality is the highest in value. I do believe that this is the best way to know these places in a short time.

Reviewer: Cruise Family
Our guide Laura, and the driver, Alexandros, provided an unforgettable tour for our party of 8. Laura was knowledgeable and upbeat, and kept our group's teenage boys focused with questions about Greek mythology. After the tour of the Acropolis and Athens, we stopped for lunch at an upscale restaurant along the coast. We were overwhelmed with the wide variety of delicious authentic Greek food and wine (and the boys were accommodated with more mainstream fare). On the way back from Cape Sounion, Laura and Alexandros graciously provided a side trip to pick up some Greek pastry for other members of our group. Amazing sites and an amazing tour.