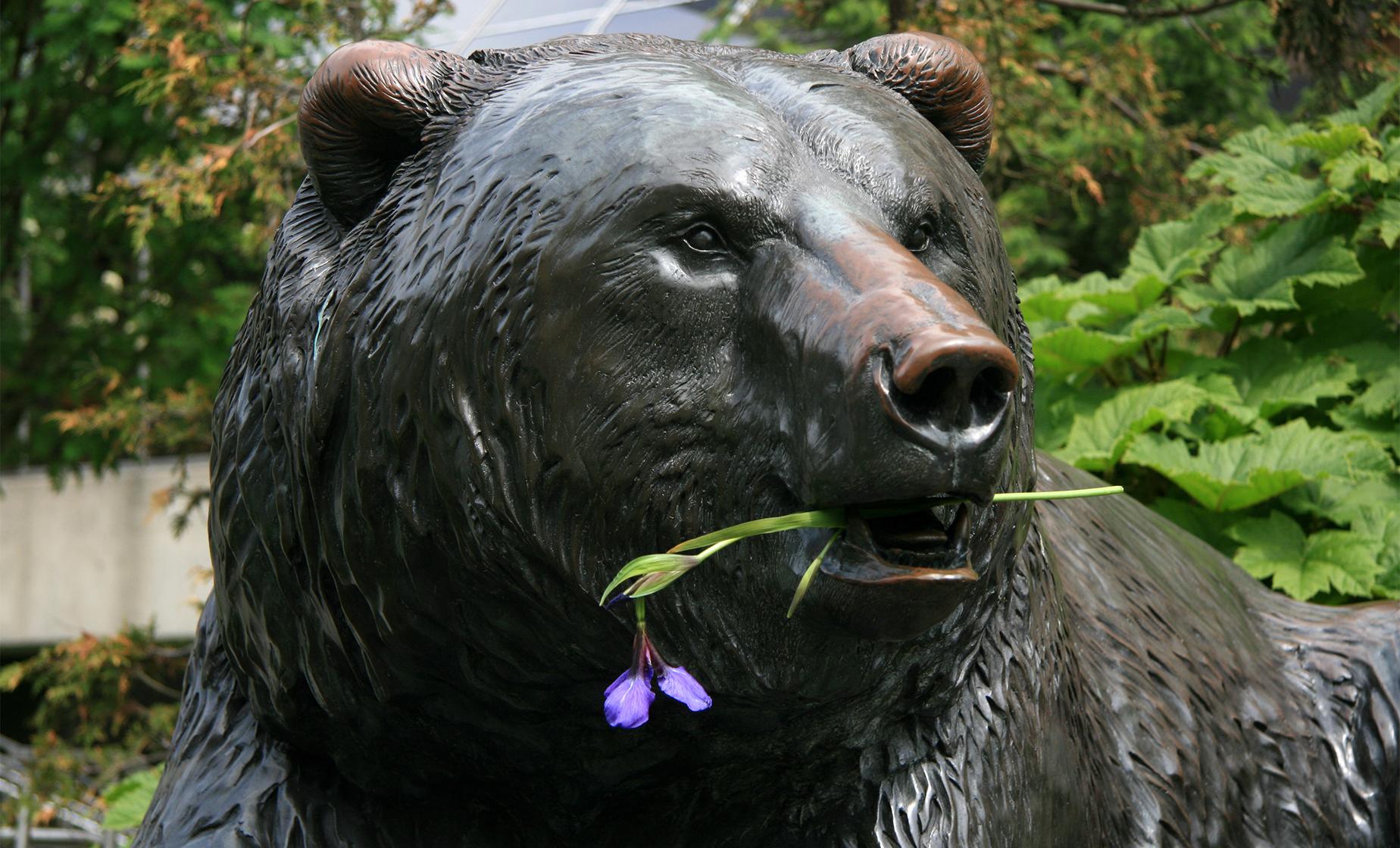 Discover this picturesque city and take the Sea Walk out to Juneau’s Whale Sculpture and see salmon spawning, eagles soaring and get a unique perspective of Juneau. With plenty of photos stops you will have a one-of-a-kind experience walking this beautiful city.

This tour is perfect for those who seek to get away from the crowds and see why the locals love it here! Your guided tour will begin with your tour guide meeting you at the “Welcome to Juneau” sign.

Your first stop will be the State Capitol Building. Alaska’s red-brick state capitol in Juneau is atypically austere, lacking a dome or sprawling grounds. The building does feature porticos of marble from Prince Wales Island, and inside, two murals depict the harvest from both land and sea, while carvings highlight the industries Alaska relies on for its livelihood. The Alaska State Capitol was completed in 1931 when Alaska was still a United States territory.

Your next stop is the Governor’s Mansion. Just a short, mostly uphill, walk from downtown sits this estate that was built in 1913. Along with a totem pole outside, the 26-room building has eight fireplaces to keep the wet, cold winter at bay. This is the official residence of the Governor of Alaska, the First Lady or Gentlemen of Alaska, and their families.

Moving along, you will tour the St. Nicholas Russian Orthodox Church. This church was built in 1893 and was listed on the National Register of Historic Places in 1973. Russians did not settle in the Juneau area while this was a Russian colony (1784-1867). Nor did the Russian Orthodox Church send missionaries to Juneau when the mining settlement started in 1881; however, the Orthodox Church became strongly established here through the efforts of the local Tlingit leaders.

As you’re taking in the incredible history of Alaska, and important landmark that could not be forgotten, is the House of Wickersham. This was the home of Alaska’s Pioneer Judge, James Wickersham, built in 1898 and listed on the National Register of Historic Places. It is important to know that the gold discoveries of the Klondike and Nome had attracted hordes of prospectors and, along with them, corruption and claimed jumping. By 1900, new criminal and civil codes, as well as the expansion of the U.S. District Court system brought the first law and order to the interior and the responsibility of the new District Court Judge, James Wickersham.

As your tour comes to an end, you will stop at the Marine Park to see the famous whale sculpture where you can take pictures with this life-sized breaching humpback whale, this will be a most outstanding day spent in Juneau!

Restrictions
Guests must be physically fit and able to walk up to 2.5 miles in 2.5 hours. Some hills and stairs throughout the tour. The tour takes place on paved sidewalks. This tour is not wheelchair accessible.

5.0 / 5  |  4 ReviewsReview This Tour
Great excursion
We expected there to be lots of people on the walk but it turned out to be only my wife and me. Anne Ward was our guide and she was great. We had an extensive tour of the Capitol and other interesting buildings in Juneau. I would go with her anytime and this same company anytime.
Reviewer: Lawrence Friedman

excursion review
great way to see the city and get some exercise.
Reviewer: LEONARD J GADZINSKI

Great Way to See the City
Our guides were wonderful and very knowledgeable. We saw the key sites of the city and particularly enjoyed the tour of the legislature. Perfect mix of history, current events, and information about famous residents, flora and fauna. Also great to get a long walk off the cruise ship. One note: there are a number of stairs to climb.
Reviewer: David Kuiper

Capital city walk
Lovely walk with a local guide. Highlight was capitol tour and opportunity to observe Senate in session. Only negative was that the rendezvous point was difficult to find; Welcome to Juneau sign was only visible from watet side and we were on the street side of it.
Reviewer: Marcia Beauchamp