Cartagena From The Walls 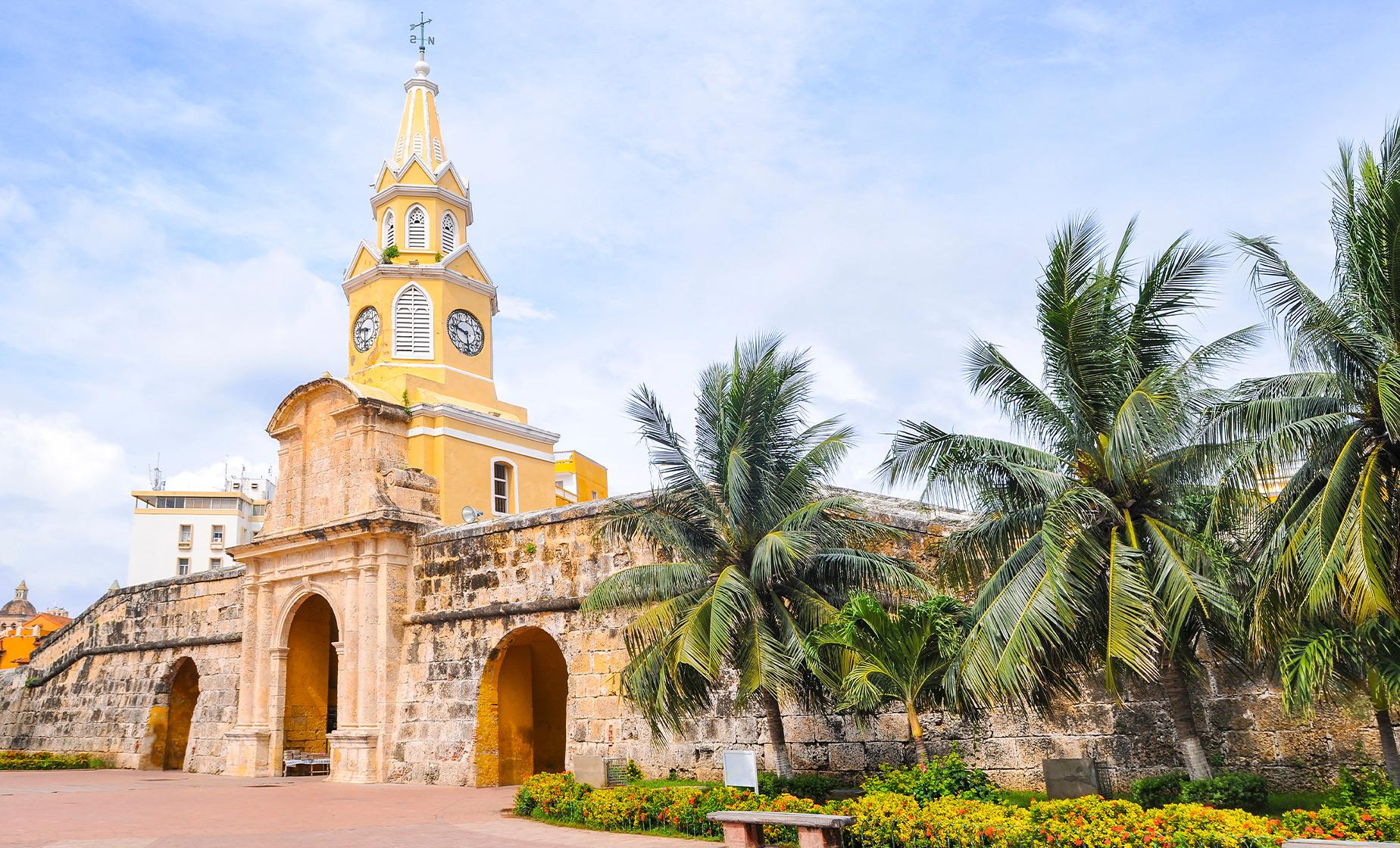 Cruise Ship Pier
Food/Beverage Provided Beverage (Water)
Recommended Dress We recommend wearing comfortable clothing and sensible, flat-soled walking shoes. A hat, sunglasses, and sunscreen are also suggested.
Restrictions This tour can accommodate collapsible wheelchairs; however, guests must be traveling with a companion to assist them. The tour includes moderate walking and guests who may be prone to heat stroke or have difficulty walking are advised against taking this tour.

Begin your tour with a sightseeing adventure on historic Manga Island, during which you will marvel at the intricate, impressive architecture of the Republican and Moorish style houses and buildings that dot the area.

Travel to the Parque de la Marina, where you'll begin your walking tour along the 17th-century walls of the city. Cartagena was once considered the "safe box" of Spain in Latin America, where the imperial power would house the gold, silver, and other commodities it had farmed from its other colonies. As such, strong, steep walls were erected to keep out marauding pirates and rivals.

There is no better view of the Old City than that which one sees when walking along the cities ancient, fortified walls. The height of the walls will reveal panoramic, sweeping views of the Old City, the bustling new city, and the crystal clear Caribbean Sea.

After some free time in the Old City, including a stop at the Simon Bolivar square, drive over to San Diego, where you'll visit the city's famed dungeon. Conclude your tour with a picturesque drive through San Diego, a photo stop at Cartagena Bay, and a ride back to your ship through the Castillo Grande neighborhood.

5.0 / 5  |  1 ReviewReview This Tour
tour guide Charlie
due to the time slot we chose, we ended up with a private tour and our driver and tour guide (Charlie) were very accomodating and polite. Charlie was very informative and we were impressed with his desire to learn the English language and interpret his city and country's history and culture...the tour encompassed the whole city, but didn't include the fort. Great experience. we felt safe.
Reviewer: Cindy