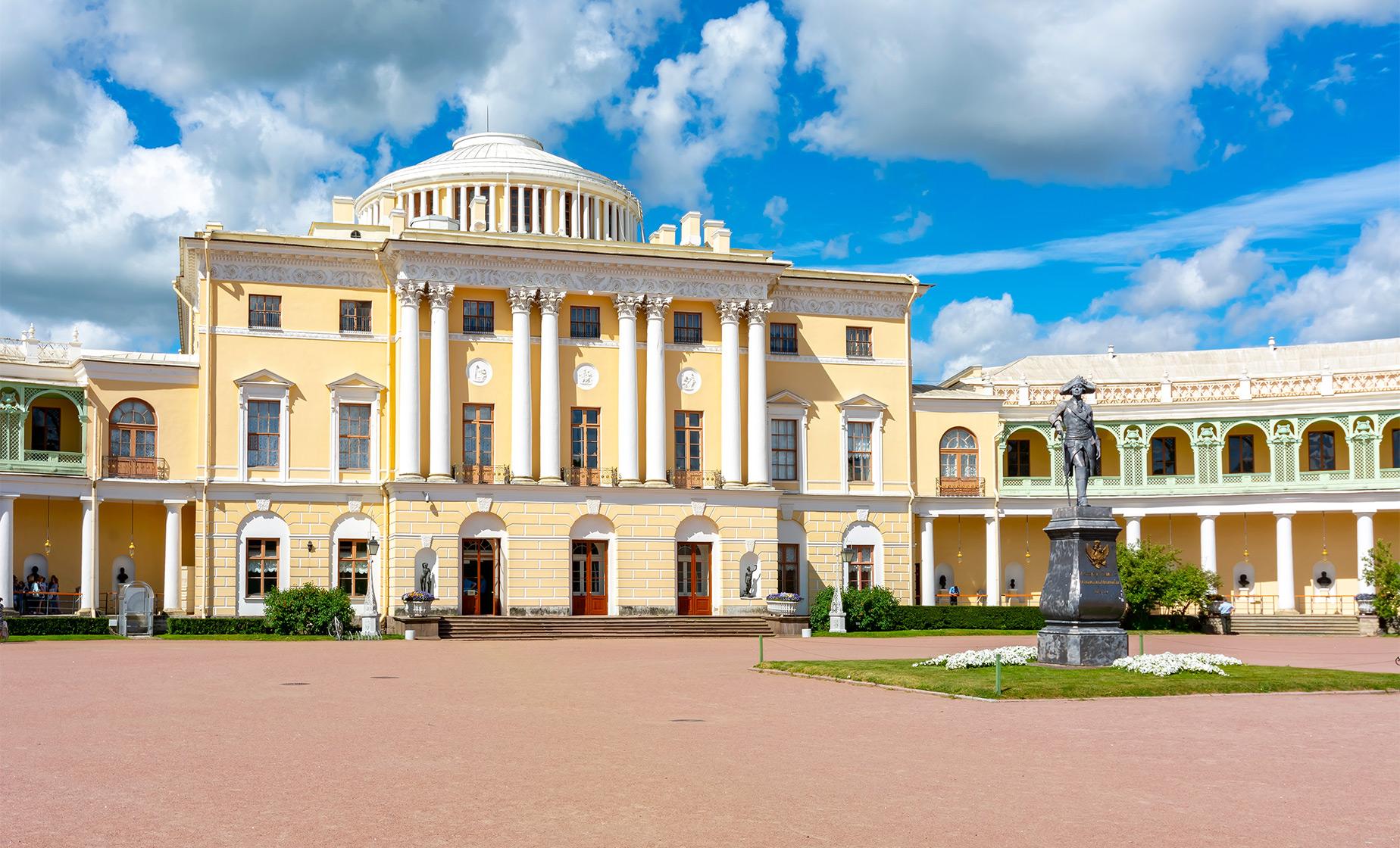 When St. Petersburg became the new capital of Russia in 1712, a series of impressive parks and palaces sprung up in and around the city including Catherine's Palace and the Pavlovsk Residence. During this tour you will go inside these magnificent summer residences in the city's suburbs and see first-hand how the Russian Emperors and Empresses lived.

Your journey begins at Tsarskoye Selo, the royal country residences of Elizabeth I and Catherine II, containing Catherine's Palace and the slightly smaller Alexander Palace. Step inside Catherine's Palace, an immense, Baroque-style palace of Catherine the Great, her daughter Elizabeth (Peter the Great's daughter) and her son Paul I. Stand inside the Grand Hall with its Gallery of Light, and be amazed at the intricate amber mosaics with gold leaf and mirrors decorating the walls in the breathtaking Amber Room. Take some time to look out over the beautiful park grounds with fine sculptures and pavilions. This palace is considered to be one of the best examples of classical architecture in Europe, and is a perennial favorite of locals and tourists alike.

Over at Pavlovsk Residence you will see the home of Paul I, Catherine the Great's son, whom he shared with Danish princess Dagmar, also known as Russian Empress Maria Federovna. This stunning residence was started in the late 1800s for Paul I and was home in later years to many Grand Dukal families. Here you will discover many fine treasures including a precious gobelin and porcelain collection. Don't miss out, save your spot on this 8-hour, imperial palaces tour today.

Restrictions
This tour takes place in historical areas. Therefore, it is not wheelchair accessible, nor for strollers or for guests hard of walking. Tour is not recommended for children under the age of 6 years. As per Russian Federation legislation all guests participating in shore excursions must keep with the group the entire time of the tour.