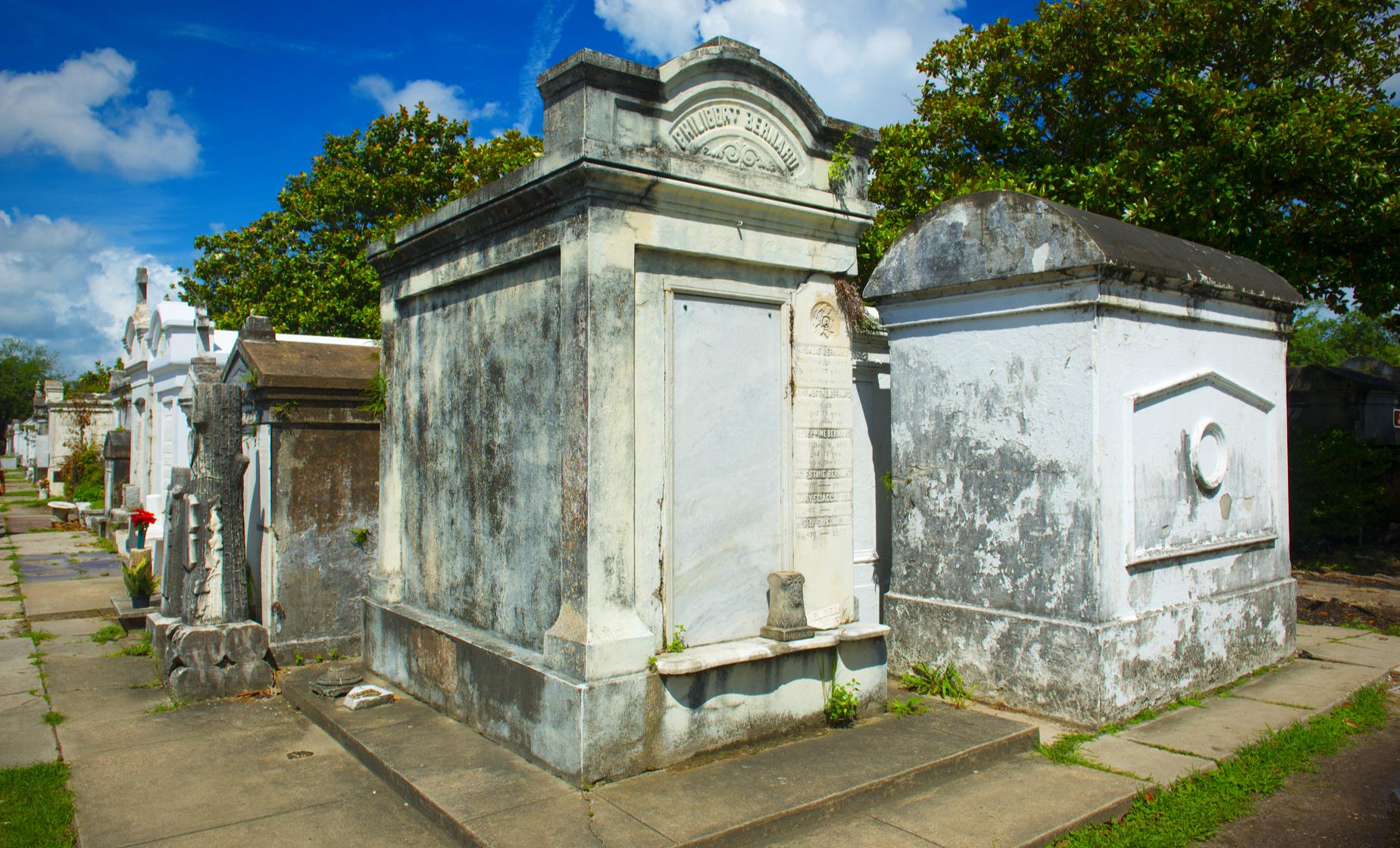 Travel through New Orleans in the comfort of an air-conditioned bus as you immerse yourself in the vibrant culture and history of the Crescent City. Your New Orleans city tour begins in one of The Big Easy's liveliest neighborhoods, the French Quarter. Home to the annual Mardi Gras celebration, the French Quarter is known for its Spanish colonial architecture; many of the buildings were built under Spanish rule.

As your New Orleans cemetery tour departs the French Quarter, you'll ride along the historic Esplanade Avenue, still lined with 19th century mansions as part of a "millionaire's row." Try not to get too scared at your next stop, the City of the Dead. The name comes from the above-ground tombs that resemble a small city in St. Louis Cemetery. Bodies needed to be buried above ground because of the water level, which can cause caskets to float up out of their graves.

The New Orleans city and cemetery tour continues at City Park, which features the largest collection of mature live oaks in the world, and has been the site of several duels in city history. Unfortunately, the park was severely damaged during Hurricane Katrina, when more than 1,000 trees fell over and most of the park was flooded under several feet of water.

Witness the rebuilding of the historic Ninth Ward, devastated by Hurricane Katrina in August 2005. Organizations including Musician's Village and the Brad Pitt Make It Right have revitalized this resilient neighborhood.

The final stops on your New Orleans bus tour are the Garden District and the Warehouse & Arts District. You're bound to see a Louisiana streetcar or two in the former; the famous St. Charles Streetcar Line, the oldest of three operating streetcar lines in New Orleans, runs through the Garden district. And keep your camera handy in the Arts District as you pass by world-class art galleries and museums before returning to the French Quarter. Exploring New Orleans by bus is one of the easiest and quickest ways to see what the city has to offer. Book your tour today and get ready to make some new memories.

Please Note: Pick up begins approximately 90 minutes PRIOR to scheduled tour departure time. The closest pick up location to the cruise terminals is the Embassy Suites on 315 Julia Street. It is about a 5 to 15 minute walk or a 2 to 5 minute taxi (not included, approximately $7 US), depending on where your ship is docked. This tour is not a transfer tour, and cannot accommodate luggage.

Restrictions
Access to the second floor of some buildings requires the use of stairs.

Reviewer: Lauri Bennett
Wonderful tour, pick up and drop off was very easy . Our tour guide was very knowledgeable .