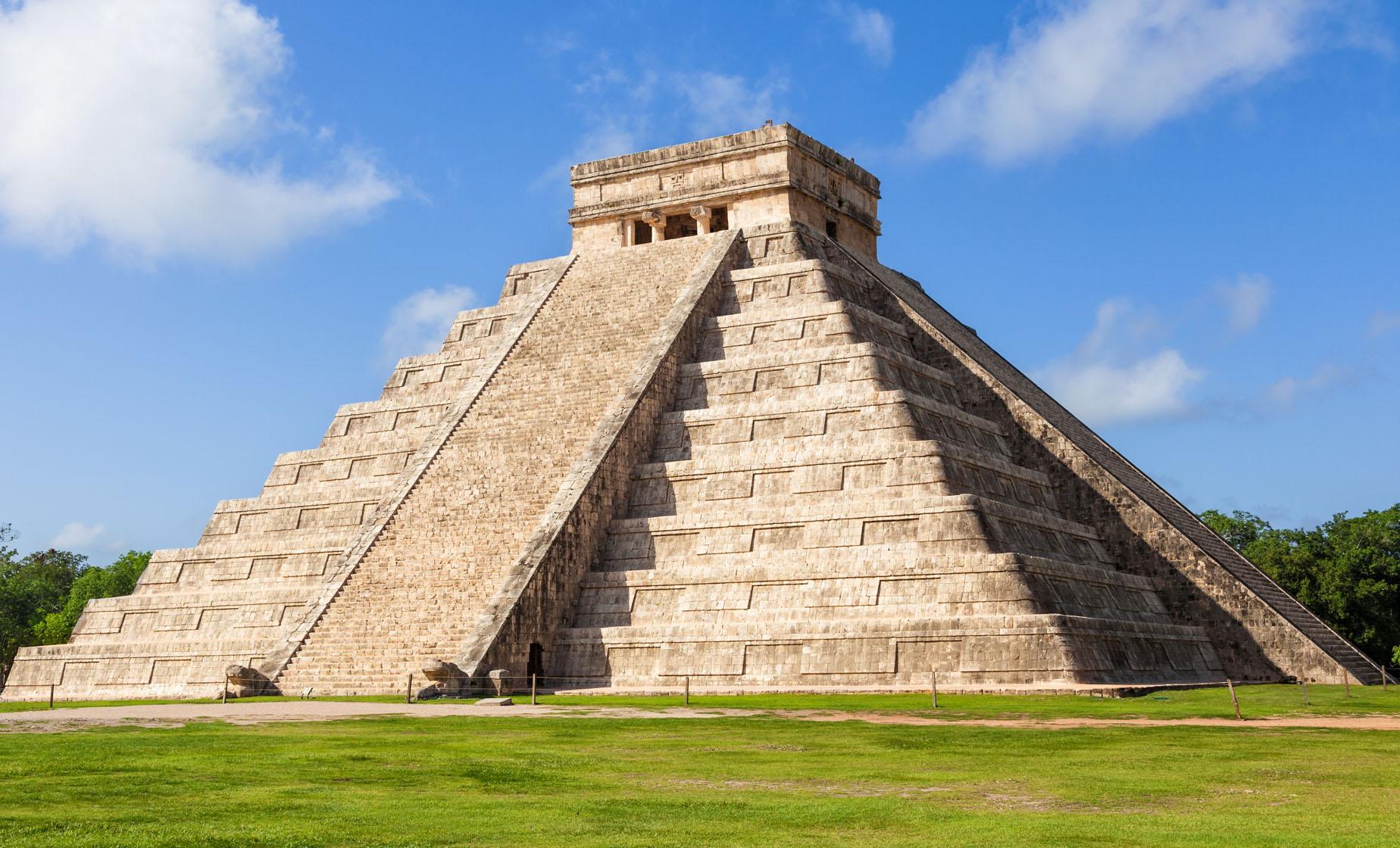 Take a trip back in time with this visit to the famous Mayan ruins in Chichen Itza. This Progreso tour takes you to the ancient city for a fun history lesson full of great photo ops. Reserve your spot on this Chichen Itza tour and learn all about this area's storied past.

Chichen Itza, one of Mexico's most visited sites, was once one of the most important cities in Mayan civilization and among the most powerful. As other city centers declined, Chichen Itza ascended and enjoyed unquestionable regional reign until the city saw its own decline starting around 900 A.D. During its prominence, Chichen Itza served as a prominent regional capital that centralized and dominated many political, ideological and economic aspects of the area.

On this cultural excursion, expect to see plenty of impressive structures from those times including the Temple of Kukulkan and the Great Ball Court. The Temple of Kukulkan stands about 100 feet high, and it is known for its step pattern that resembles the shape of a snake; Kukulkan is a notable snake deity in Mayan history. What's particularly impressive about the temple is the series of shadows created during the spring and fall equinoxes. When the sun hits the NW corner of the structure, there are shadows that make it appear as if a serpent is slithering down the pyramid.

The Great Ball Court is among the biggest ballcourts in ancient Mexico and Central America; it's also one of the most well-preserved. It's longer than a football field (roughly 190 yards) and surrounded by walls that are 8 yards high. Just like at the Temple of Kukulkan, snake odes and carvings are a common sight. Other big attractions on this tour include the Sacred Well and the Observatory. This is a moderately paced tour, so make sure to wear comfortable clothing and shoes. Light snacks such as croissants and sweetbreads are included in the tour price. Book your Progreso tour now before space fills up!

4.9 / 5  |  13 ReviewsReview This Tour
Smooth Trip
The tour was great. Once we got off the boat, we took the local bus to terminal building. There was a person in green shirt waiting for us at the building. They drove us on a van to their office meeting area. Then a different van came picked us up to Chichen Itza. Our tour guide, Juan was very knowledgeable about the history of Mayan and great storyteller. I really enjoyed his witty sense of humor. I wish the tour was longer, but the drive took a lot of time. On the way back, the driver took us right to the cruise, so we didn't have to take the bus. On the side note, I really liked the lunch snacks they gave us. Even though it was just simple ham sandwich, but it was tasty. I highly recommend this tour if you take the cruise to Progreso.
Reviewer: Richard

Really Enjoyed the Ruins
My buddy and I really enjoyed the Ruins. It was a 2-hour ride from the port to the Ruins. Our tour guide was great. He was knowledgeable and funny. He provided information regarding Mayan history and culture. The Ruins were amazing, and I would definitely go back.
Reviewer: KEVIN B LACORTE

Chicken Itza Mayan ruins
Wonderful guide and group. They were very friendly and knowledgeable. Brought us back to the ship on time. Would recommend them to anyone who wants to visit these ruins.
Reviewer: Anand

Fabulous!
Juan was a fabulous guide. He told a lot of stories about how the ruins were found and what all of the structures meant. One thing, the A/C on the bus wasn't working. That's the only complaint I have.
Reviewer: Sherrie Holliday

Best Excursion
They did a great job of taking care of us. Our tour guide was great. Nice to have a local person to explain the culture and history of the area. Pleasant drive there and back. Kept us supplied with water and fruit juice. Had a nice snack for us on the way back. The tour was well paced with some time to explore and shop on our own. Great experience.
Reviewer: Gina

Great Trip
The whole trip was organized very well. We were on time and the Guide explained all about Mayan culture and temple. Kids had lot of fun and were excited.
Reviewer: Madhukar Gandra