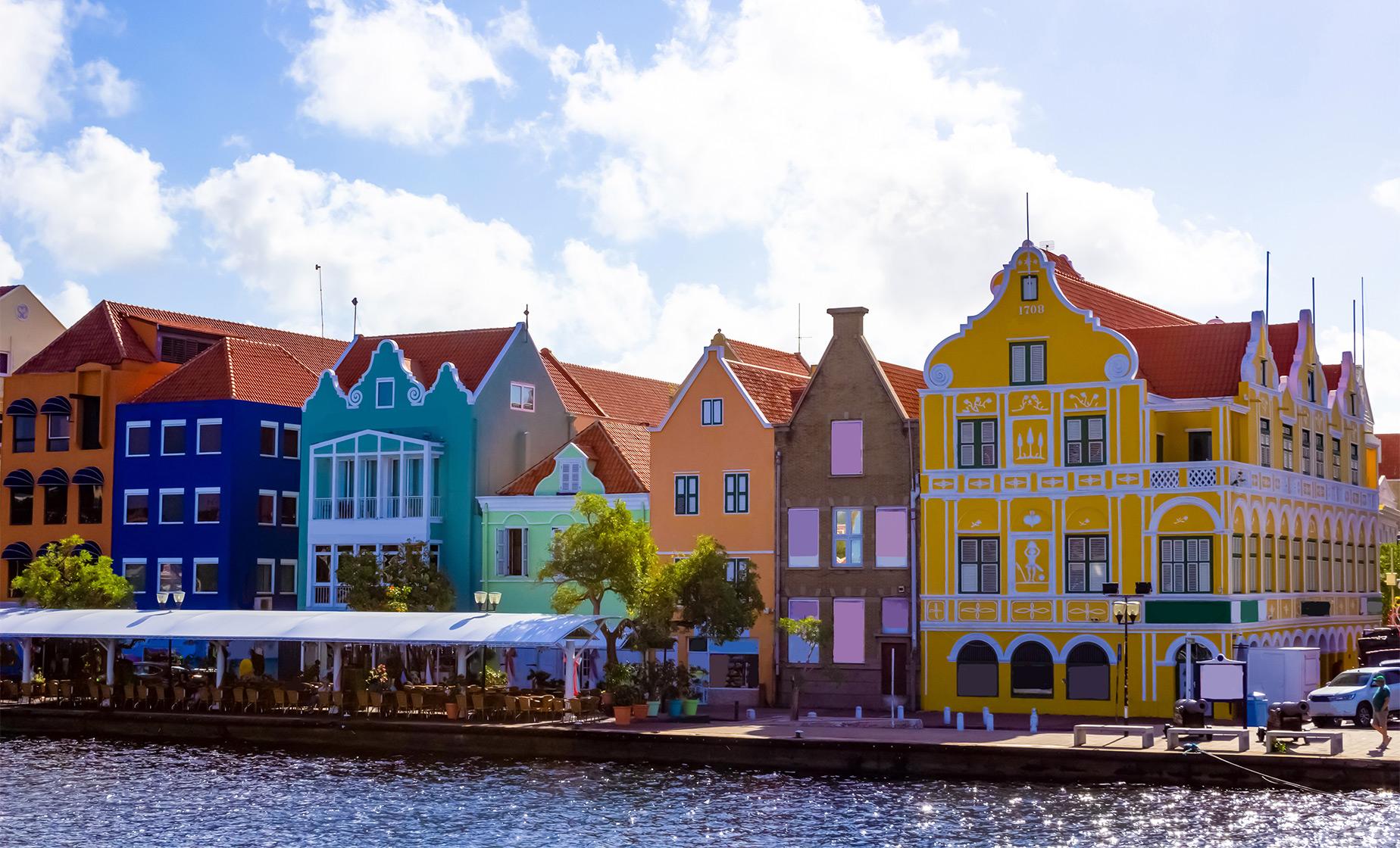 Your tour will begin with a drive to the salt plains and flamingo park with a chance to see the beautiful pink flamingos.

Continue to the Hato caves for a guided tour inside. These caves had a utilitarian purpose during the early days of the slave trade in Curacao; escaped slaves used them as hiding places, and lived in them for months at a time. Even before the arrival of Europeans and slaves, the Amerindian Arawaks used them for shelter, and left behind cave drawings, or petroglyphs, estimated at 1,500 years old. Guides will take you through the caves. They'll point out the apocryphal and fanciful stories behind some of the stalactites and stalagmites; in the eerie lighting, some take on shapes and are called the Pirate's Head, the Sea Tortoise, and the Giant of Jack and the Beanstalk fame.

After your time in the caves you will have approximately 3 hours for swimming and relaxing at a gorgeous beach highly recommended for snorkeling and diving. Almost all Curacao beaches are scattered along the sheltered and calm southwestern coast, where the waters are smooth and crystal clear.

Upon returning back to the pier area you will be provided a city tour in the shopping area of Punda. The World Heritage City of Willemstad - Punda, was established in the mid-1600s. Willemstad's covey of structures recall the quaint designs of Amsterdam, with exquisite 17th and 18th century Dutch colonial buildings not to be found anywhere else outside of the Netherlands.

Recommended Dress
We recommend wearing your bathing suit under comfortable clothing and walking shoes or water shoes. A hat and a beach towel are suggested.

Restrictions
Guests must be able to step in an out of the vehicle. This tour is NOT wheelchair accessible. Infants under 3 years old are free when sitting on an adult's lap. Proof of age is required for a child to go free.

4.6 / 5  |  45 ReviewsReview This Tour
Perfect Day
This excursion was perfect. It gave us the opportunity to see the best of this country. Our tour guide Rosie was very knowledgeable of the county and kept the trip fun and entertaining. We could not have asked for a better day. Thank you for providing this great experience
Reviewer: Diane L Chizek

Good
We really enjoyed the caves and the found the city tour very informative. We found the beach too crowded and we weren't pleased that there was a fee for the lounge chairs.
Reviewer: Kathryn Monsma

Amazing Experience
The tour was fabulous and the caves were amazing. Be prepared to walk up and down some narrow steep steps.
Reviewer: Laurie Kisovic

Excellent choice!
Excellent overall tour! Be patient with meet-up & start of tour as there are a TON of people walking around. Alejandra, our tour guide, was excellent and kept us engaged. My wife and I got great pictures throughout this beautiful island! I highly recommend this excursion, but ensure you read up on the activity level required.
Reviewer: Leland White

Nice way to see the sites!
The tour guide and driver were friendly, knowledgeable and made our visit to their beautiful city fun and relaxing. Loved seeing the pelicans and the beach was wonderful. The caves were impressive and better than I had imagined. I would use this tour group again.
Reviewer: Cynthia Busch