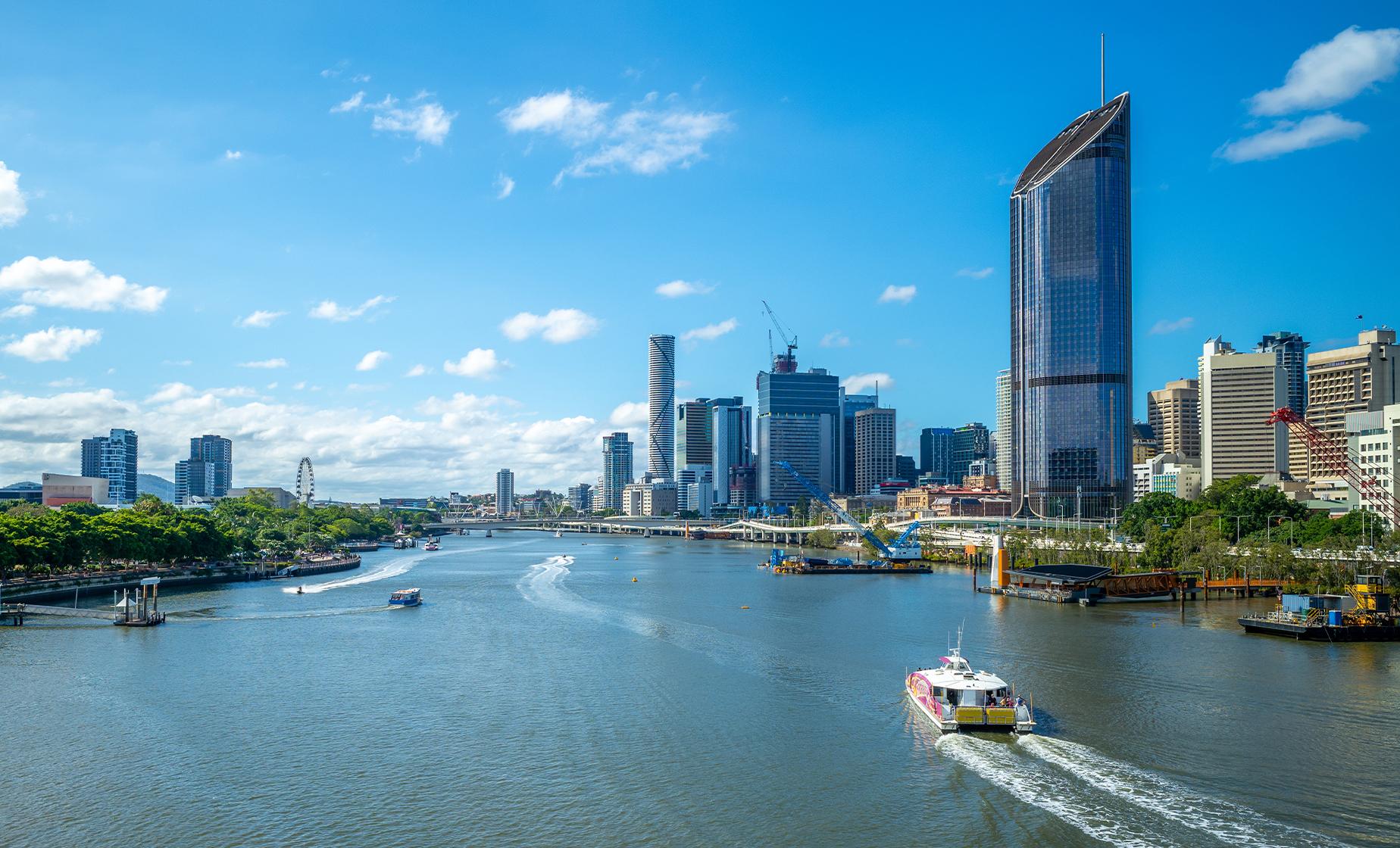 As a growing city with one of the fastest growing economies in Australia, Brisbane is becoming a major center of innovation and development. On this Brisbane City Tour, you'll get an overview of the city, from its bustling center to its diverse suburbs. See the sights by land and by sea.

In the midst of an economic boom, beautiful Brisbane invites you on a guided journey to see its progress. Your cosmopolitan and nautical adventure takes you through the historically beautiful City Botanic Gardens beneath the heritage listed Story Bridge, a steel cantilever bridge crossing the Brisbane River.

Next, you'll encounter the seat of the Queensland Government in Australia's third largest city. The French Renaissance Revival-style Parliament House is a true marvel, boasting a zinc roof. See Anzac Square, named for the Australian and New Zealand Army Corps, and its Shrine of Remembrance honoring war veterans on your way to see the Wheel of Brisbane. At 197 feet, its 42 air-conditioned capsules give a 12-minute ride, providing stunning views of the city.

Head to the Kangaroo Point Cliffs for more panoramic views of Brisbane and the river, before crossing Story Bridge on your way to Fortitude Valley. This suburb of Brisbane is known for its night life, live music, and trendy clubs. Travel through Chinatown as you make your way to the Queen's Street Mall, for the next part of your tour.

All aboard! You'll board a comfortable boat and cruise delightful Brisbane River. As you pass the lux, the waterfront homes enjoying the Brisbane skyline, you'll drift beneath the Story Bridge, seeing the foundation of the gigantic structure. Enjoy Devonshire Tea while on board your river cruise while enjoying the gorgeous views. Finally, you'll see the spectacularly beautiful South Bank Parklands. Take in the man-made beaches and riverfront promenade as you prepare to depart.

Opting to comfortably see Brisbane's sights from land and water is a sound move. Book this Brisbane tour now for an unforgettable experience at a valuable price.

Shore Excursion Departs From
Numerous area hotels. Please select a hotel above. Cruise passengers should select the Gray Line Australia Office, Brisbane Transit Centre, Level 3, which is a 10 to 30 minute taxi ride (not included, approximately 20 AUD to 40 AUD each way) from the cruise pier, depending on where you are docked. (Full details will be provided in your electronic ticket upon confirmation.)

Food/Beverage Provided
Devonshire Tea onboard the river cruise is included.

Recommended Dress
We recommend wearing comfortable clothing and sensible, flat-soled walking shoes. A hat, sunglasses, and sunscreen are suggested. Some guests may appreciate a light jacket.

Restrictions
This tour can accommodate customers with a folding wheelchair. Customers must be able to walk short distances and/or a few steps on their own. Children ages 2 and younger may attend the tour free of charge, provided that they do not occupy their own seat.