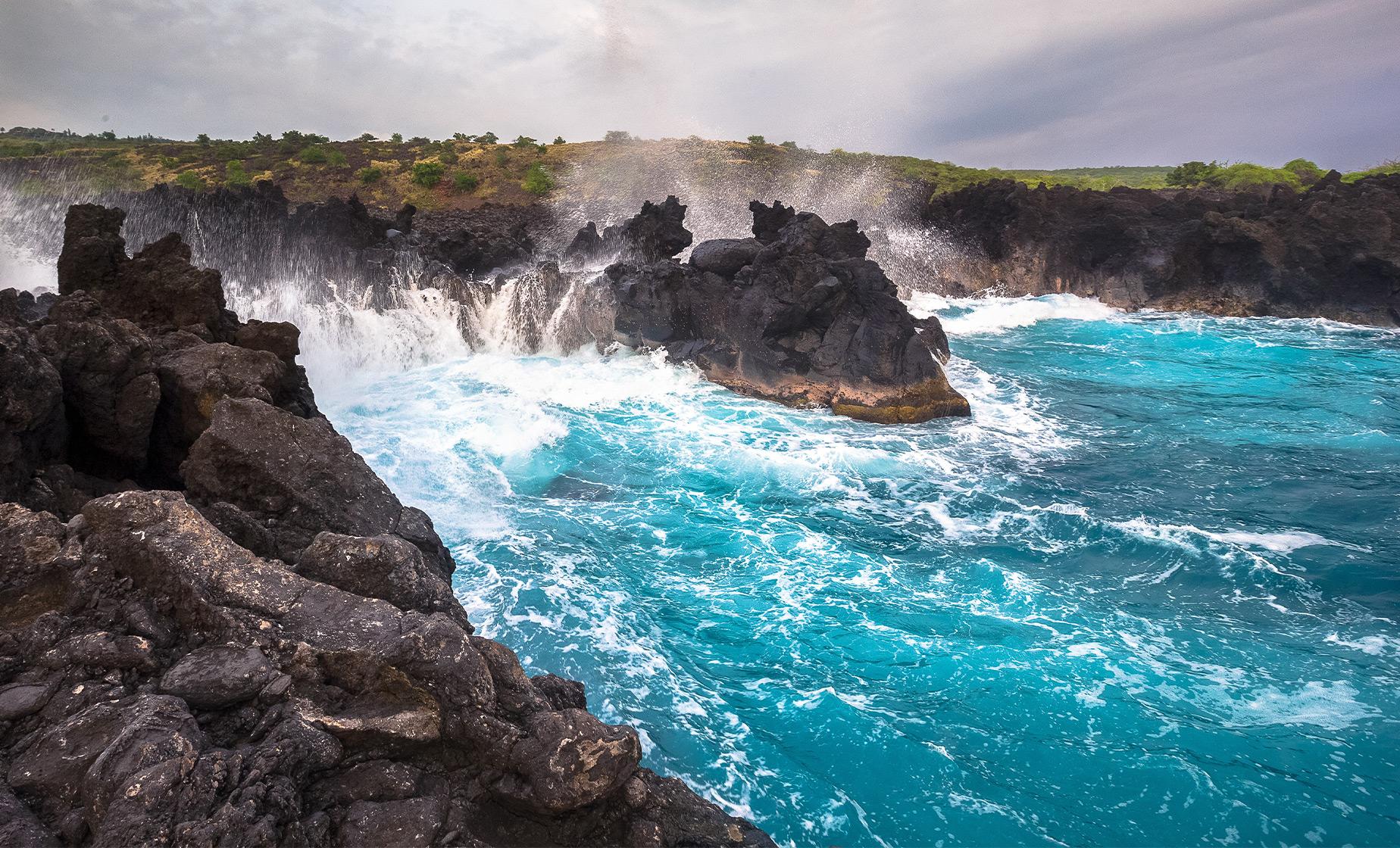 Hawaii has something for every traveler. On this Kona tour, you'll find yourself enjoying island history, scenery and culture at some of the area's top attractions. Join us now for a tropical adventure!

This coastline tour provides the perfect opportunity to capture the area's natural beauty. You'll have the chance to travel along the Kailua-Kona coastline and look at beautiful surf breaks and white sand beaches. During the tour, you'll stop at multiple attractions including Kalahu'u Beach Park and Kuamo'o Bay. The former is a favorite snorkeling location for locals; the park is known for its large population of sea turtles. As for Kuamo'o Bay, it was once the site of a notable battle and doubles as a burial location.

Kona is known for its delicious coffee, and you'll get to try some on a farm tour at a local coffee plantation established in 1850. Next you'll visit Pu'uhonua o Honaunau National Historical Park, a sacred refuge site. Here, individuals who broke sacred laws could escape the punishment of death; anyone who entered this place was considered untouchable. Before heading back to Kona, pay a visit to the scenic Kealakekua Bay and its notable Captain Cook monument.

After a fun-filled morning of culture and history, leisurely spend the rest of your day in Kailua-Kona browsing local boutiques or with your toes in the sand at the beach just along the waterfront.

Food/Beverage Provided
A snack and beverage is included.

Restrictions
In Hawaii, child safety seats are required by law for children under the age of 4 and booster seats are required by law for children ages 4 through 7. Children may not ride on the laps of their parents or guardians. Seats may be available upon request at time of booking. Please use the appropriate field above to request safety seats for your children if necessary. Please note, all participants, regardless of age, must be accounted for at the time of booking.

5Based On 14 Reviews Review This Tour

Reviewer: David Faraca
Great tour Comfortable and very informative. The tour came off without a hitch.

Reviewer: Eddie & Kathleen Gregory
Josh was our guide, and he was amazing. We not only saw the beauty of the land but he gave us the history of the inhabitants as well. The Kona coffee tour of Greenwell Farms was most informative, friendly guide. Overall it was money well spent.

Reviewer: Olga Sagalovich
There were only two couples on this small group tour. The driver/guide was very good. The places we visited had great views and we learned a lot about the rich Hawaiin history of the big island.

Reviewer: W Galley
Jill gave us a very educational, authentic tour of cultural and historic places around Kona. She knows the area well having lived in Hawaii her whole life. Definitely recommend this excursion.