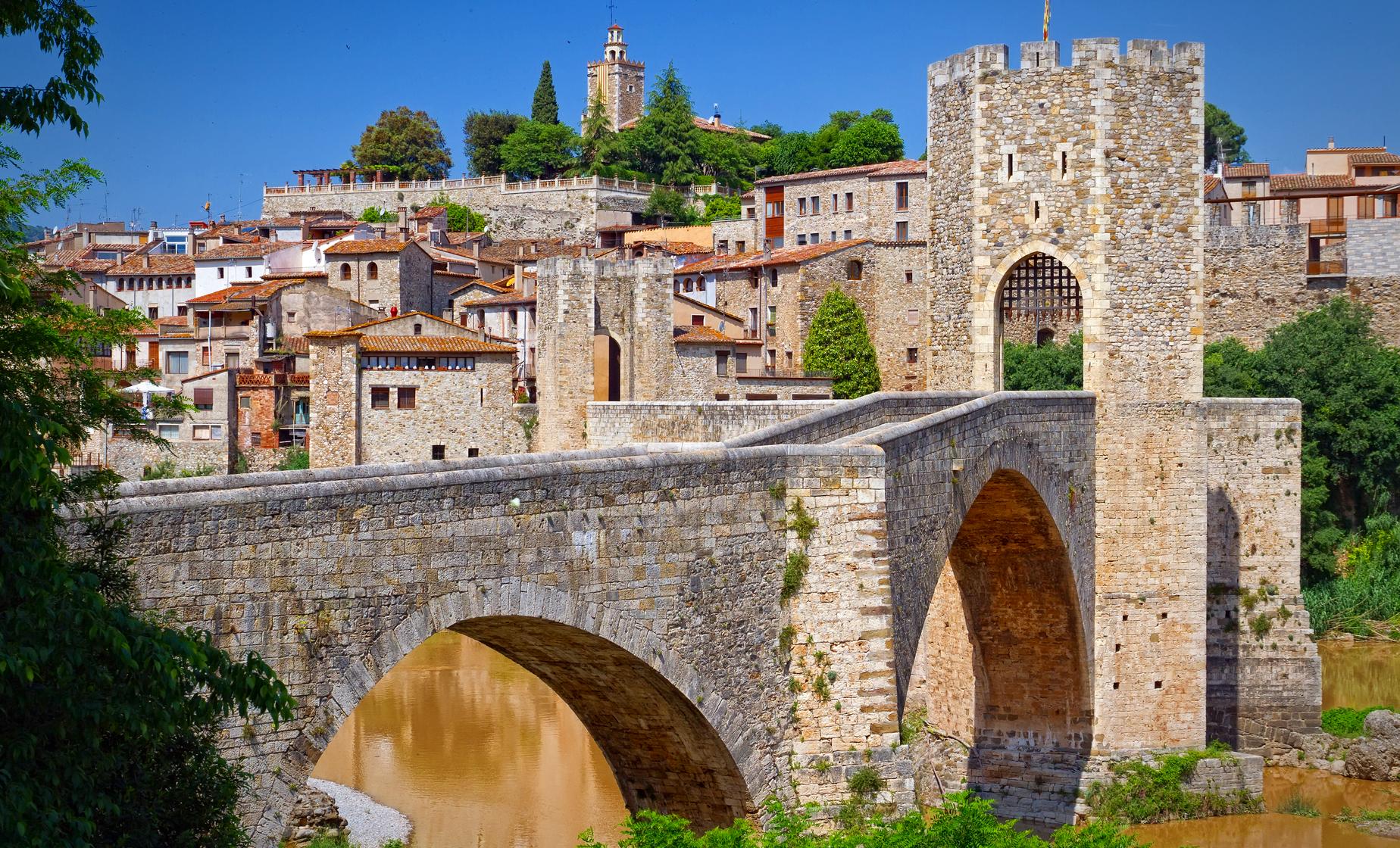 This luxurious day trip from Barcelona takes you to three of Catalonia's most precious gems--world-class art, architecture, and landscapes. You will walk through the surreal halls of the Dali Museum, explore the medieval streets of Besalú all the while taking a fully-guided tour of the lovely city of Girona.

Your day trip starts early to get you to Figueres (home of the Dalí Museum) before the crowds descend. Don't worry about breakfast; you'll have time to grab a bite at a traditional cafe before stepping inside the strange world of Salvador Dalí. When the doors to the Museum open you'll be one of the first groups inside so you'll see the most popular rooms before they get too crowded. The most famous of these, which is also your first stop, features some of Dalí's favorite small canvases, including an intimate series featuring his wife. The rest of the museum defies easy description.

Dalí himself designed this space as a gift to his hometown, repurposed from an old cinema. Many of the exhibits incorporate architecture of the exhibit building (as in his version of The Sistine Chapel), blurring the line between art and space so that you feel as if you've wandered into the mind of the artist himself. There are 3D models, mechanical inventions, an enormous portrait of Abraham Lincoln that can only be seen through a camera lens, and an entire room that, when viewed from afar, looks like a portrait of Mae West.

You will learn about Dalí's tumultuous life, his influences, his loves, and of course, his obsessions. In the end, you might not understand everything, but you'll certainly gain a deeper appreciation for the mad genius of 20th-century art. A short drive from the organized lunacy of the Dalí Museum, the idyllic town of Besalú sits nestled in the hills. Crossing its jaw-dropping, Romanesque bridge, you'll stroll around the town's winding streets and learn how it came to prominence in the Middle Ages and played an essential role in the unification of Catalonia.

By now you have probably worked up an appetite so you'll sit down for lunch made with fresh local ingredients paired with a glass of wine at one of our favorite restaurants (included).

Your final stop will be the famous walled city of Girona. This ancient metropolis predates the Roman Empire and is packed with medieval architecture, beautiful cathedrals and an immense amount of fascinating history. In the last 2,000 years, conquered by everyone from the Moors to Napoleon Bonaparte; it fits then, that it's also home to many filming locations for the cult-status TV show, "Game of Thrones." You'll see this, and other filming locations, along with the inside of the Girona Cathedral. Your tour also includes a stroll along the old city walls and finishes in the old Jewish Quarter which is one of the best preserved and most historically-significant in Europe. Here your guide will tell you all about the Jewish community's fraught history in Spain and how their influence continues to shape Spanish culture today. After that, you'll have a little bit of free time before heading back to the bus. You'll drive over a bridge designed by Gustave Eiffel and be back in Barcelona in just a little over an hour (traffic permitting).

Restrictions
This tour takes place in historical areas and, therefore, is not wheelchair accessible, nor for strollers or for guests hard of walking. Guests must be 18 years of age to consume alcohol. If you have any dietary requirements please contact us before booking and we will do everything we can to accommodate you.