You are here: Home > Destinations > Europe Shore Excursions > Rome (From Your Hotel) 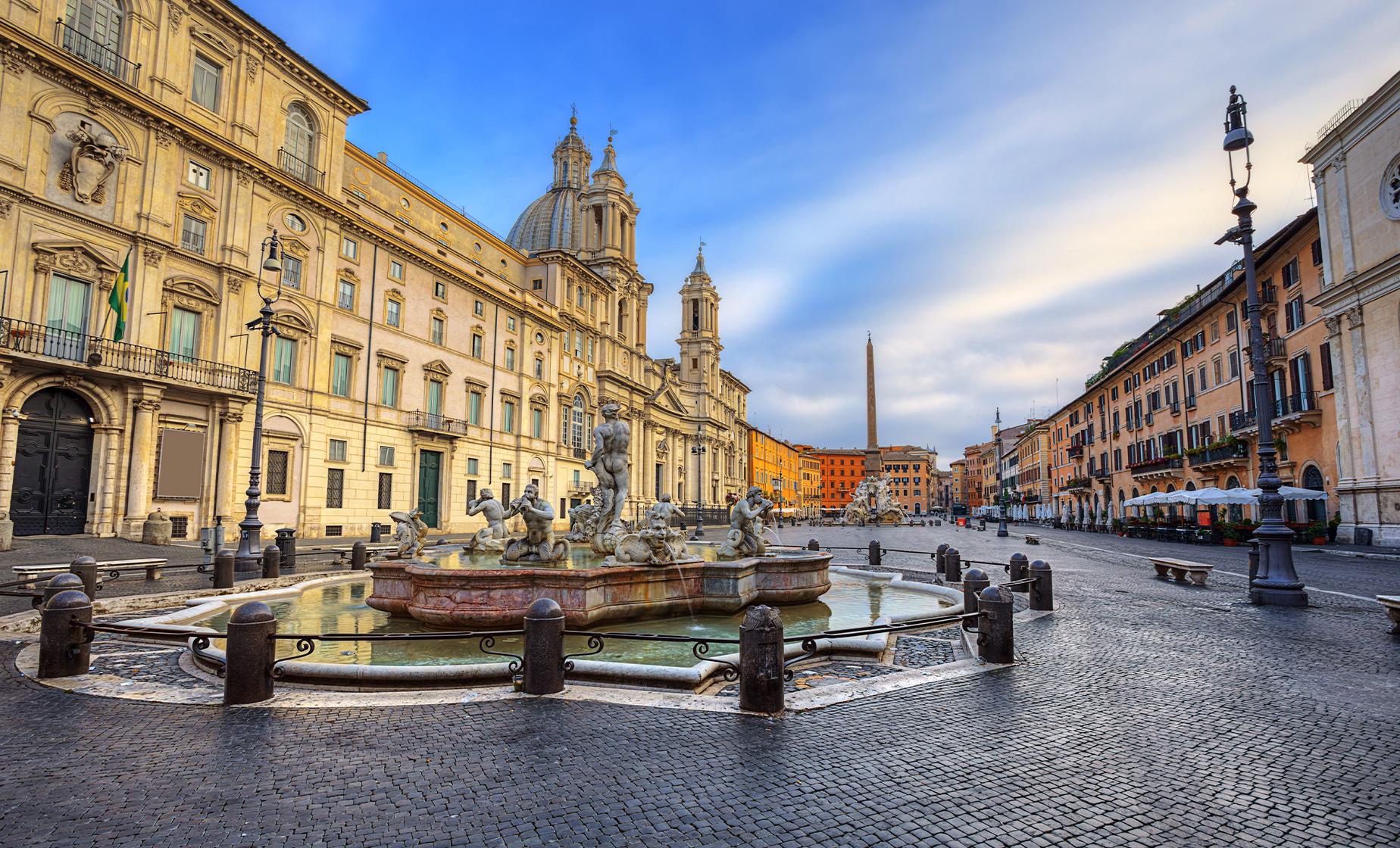 Walk through Rome to Many Famous Attractions

This Roman walking tour is a charming adventure through Italy's capital. Follow your guide to historic castles and through luxurious shopping centers as you live like a true Roman for the day.

Start your Rome city tour at Campo' de Fiori, which is full of charming small cafes, where you'll have the chance to enjoy one of the most famous markets in Rome! After exploring the noisy square for a little bit, your expert guide will take you to Piazza Navona, site of the beautiful Four Rivers fountain by Bernini and then on to Palace Madama, a Renaissance building that is now the seat of the Italian Senate. A short walk away is the Pantheon, one of the greatest and best preserved Roman temples in the world. In the 7th century it was transformed into a church and remains one of the most astonishing sites in the Eternal City. Don't forget to admire the beautiful fountain outside, built by Giacomo della Porta.

Your local Rome guide will take you to the best places to find delicious Italian favorites, and the best espresso in Rome. Admire the famous landmarks of Rome as you stroll through the center of the city. Then head a little further along to the beautiful Piazza Colonna, home to Palazzo Chigi, the seat of the Italian government, and nearby Montecitorio, the house of Parliament. Stop for a well earned break at Rome's best gelateria, where you can purchase some of its famous icy treasures.

Wind your way through alleyways to the Trevi Fountain, the iconic spot featured in the movie "La Dolce Vita," filmed by Federico Fellini in 1960. Be sure to throw a coin into the fountain and make a wish!

Complete your Rome walking tour by visiting another gem: the Spanish Steps, one of the city's most famous spots and home to the Barcaccia Fountain by Bernini. Walk along Via Condotti, a street filled with high end boutiques as well as ancient local favourites such as Antico Caffe Greco, which has been a meeting point for artists and philosophers for centuries. This is one of the best places in Rome to find a mix of old and new and your local guide will, of course, be giving you plenty of fascinating insights along the way. This Rome walking tour is the ideal way to spend your time in Italy's magnificent capital.

Shore Excursion Departs From
Central Rome. (Full details will be provided in your electronic ticket upon confirmation.)

Food/Beverage Provided
Tastings of espresso, gelato, cheese and local charcuterie, and one glass of wine.

Recommended Dress
As you may be visiting a religious or memorial site, shoulders and knees must be covered. Sensible, rubber-soled walking shoes, sunglasses, and sunscreen is recommended.

Restrictions
Children must be a minimum of 6 years of age. Guests must be able to walk on paved, as well as cobblestone surfaces. There are steps and steep curbs in some areas.