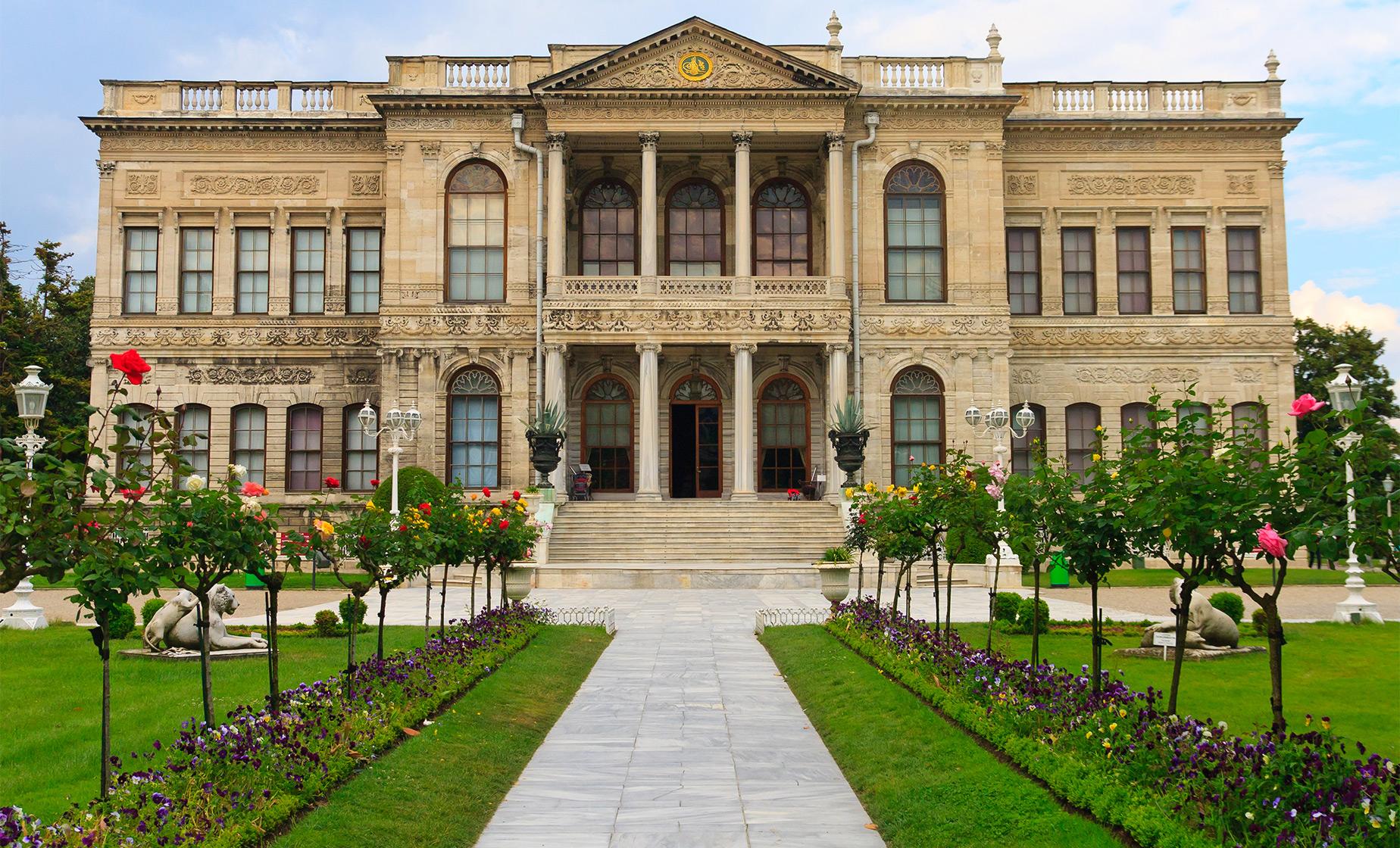 Review This Tour
From $142.00/person to $215.00/person (Select "Individuals" below) Price varies based on number of individuals in your group
Choose Options My Cruise Itinerary
Summary
Shore Excursion SizePrivate
Shore Excursion TypeCultural
Shore Excursion Duration4.5 Hours
Activity LevelModerate
Shore Excursion Leaves FromShip Pier
Food/Beverage ProvidedTurkish High Tea
Recommended DressTea will be taken in one of the main dining rooms of the Cirigan Palace so comfortable resort wear that covers shoulders, mid-sections and thighs is appropriate. Sensible, comfortable walking shoes are suggested.
RestrictionsBoth palaces have steps. Many of the floors are polished stone which can be slippery. Rubber-soled shoes are suggested.

Meet your professionlly-trained tour guide and begin with a short orientation drive through the modern city of Istanbul. Continue to Dolmabahce Palace. The palace represents a period in time when Ottoman traditional architectural style was ignored for the more western patterns being used elsewhere in Europe. The palace, which consists of 285 rooms, 46 halls, four grand salons, six galleries and six baths is divided into two sections: the Ceremonial Section - where the sultan would receive distinguished guests from all over the world, and the Harem - where the Sultan's wife, mother and concubines lived. .

After this exciting visit, you will stop at the Ciragan Palace Hotel for a Turkish High Tea break . This 5-star luxury Imperial Palace hotel, lovingly restored and ideally located on the shores of the magnificent Bosphorus, provides a one of a kind experience with its historical ambiance, luxurious facilities and impeccable service.

After tea, you will visit the Palace section. When Sultan Abdulaziz came to throne in 1861, ırağan Palace was built with a bridge connected to the Yildiz Palace, which is located behind it. For centuries, the palace has always been one of the most precious buildings enriching the shores of the Bosphorus. The columns of the palace are the most beautiful examples of stone work. Besides precious carpets and furniture, there are rooms decorated by handwork covered by golden gloss and mother-of-pearl. The front walls of the palace made up of colorful marbles also add vividness to its architecture. The palace is used for private and public events so the rooms viewed will not be known until the day of the tour. After your visit to the palace building, you will return to the pier.

Please note: Tea at the Palace is from a set menu and is included in the tour price.

Food/Beverage Provided
Turkish High Tea
Dress
Tea will be taken in one of the main dining rooms of the Cirigan Palace so comfortable resort wear that covers shoulders, mid-sections and thighs is appropriate. Sensible, comfortable walking shoes are suggested.

Restrictions
Both palaces have steps. Many of the floors are polished stone which can be slippery. Rubber-soled shoes are suggested.