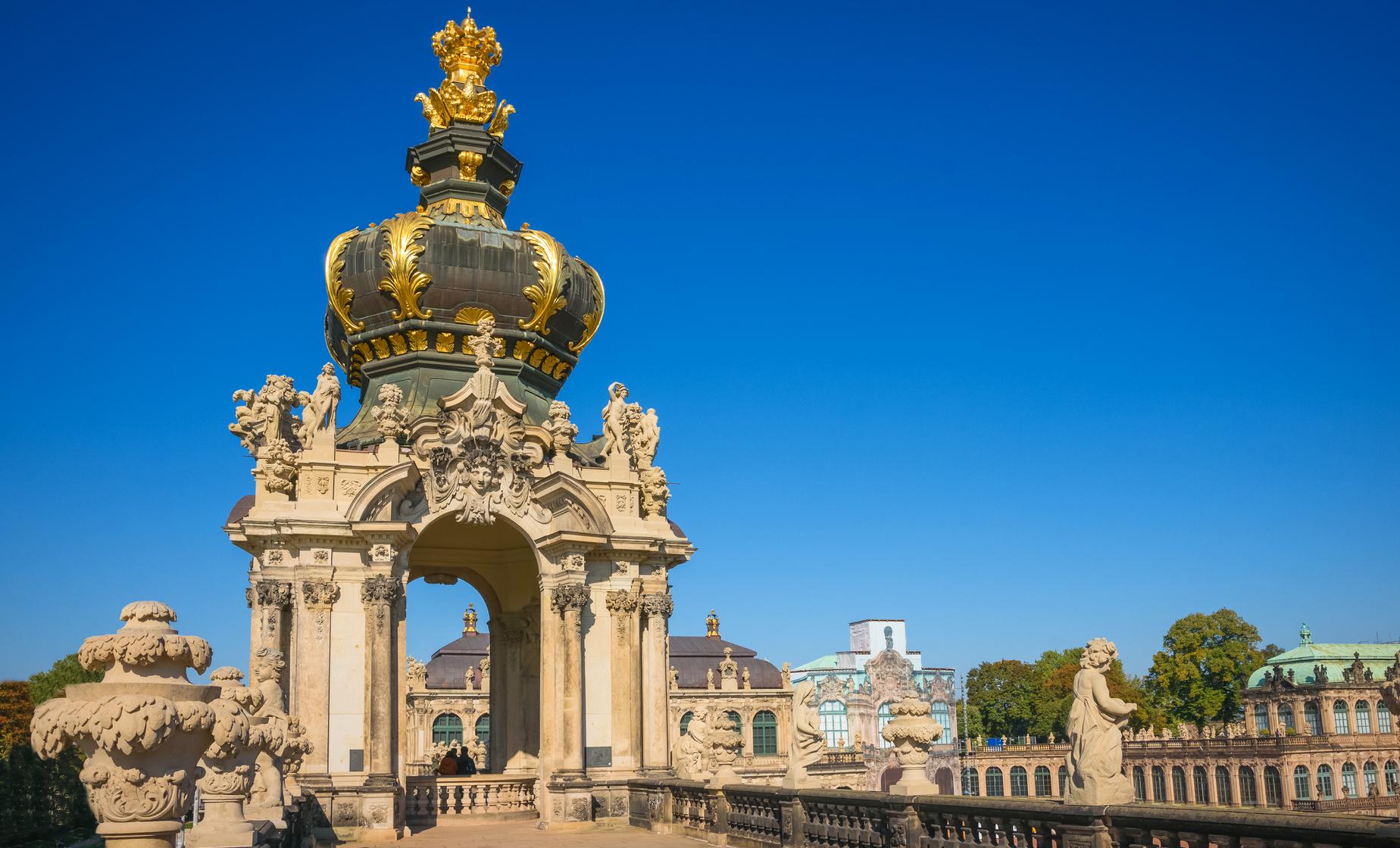 The picturesque capital of Saxony in eastern Germany opens its doors. On this walking tour, you'll see the Residential Palace of the House of Wettin before passing the Catholic Court Church. Thereafter, you'll view the Semper Opera House and Zwinger Palace prior to seeing a mural depicting the Saxon rulers. Stellar views from the Balcony of Europe complete the outing. This is the ideal Dresden tour for an active vantage of architectural landmarks.

Discover why Dresden is known as the Jewel Box. Its classic architecture in Old Town is presented by your cheerful guide. First, you'll see the House of Wettin Residential Palace. Built in 1,200 as a Romanesque stronghold, for the past 400 years it had been a residence for Saxon Electors and Kings. Today, it houses the Dresden State Art Collections.

Next, you'll see the Catholic Court Church (elevated in 1964 to the Cathedral of Holy Trinity). This grand Rococo-style church was erected in 1751 by Augustus III to counterbalance the Protestant church.

Afterward, visit the famous Semper Opera House, which has featured premiers by Richard Wagner and Richard Strauss. Opened in 1841, this elaborate Baroque structure is also home to the Semperopera Ballet.

Next, you'll see the Zwinger Palace prior to seeing Furstenzug, one of the world's longest mural paintings; it showcases Saxon rulers from the 12th to 20th century. It is the largest porcelain artwork in the world.

And finally, your guide will escort you to the epic views provided at Bruehl's Terrace. Dubbed the Balcony of Europe, this mixture of horticulture and architecture sits above the Elbe River, providing lovely views of the city. Reserve this Dresden tour today to see a treasure of German landmarks.

Restrictions
Must be able to walk through an urban environment for approximately 90 minutes.

Reviewer: Kathleen
We very much enjoyed this walking tour and learning the history of Dresden.