Dubrovnik All in One 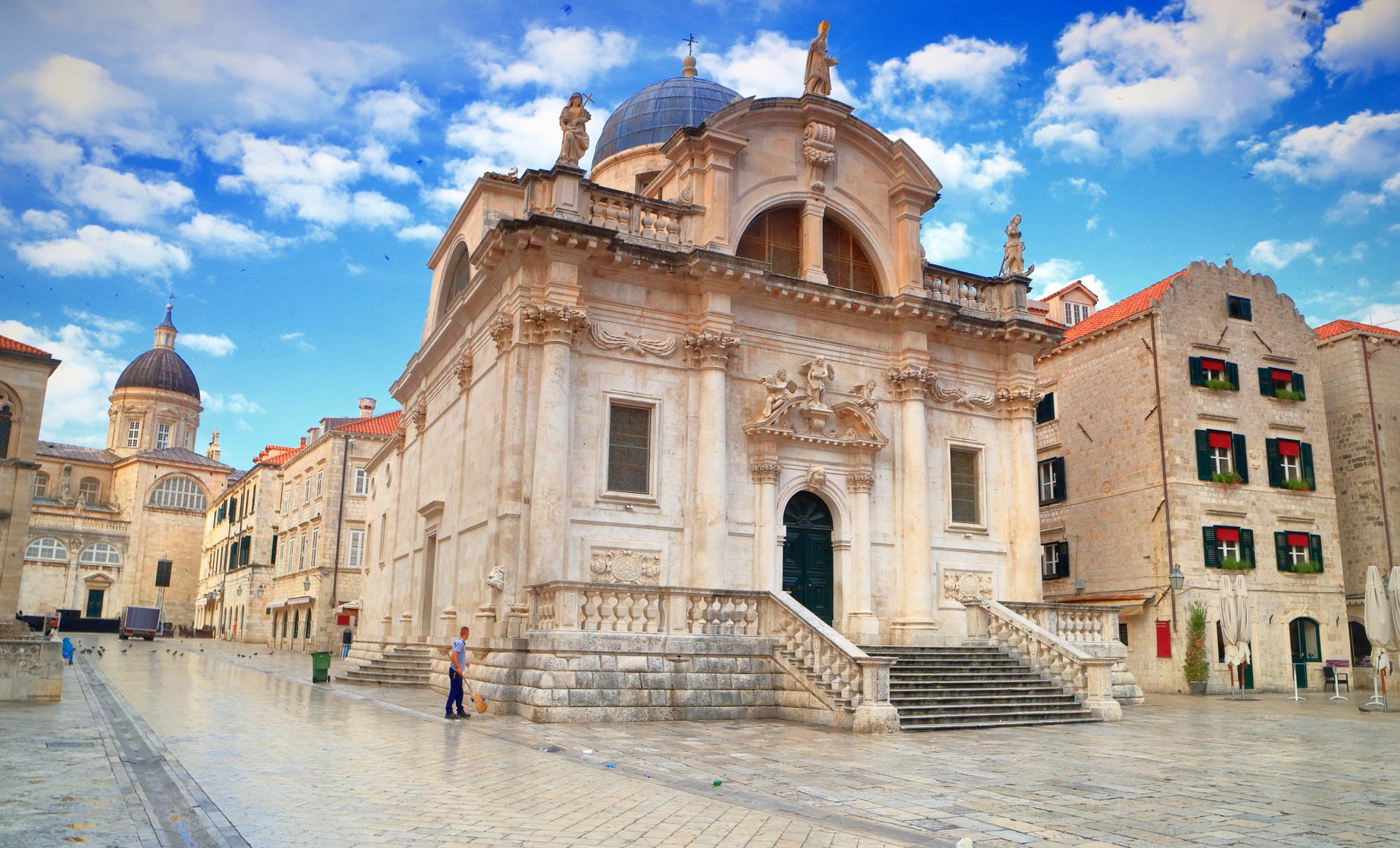 4.8 / 5  |  10 ReviewsReview This Tour
Price: $60.00
Choose Options My Cruise Itinerary
Summary
Shore Excursion SizeSmall
Shore Excursion TypeCultural, Scenic
Shore Excursion Duration4 Hours
Activity LevelModerate
Shore Excursion Leaves FromA taxi or shuttle (approximately 10 EUR each way, not included) may be required to reach your departure location. Full details will be provided in your electronic ticket upon confirmation.
Food/Beverage ProvidedNot Included
Recommended DressWe recommend wearing comfortable, casual seasonal clothing and walking shoes. A hat, sunglasses and sunscreen are also suggested.
RestrictionsGuests must be able to get in and out of transportation required to tour site. This tour is not wheelchair accessible. Not recommended for guests with mobility issues as there is walking over uneven surfaces.

Dubrovnik All in One

The ancient and mysterious city of Dubrovnik lies at the extreme south of Croatia on the Adriatic Sea and is surrounded by world-famous medieval walls still intact. Built on the maritime trade, this city blossomed both financially and culturally in the middle centuries and today is nicknamed the Pearl of the Adriatic.

Your journey into this fascinating town starts in the Old Town, where your local, knowledgeable guide will lead you on a walking tour through little streets, a myriad of fountains, and stunning architecture. Stop at Placa Stradun, the shopper-friendly central street in the city and grab a photo of Big Onofrio's Fountain, whose stairs are a popular meeting point for locals and tourists alike.

See the Franciscan Monastery, then make your way to Luza Square in the heart of the city with its Church of St. Blaise and the stone flag staff known as Orlando's Column. Next, you will make your way to Sponza Palace to admire its Gothic Renaissance architecture and survey its Memorial Room. From there you will continue through the Old Port of the city to Dubrovnik Cathedral.

Pass by Rector's Palace and enjoy some free time, then have your camera ready as your guide takes you to the best panoramic view points and attractions of the city, including the top of Srdj Hill, with its spectacular views of the Old Town and Lokrum Island. You will also see the River Ombla, at 98 feet considered the second shortest river in the world. The Dubrovnik Bridge (Franjo Tudman Bridge) is one of the largest single pylon, cable-stayed bridges in the world, offering beautiful views of the downtown area and cruise port.

At each of these stops you will have approximately 10-15 minutes to enjoy the views, take Insta-worthy photos and pick up some historical facts. This half-day tour is perfect for those who are visiting Dubrovnik for the first time or who want to make the most out of their time in the city compared to the Cable Car Ride and other tour activities.

Reserve your spot for a day in Dubrovnik that you will fondly remember for years to come.

Restrictions
Guests must be able to get in and out of transportation required to tour site. This tour is not wheelchair accessible. Not recommended for guests with mobility issues as there is walking over uneven surfaces.

4.8 / 5  |  10 ReviewsReview This Tour
Dubrovnik All in One
Once we ascertained our group (A little disorganized) and started, our male guide was amazing, full of knowledge, and passion. Dealt well with the disabled tourist, and seemed to enjoy what he was doing. We learnt a lot. A little odd that he didn't stay till our buses arrived, but left us to another guide to sort out our transportation.
Reviewer: Margaret Baker

Dubrovnik all in one.
Favourite old city tour. Great in Daylight and at night especially the port area. Great tours to the country and view above the city.
Reviewer: Eleanor Lord

What a great historic place
Our tour guide, a history major, spoke perfect English. Without any notes she gave us hours of interesting facts of how this city-state was so far advanced even in the dark ages. She pointed out architectural advances over the centuries. This was definitely one of the very best tours I have taken anywhere in the world.
Reviewer: George Rogge

Croatia
Loved the small group. Guide was very knowledgeable. The scenic ride was gorgeous. Only down side is I wish we could have had time for shopping
Reviewer: Patricia Smith

Walking tour Excellent
The walking tour was excellent and guide very knowledgeable. Whilst it was good to see the view from the top of the hill, it wasn't quite the guided tour I had expected with the driver doing his best to inform us as he drove. But at least a small group which was good.
Reviewer: Catherine Welsh

Old town
Our tour guide was great. We loved the city and going up the hills to view the city from above. Our only complaint is that 4 cruise ships docked at once and way too many people and the traffic getting in and out of the city was crazy. For a short 1-2 miles we were stuck in traffic for 30 minutes. Would go back at a less busy time to enjoy.
Reviewer: Ann Kampsen