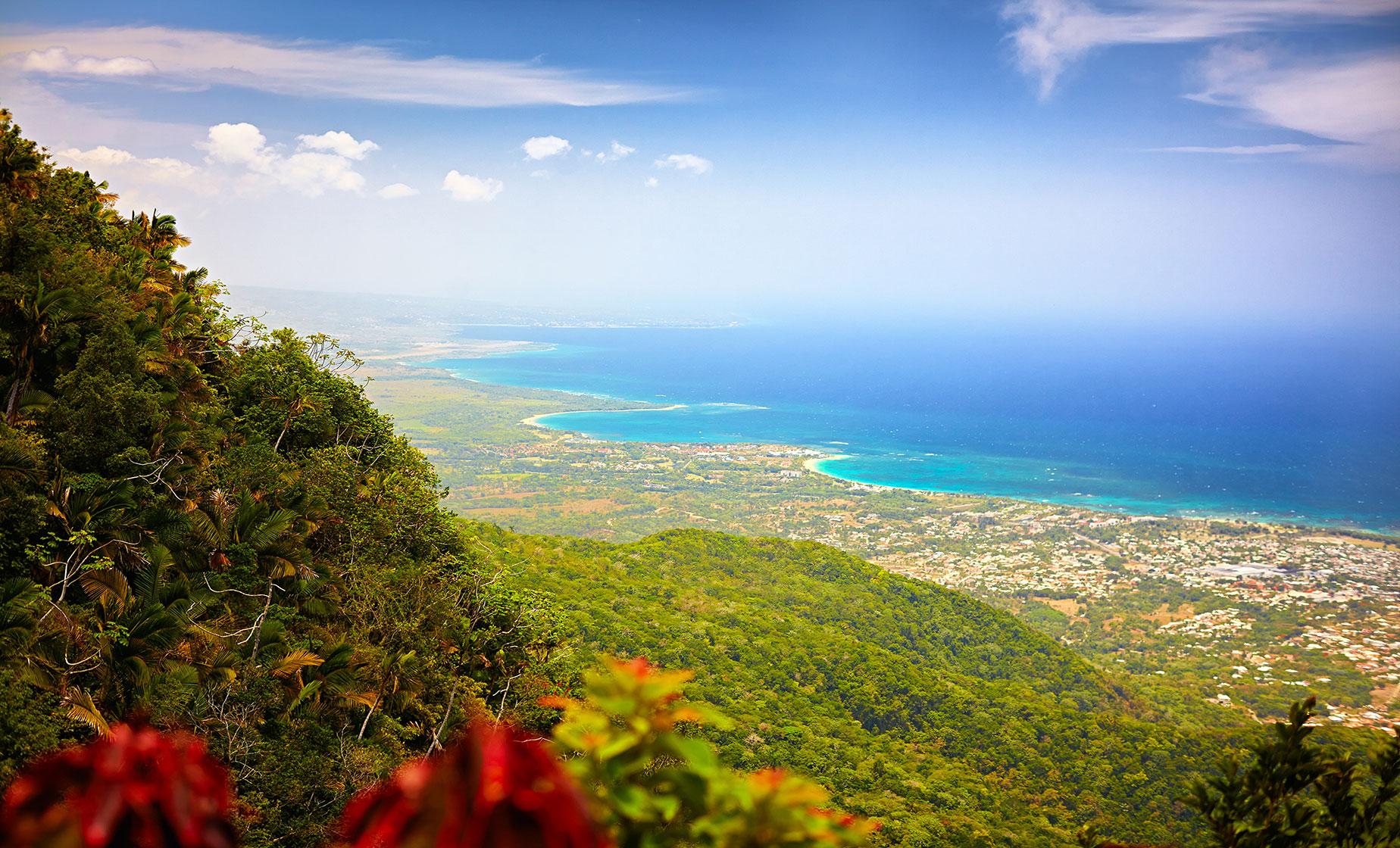 On this active tour you will ascend by mountain road with panoramic scenic views, through villages and then descend by cable car. At 2,555 feet above sea-level is the summit of Mount Isabela de Torres.

Mount Isabela is Puerto Plata's most impressive geographic feature towering above the city, which will delight you with panoramic views of Puerto Plata from its flat-topped peak. Once at the top, you will have the opportunity to explore the beautiful gardens, see a representation of a typical countryside house or "casa tipica," take photos of the Christ the Redeemer Statue (a smaller version of the one in Rio de Janeiro, Brazil), and enjoy the views of Puerto Plata and the Atlantic Ocean.

After your time at the summit, you will take the cable car ride down the mountain for amazing views and then meet your transportation for the drive through the city to Fort San Felipe, home to a historic Spanish fortress built in 1577 to protect the city of Puerto Plata from pirates and other enemies. Here at Puerto Plata's oldest surviving structure, you will enjoy a fully narrated tour around the grounds of the fort after gaining exclusive access. It is located on a hill at the Puntilla Del Malecon, overlooking the Atlantic Ocean; its strategic location protected the entrance to the city's seaport. The construction of the fort was commissioned by King Felipe II of Spain in 1564, and it was completed in 1577 by Don Rengifo de Angulo, the fort's mayor.

Next, you will make your way to Pargue Independicia where your guide will provide you with interesting information regarding the Victorian architecture. The Parque de la Independencia was the first park in the city and its origin lies in four public squares at the intersection of two then newly opened large boulevards, Santafesino and Argentino, the four-part plaza was named Independencia. You will enter the Cathedral as well as have some free-time in the Victorian square before returning to your cruise ship.

Please Note: The order of tour may vary depending upon ship's arrival time. A van or bus descent from the Mt. Isabela summit may be substituted for the cable car in the event of high winds or poor weather conditions. Minimum age to participate is 8 years old. This tour is not advised for those guests with limited mobility (those who may use a cane, walker, or wheelchair).

Restrictions
Participants must be able to get in and out of the vehicle, stand, and walk completely unassisted. This tour is not wheelchair or walker accessible, and cannot accommodate guests with mobility issues, or those who have difficulty walking or standing. The minimum age to participate is 8 years old.