From $124.00/person to $524.00/person (Select "Individuals" below) Price varies based on number of individuals in your group 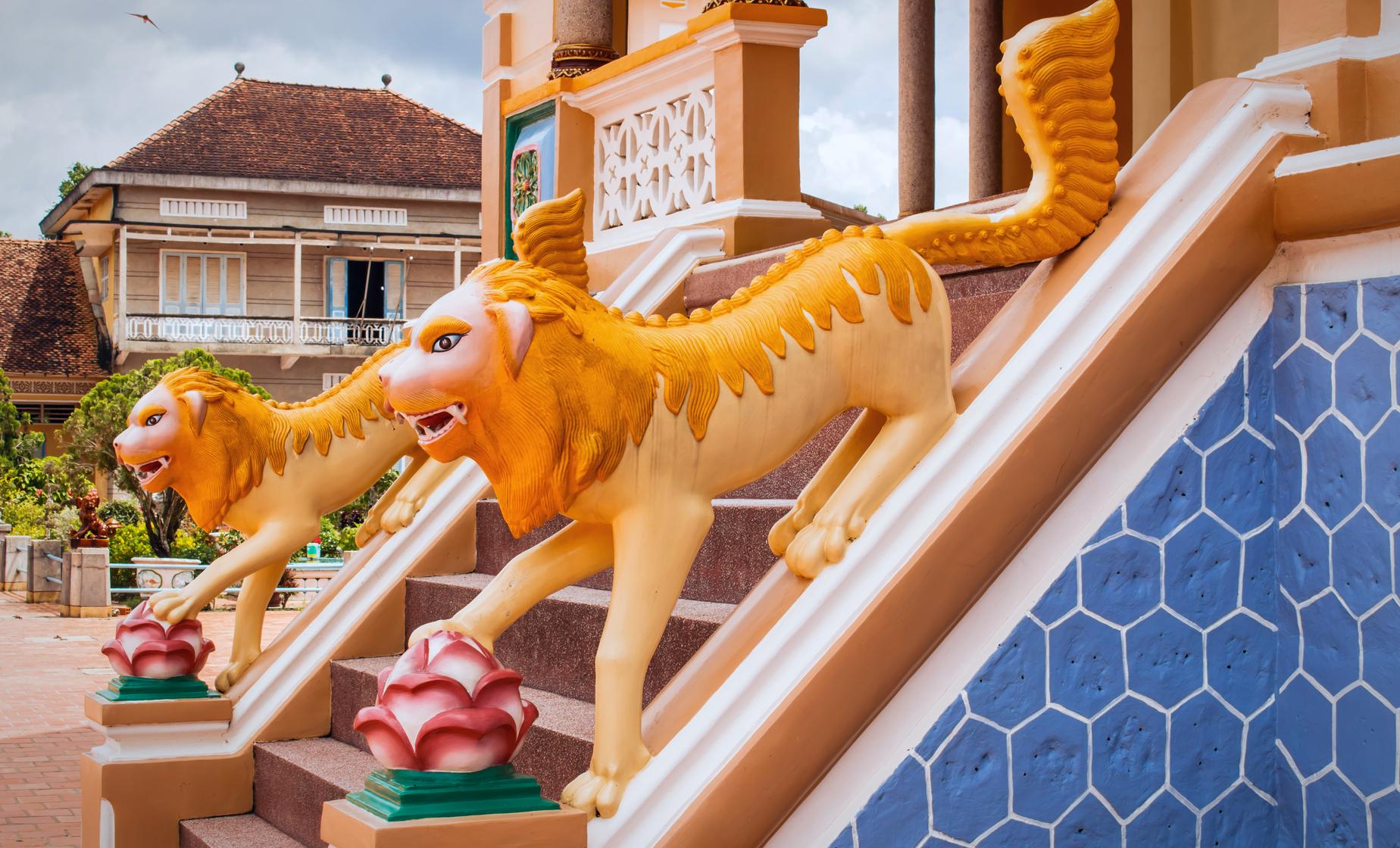 This robust tour is the perfect way for visitors wanting an overview of Saigon's main areas of attraction. Naturally, you'll see the primary historical and cultural places, but Saigon (known as 'the Pearl of the Far East) is much more. It's the high pace of its people and cafes' thumping beats. It is shoppers haggling in colorful streets. Your professional guide will elaborate on whatever you see.

As an Asian country (Chinese are the largest ethnic bloc) with strong French and Soviet Union influences, Vietnam is a clash of cultures. To many foreigners, it's synonymous with war. In reality, Vietnam is a nation of kind, peaceful folks. Saigon and its nine million residents are at the heart of it all.

The communist Vietnamese won independence after the "Fall of Saigon" in 1975. Many attractions echo that era. For instance, the Reunification Palace (formerly the Presidential Palace) is an interesting monstrosity designed in the 1960s with the help of the Soviets. The tank that crashed through its gates on April 30, 1975, signifying "The Fall," still graces its front lawn.

Known as the "Paris of the East," you'll see the landmark twin towers of the Notre Dame Cathedral, made with bricks imported from Marseille, France. Postcards to mail? You'll visit the bustling 1880s General Post Office.

Then, visit the Fine Art Museum to see Saigon's ode to the arts. Stroll down Le Cong Kieu Antique Street to see its crafts. Next, you'll experience the Cao Dai Temple worshippers. It's "Holy See" structure is one of the more ornate buildings in Asia. You then continue to the War Remnants Museum, featuring an exhibit of photos, planes, tanks, and weapons.

If time permits, the hustle and bustle of Cholon (China Town) may surprise you as you navigate through its maze of streets and vendors. At its center is the Thien Hau Pagoda, dedicated to the goddess Thien Hau, protector of the sea. Tourists mingle as worshippers light their incense.

Your tour of Saigon is attentive and private for you and your guests. This memorable outing will enable you to map your bearings, hassle free. Moreover, the scent of food (which is not included) and eager residents flooding the streets will encourage you to dive into Saigon and drum your own beat. Book this Saigon tour today for a fantasti Vietnam experience at a low price.

Recommended Dress
We recommend wearing comfortable seasonal clothing, sunscreen, sunglasses and rain protection, if necessary. Please do not wear shorts higher than 1 inch above the knee (clothes should not be revealing).

Restrictions
Participants must be able to step in and out of the vehicle.