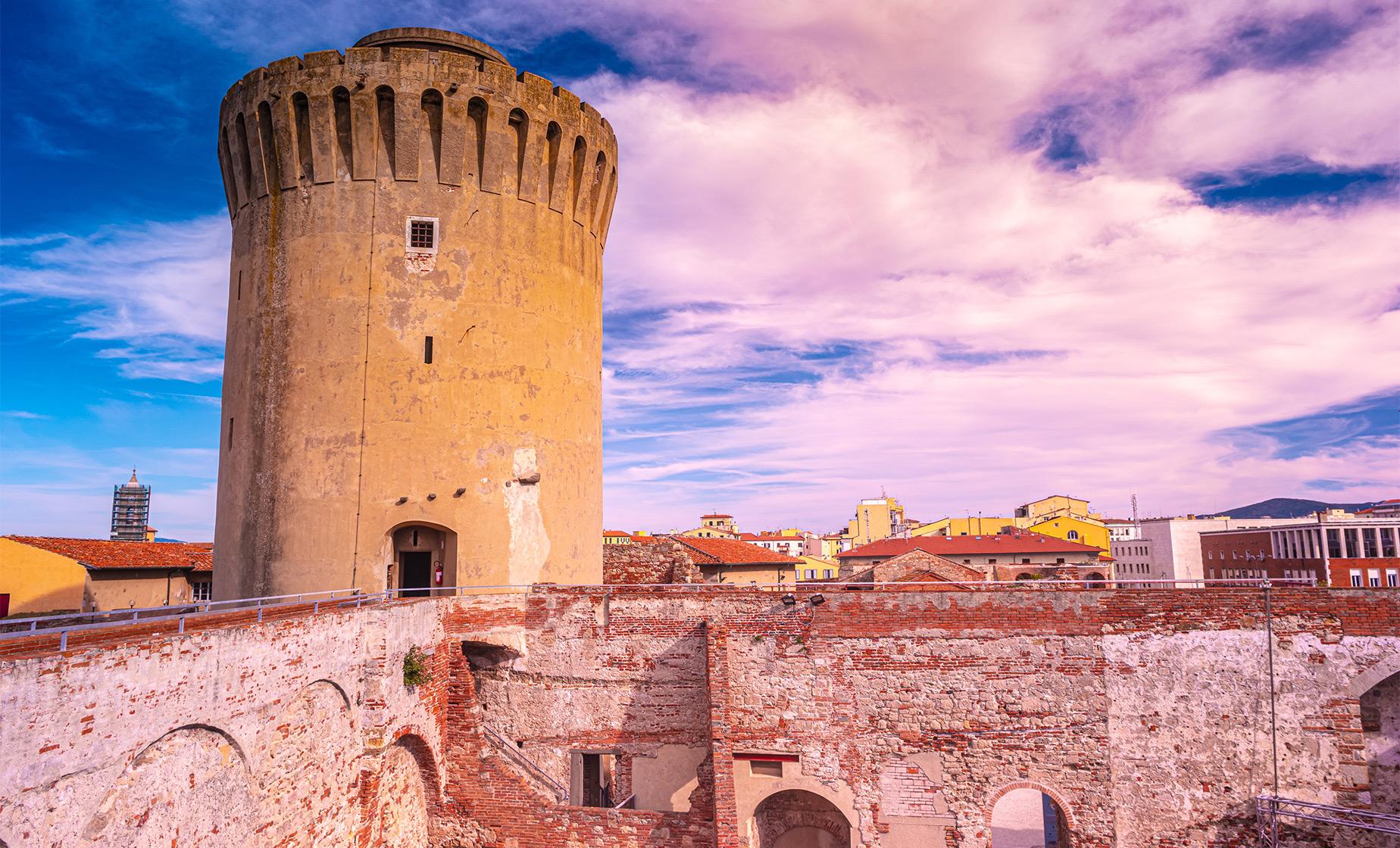 Review This Tour
From $25.00/person to $185.00/person (Select "Individuals" below) Price varies based on number of individuals in your group
Vehicles available for this tour accommodate groups of up to 2, 6, 8, 19, 25, or 30 guests maximum. Please take this information into consideration when booking.
Choose Options My Cruise Itinerary
Summary
Shore Excursion SizePrivate
Shore Excursion TypeHistoric, Scenic, Active
Shore Excursion Duration3 Hours
Activity LevelModerate
Shore Excursion Leaves FromThe Ship Pier. (Full details will be provided in your electronic ticket upon confirmation.)
Food/Beverage ProvidedNot Included
Recommended DressComfortable clothing and sensible walking shoes are recommended. Sunscreeb and sunglasses are suggested.
RestrictionsThe majority of this program involves walking over paved surfaces and some cobblestone. Steps are required to reach the top of the fort.

Explore the Best of Livorno

Your local tour guide will meet you at the pier, and after taking the local shuttle you will reach the center of Livorno, Italy. On this Livorno excursion, you will visit the Fortezza Vecchia, which dominates the old Mediceo port. The fort is both a historical symbol of Livorno and an important cultural hub where many concerts, exhibitions and events are held throughout the year. During this Livorno excursion, you can climb right up to the top of the Matilde tower, the oldest part of the fortress, from where there are great views over the port on one side and the town on the other. When the Medici rulers of Florence became interested in making Livorno their port, they commissioned Antonio and Giuliano Sangallo to redesign the nucleus of the original fortress, which was completed in 1534.

You will then proceed to the quarter of the town called "New Venice," for the labyrinth of tiny streets and canals crossed by bridges and flanked by quays. In the 17th and 18th centuries, merchants were doing business in this quarter. Merchandise was transported by boat through the canals of the town. The name is due to the fact that the quarter was built as an imitation of the city of Venice in northern Italy. Skilled workmen from Venice were called to construct this quarter, which soon became the symbol of Livorno's wealth in the 19th century. Merchants, foreign diplomats and members of the upper middle class moved to this area, building aristocratic palaces for their homes.

After the visit of the New Venice quarter, you will continue towards the center of the town, where you will visit Livorno's Central Market, which is one of the highlights on any visit to the city. The huge building towers over the main canal on the Scali Saffi, and is easily reached from Piazza Cavour. It dates from the late-19th century and was designed by Angiolo Badaloni, who was probably inspired by Parisian architecture of the same period. The market is open every morning from Monday to Saturday, and is well worth a visit. Five entrances lead into the main food hall, where 34 shops and 230 stalls sell meat, eggs, poultry, ham, cheese, bread, wine, and a wide variety of intriguing foodstuffs. There are two adjoining smaller halls, one dedicated to fresh fish and the other to fruits and vegetables. The aroma of freshly ground coffee is often the first to reach you from one of the coffee stalls.

During your free time, you may want to visit one of the bars inside the market for an Italian coffee and pastry, shop for picnic supplies, or just wander around absorbing the lively atmosphere and gazing at the enormous range of produce on sale. Alongside the market building, on Via Buontalenti, is the central clothes market; adjoining that, in Piazza Cavallotti, is the outdoor fruit and vegetable market.

At the end of this Livorno cruise tour, you may remain in town. Your guide can give you suggestions for sightseeing, shopping and dining. Transportation back to the pier will be at your own expense. Those wishing to return at the end of the tour will be walked to the shuttle stop.

Please Note: Vehicles available for this tour accommodate groups of up to 2, 6, 8, 19, 25, or 30 guests maximum. Please take this information into consideration when booking.

Restrictions
The majority of this program involves walking over paved surfaces and some cobblestone. Steps are required to reach the top of the fort.