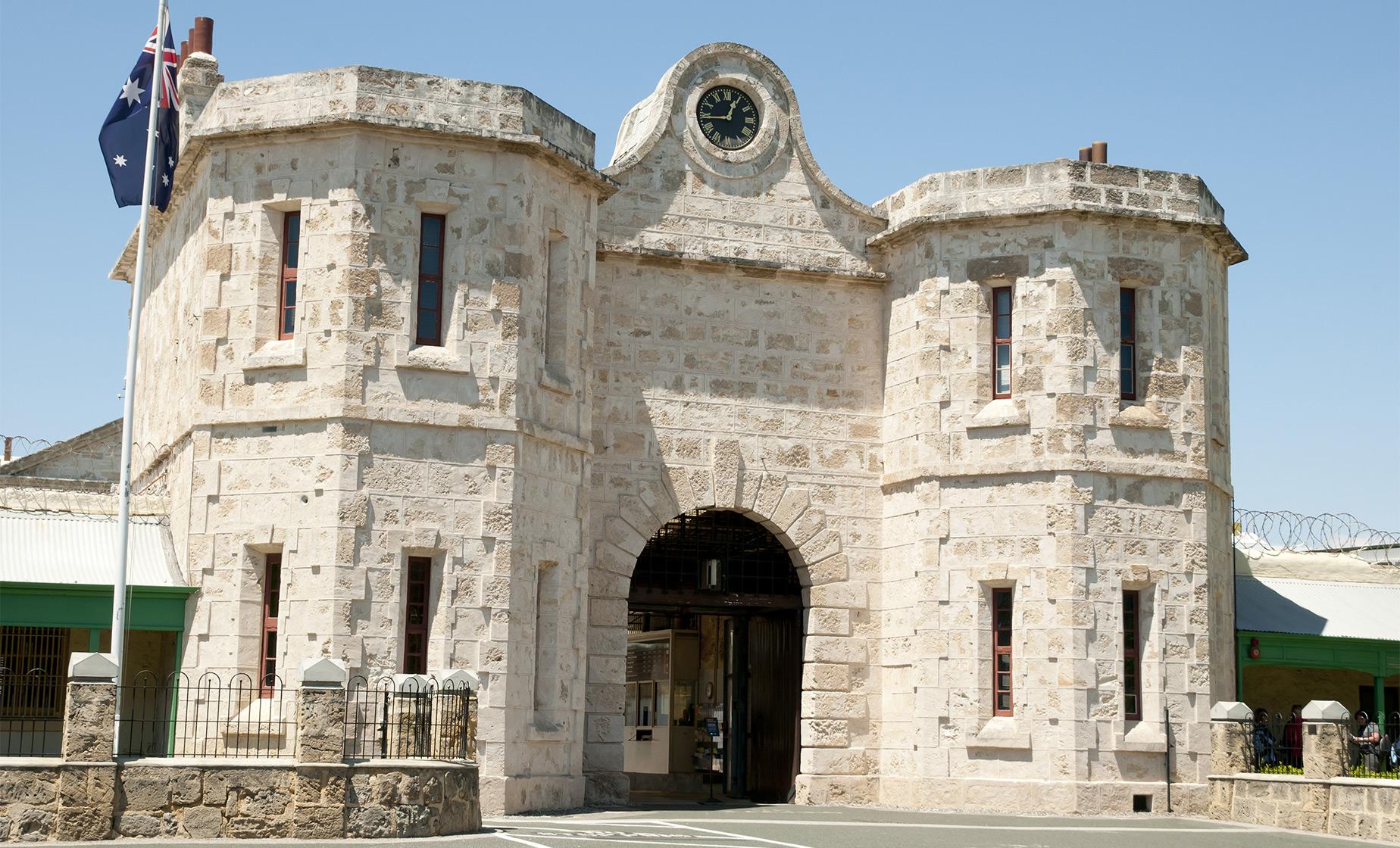 Referred to affectionately as Freo by the locals, Fremantle was settled by the British in 1827 and quickly expanded with a cast of colorful characters including immigrants, sea merchants, and convicted felons.

Your journey starts at Fremantle Town Hall, a classical-style building virtually unchanged since it was built in 1887. Legend has it the Town Supervisor was shot in the courtyard as he was leaving by a hotelier who was miffed because he was not invited to that evening's fancy ball.

Walk through Freo's famous Cappuccino Strip with its many outdoor cafes and admire the well-preserved colonial architecture. Visit the renowned Fremantle Prison, the largest convict-built prison in Australia and an imposing landmark overlooking the city. Inside it's 5-meter high perimeter walls lie prison cell blocks, cottages and tunnels. The prison gained notoriety over the years through various inmate escapes as well as riots, guards held hostage and the setting of a massive fire totaling nearly 2 million dollars in damages.

Visit the Round House, Freo's first permanent structure and a convict prison-turned-house for the chief constable and his family. This building detained the first convict of European descent who was executed and buried south of the property. Your guide will regale you with many more fascinating examples of Freo's storied past including the expulsion of Aboriginals to a remote island. Learn about Freo's whaling stations, how the city became instrumental during World War II and it's importance to modern-day Perth.

Reserve your spot now for a fun, unconventional look at the charming, multicultural city of Fremantle.

Restrictions
Guests must be able to walk unassisted on uneven ground and navigate stairs. This tour is NOT wheelchair accessible.