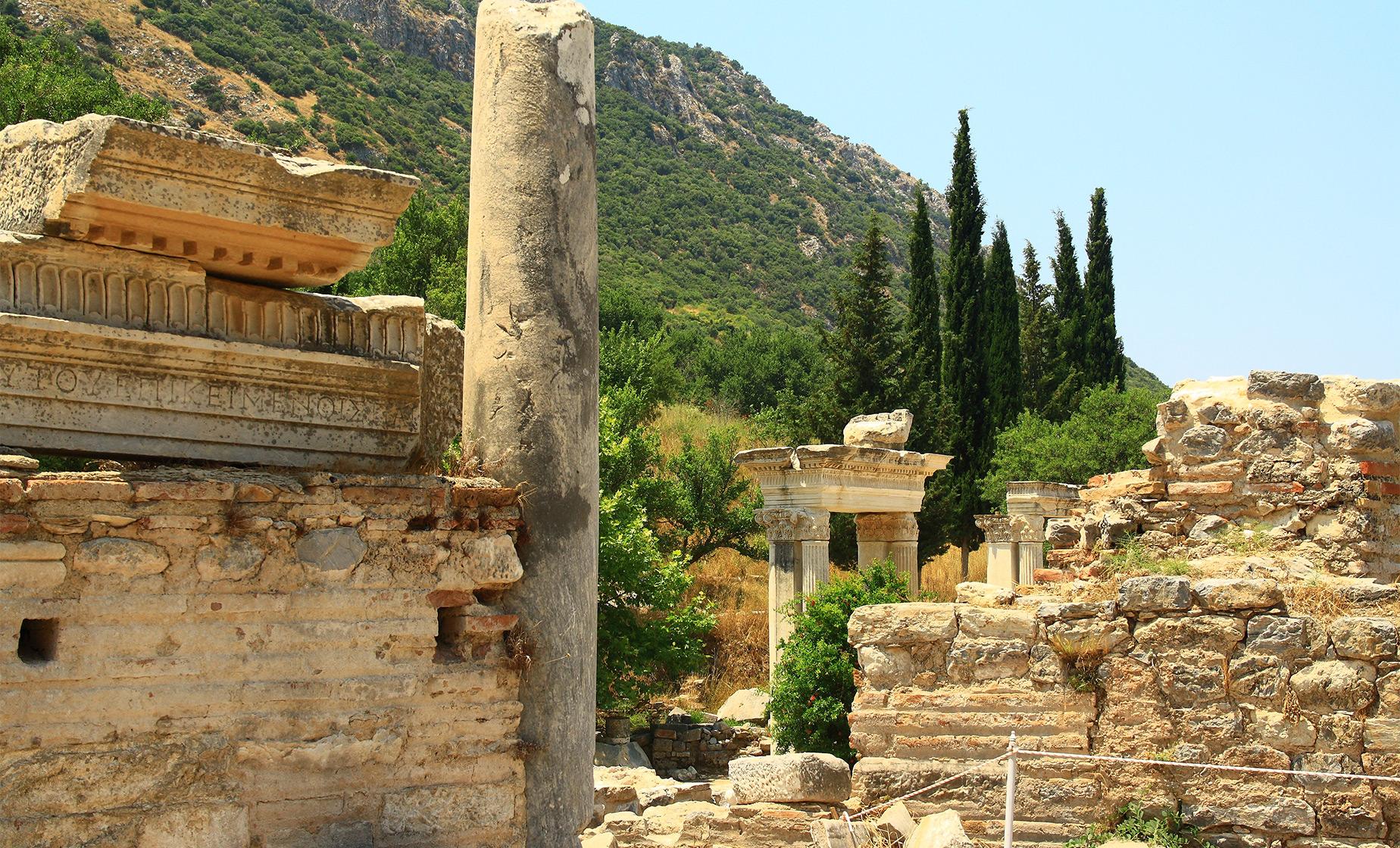 After a century and a half of excavation, there is no ancient city more complete, and nowhere to get a better glimpse into early times, than Ephesus.

The stunning two-story façade of the Library of Celsus was built as both a library and a mausoleum for its namesake Roman consul, who is buried in a sarcophagus beneath the structure. From the streets to the temples, bath houses, and the sprawling Roman Theatre, you'll truly get a sense of how people lived in those historic times. These ruins are unmatched in their beauty and grandeur.

Not far from the ancient city, atop the Bulbul mountail, you'll find the House of Virgin Mary, a shrine where Mary is thought to have spent her last days. The modest stone chapel serves as a museum, and outside you'll find a monument to the Virgin, and a wishing wall where visitors have tied their prayers.

Book this comprehensive Marmaris tour for an unforgettable Turkey excursion.

Food/Beverage Provided
Soft drinks and water with traditional Turkish breakfast and lunch that varies with starters, local pastries, salad, and catch of the day.

Restrictions
Must be able to get in/out of vehicle.