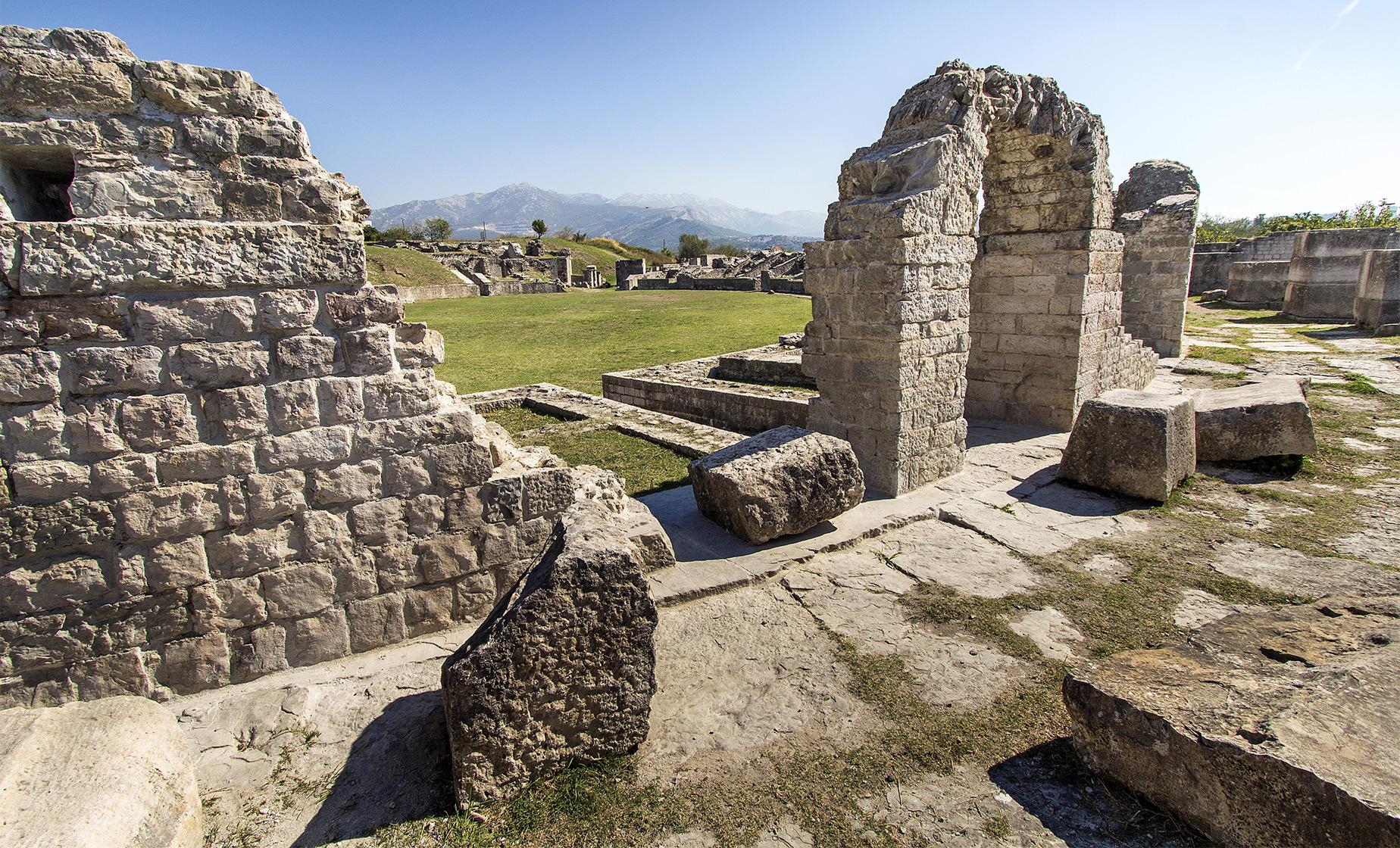 Cruise Ship Pier
Food/Beverage Provided Not Included
Recommended Dress We recommend wearing comfortable, seasonal clothing that is weather appropriate. We also recommend walking shoes, hat and sunglasses.
Restrictions Guests must be able to get in and out of transportation. Guests will also be walking on varying types of terrain and encounter steps. This tour is not wheelchair accessible.

Journey into the past as you step aboard your transportation and enjoy the panoramic scenery as you make your way to Salona, an ancient Roman city and one of the richest archeological sites in Croatia.

Admire Salona's amphitheater which dates to the 2nd century AD, designed to house 17,000 spectators. Fights with animals and gladiators took place within these walls. Imagine the roar of the crowds and the adrenaline rush the gladiators must have felt as you stand amid these ancient ruins. In the 17th century, during battles with the Ottoman Turks, the Venetians made a strategic decision to deliberately destroy portions of the amphitheater. While here you will also see the Basilica Urbana with its baptistry, the Forum, and Manistirine, the old Christian cemetery.

From there you will head to Klis Fortress, a massive medieval structure built into a rocky ridge providing visitors breathtaking views of Split, the Adriatic Sea and surrounding islands. Controlling the valley leading into Split, this imposing fortress spreads along a limestone bluff, reaching 385m at its highest point. Its long and narrow form derives from constant extensions over the course of millennia. Its prime location made the fortress strategically important during the Ottoman invasions of Europe. Of course, today, the only history that most visitors to the site are interested in is courtesy of Game of Thrones - this is Meereen, where Daenerys Targaryen had all those nasty slave-masters crucified in season four.

Continue to Trogir, a historic harbor city built upon the remains of the ancient Greek town of Tragurion. Wander its narrow streets filled with a mix of Baroque, Romanesque and Renaissance-style buildings and admire the St. Lawrence Cathedral, the 15th century City Loggia, Cipiko Palace, the Benedictine Convent and more.

Conclude your journey back in beautiful Split with a walking tour and free time to explore this magnificent city on your own. Head to Diocletian's Palace in the heart of the city. This ancient palace built for Roman Emperor Diocletian is, in reality, a large fortress that housed the Emperor's quarters as well as the military garrison.

After the end of the Roman period the fortress stood empty until the 7th century when nearby residents took refuge inside its walls to escape the Croats, then later created homes and businesses which today form about half the old town of Split.

This tour is a must-do for history buffs and GOT fans; reserve your place today!

4.6 / 5  |  14 ReviewsReview This Tour
Pleasant excursion
The area of Roman ruins outside Trogir was interesting but not the best preserved. You first enter an area with the ruins of a Medieval church and then there is an extra charge to go into the lower Roman ruins. (We did not go-required a lot of walking and not much time.) Trogir was very enjoyable. We visited the church and walked thru the medieval streets and did some shopping. My husband hiked up to the Klis Fortress and said it was a great view. The tour ended with a guided tour of Split. Our guide was very helpful explaining the remnants of Diocletian's palace and Medieval Split.
Reviewer: Carolyn

Full day history tour.
Good day learning the history of Split and having free time to shop. Would of been nice to be able to spend more time exploring the old city before the ship departed.
Reviewer: Eleanor Lord

Olympic ruins
This was probably the best tour we had
Reviewer: Darrell Rustad

Split
This was the most interesting tour. Did not expect to see and learn so much about Croatia
Reviewer: Darrell Rustad