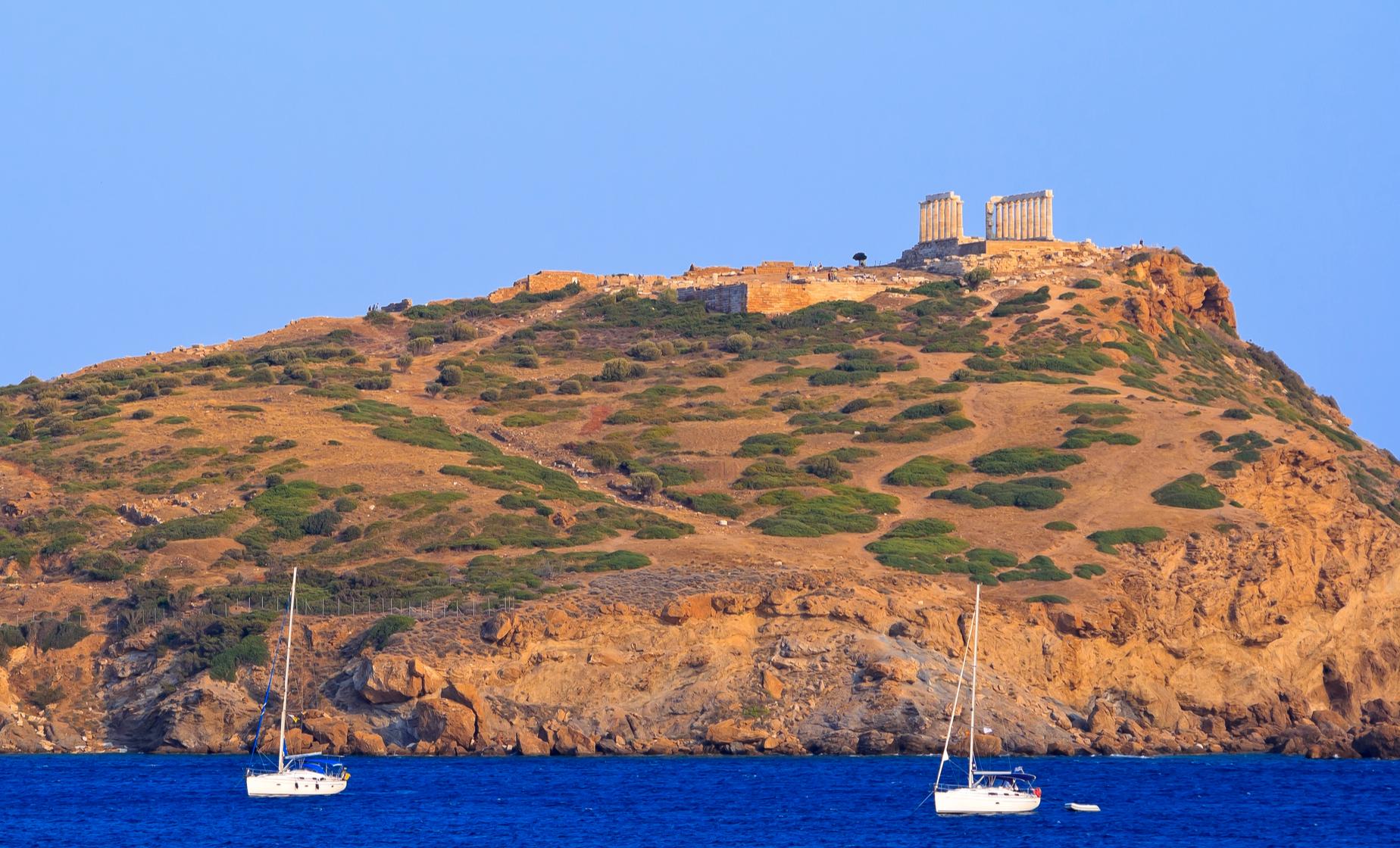 Enjoy a half-day of sightseeing exploring the historic sights on this Cape Sounion tour. Sounion is located on the southernmost tip of Attica; it is the end point of the Athenian Riviera, located 69km from Athens. The temple of Poseidon, the ancient Greek god of the sea, dominates the southernmost tip of Attica, where the horizon meets the Aegean Sea. Perched on the craggy rocks of Cape Sounion, the temple is enveloped in myth and historic facts dated from antiquity until the present times.

After a short taxi ride to your meeting location, your Sounion tour begins with a beautiful drive down the coastal road leading to the cape, where you'll get a majestic view of the Saronic Gulf. The gulf is home to a number of charming islands and gets its name from the mythological King Saron, who is said to have drowned in the area. You'll also drive past several beautiful Athenian suburbs, including Glyfada, which is considered the "Beverly Hills of Greece".

Your next stop is Cape Sounion. There you'll find the ancient ruins of the Temple of Poseidon, the god of the sea. The Temple of Poseidon dates back to about 444 B.C., when it was constructed atop the ruins of another temple. Of the original 42 Doric columns that decorated the temple, only 15 are still standing today. If you look carefully, you can find the name of the famous poet Lord Byron carved into the base of one of the columns; he visited the site in the early 19th century.

Before returning to your bus to end this Cape Sounion tour, don't forget to snap a photo of the amazing panoramic view of these Greek islands. Experience a wonderful mix of history and beauty on this tour full of unforgettable sights.

Book your tour today to travel back in time and explore ancient Greece.

Shore Excursion Departs From
From Key Tours Office (Full details will be provided with your electronic ticket upon confirmation.)