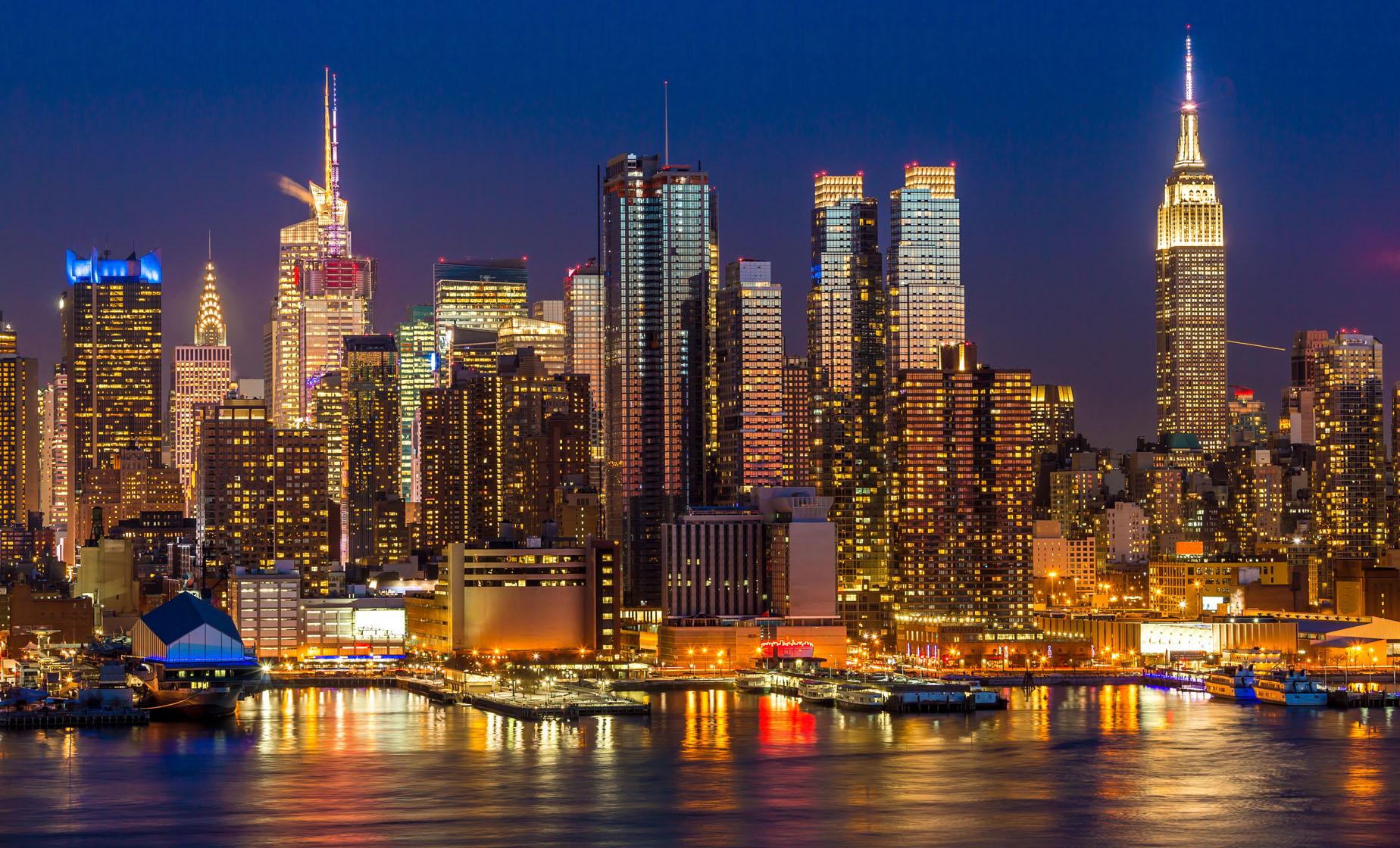 Sail down the Hudson River passing the collosal Hudson Yards, impressive Chelsea Piers, and the towering One World Trade Center, before rounding the spectacular tip of southern Manhattan and ultimately cruising only a few feet away from the magnificent Statue of Liberty. Enjoy the peace of the city's waterways at night and learn about New York while cruising like a VIP around the city that never sleeps.

New York City can't be better than it is on this tour from the River. You'll see the USS Intrepid Pier, Hoboken Pier, Pier 54 (the Titanic Pier), Newport Center, Javits Center, Battery Park, The Museum of Jewish Heritage, Ellis Island, Wall Street, South Street Seaport and Museum, the Brooklyn Bridge, Chrysler Building, and so much more as you sail around the southern half of New York City.

Cruise past history when you see Pier 54, the former Cunard Line pier. When the Titanic sank, the RMS Carpathia scooped up survivors and brought them to safety at this famed pier. Sail around Battery Park, a 25 acre park that sits at the tip of Manhattan. Named for the artillery batteries that stood on this spot to protect New York in its early days, Battery Park is now a part of the Manhattan Waterfront Greenway, a 32 mile long stretch of walking and biking trails that circle the island. See the Brooklyn Bridge, an icon in the skyline of New York, and cruise past its beautiful architecture, lit up at night to highlight this National Historic Landmark, opened in 1903. Gaze at the Chrysler Building at night, lit up against the sky. Ooh and aah at the glittering lights of Wall Street and South Street Seaport.

There's no better way to see this amazing city than on this tour around the river at night. Bring your friends, bring your family, and bring a camera. This is the Big Apple at its best.

Shore Excursion Departs From
Midtown Manhattan. (Full details will be provided in your electronic ticket upon confirmation.)

Recommended Dress
We recommend casual, comfortable clothing and shoes that are weather appropriate.

5.0 / 5  |  5 ReviewsReview This Tour
Harbor Lights Cruise
We really enjoyed this cruise. The guide was most informative and we managed to take some lovely photographs of NYC by night.
Reviewer: JS

This was fun
My husband and I enjoyed the Harbor Lights Cruise. I got to take a lot of good photos of New York. How ever I found out when I got there that I could have bought the tickets there for $40. It seems that buying your tickets now did not guarantee me a spot on the boat. After waiting in a long line the guy in the booth told me he had to check with is supervisor to see if there were any tickets left for the cruise. I did get on. But I paid more the Expedia than I would have had I just walked up.
Reviewer: Julia

Newyork lights cruise
A very beautiful cruise . Relaxed and with enough time to see it all with wonderful sights all around. Tell our friends to make this harbor cruise by night!!
Reviewer: Maria Oelbers

Harbor Lights Cruise
The cruise was very nice and the weather was perfect. We got to see a great deal of the city lights from afar. I would recommend this for anyone who wants to see the New York skyline at night.
Reviewer: Bev Norman

Night boat tour of Manhattan
, we had a great night the weather was perfect the lights of the Statue of Liberty in New York City were breathtaking couldn't have been better
Reviewer: Richard Lang