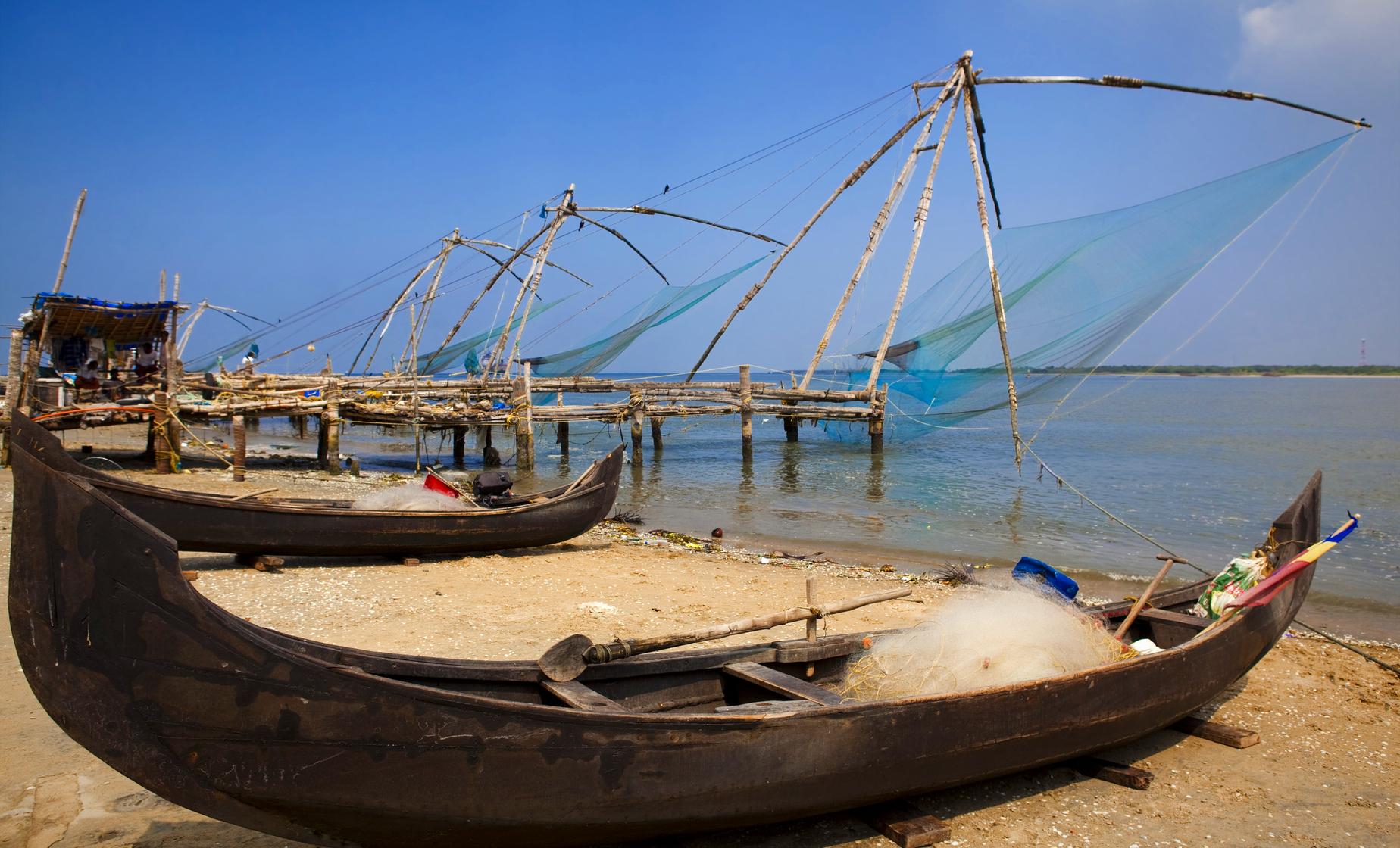 Review This Tour
Price: $78.00
Choose Options My Cruise Itinerary
Summary
Shore Excursion SizeStandard
Shore Excursion TypeCultural, Scenic
Shore Excursion Duration6 Hours
Activity LevelEasy
Shore Excursion Leaves FromThe Cruise Ship Pier. (Full details will be provided in your electronic ticket upon confirmation.)
Food/Beverage ProvidedNot Included
Recommended DressWe recommend wearing comfortable light clothing, sensible walking shoes, sunscreen, insect repellent, sunglasses, and a hat. We suggest bringing rain protection if necessary, and a camera for photos.
RestrictionsParticipants must be able to step in and out of the vehicle. This tour can accommodate a collapsible walker. A tourist visa is required to debark in India. Cruise lines do not usually provide this visa, therefore, you will need to obtain one prior to your cruise.

A placard with your name held by a learned guide activates this coastal journey. Upon reaching the shore, you'll see fishing gear first introduced by Kublai Khan's court, before observing the village nearby, designed with strong English influences. Next, the Church of St. Francis lends architectural proof of a Portuguese presence. Soon after is the Santa Cruz Cathedral, adding its Indo-Romanesque-Rococo design into the mix. Then, the Paradesi Synagogue is explored prior to visiting the shops in a Jewish enclave. Travelers with a flare for embracing the arts and culture find this Cochin tour fascinating.

A lucrative and vital port since Roman times, consequently Cochin features: Dutch, Portuguese, British and Jewish influences that continue to make the city appealing today. Unsurprisingly, Cochin's religious structures portray the many influences. However, once seaside, your guide will first present the intricate Chinese nets, local fishermen have used for nearly 1,000 years since their introduction by Kubla Khan's peers.

Nearby, you'll note the village is planned in the manner of an English village, as a result of their colonization of the area. Next, the Church of St. Francis, originally built in 1503 by the Portuguese, is the oldest European church in India - and perhaps one of the more quaint, yet beautiful. It is impossible to miss the intricate tiling at the main passageway.

Thereafter, you'll visit the Santa Cruz Cathedral, originally built in the Gothic style during the 16th century by the Portuguese. Spared by the conquering Dutch, but destroyed by the British, the Cathedral was rebuilt in 1887, and proclaimed a Basilica by Pope John Paul II in 1984. It remains home to a large collection of Dutch maps, royal weapons and furniture of historical significance.

Upon strolling a short distance, you'll be privy to the Paradesi Synagogue. Built in 1568, the oil lanterns, Cantonese ceramic tiles, and blue paintings reveal its originality. Nearby, you'll visit the shops, and spice auctions still active in the Jewish town. Reserve this tour for an authentic look at history's cultural melting pot in India.

Please Note: A tourist visa is required to debark in India. Cruise lines do not usually provide this visa, therefore, you will need to obtain one prior to your cruise.

Restrictions
Participants must be able to step in and out of the vehicle. This tour can accommodate a collapsible walker.

A tourist visa is required to debark in India. Cruise lines do not usually provide this visa, therefore, you will need to obtain one prior to your cruise.