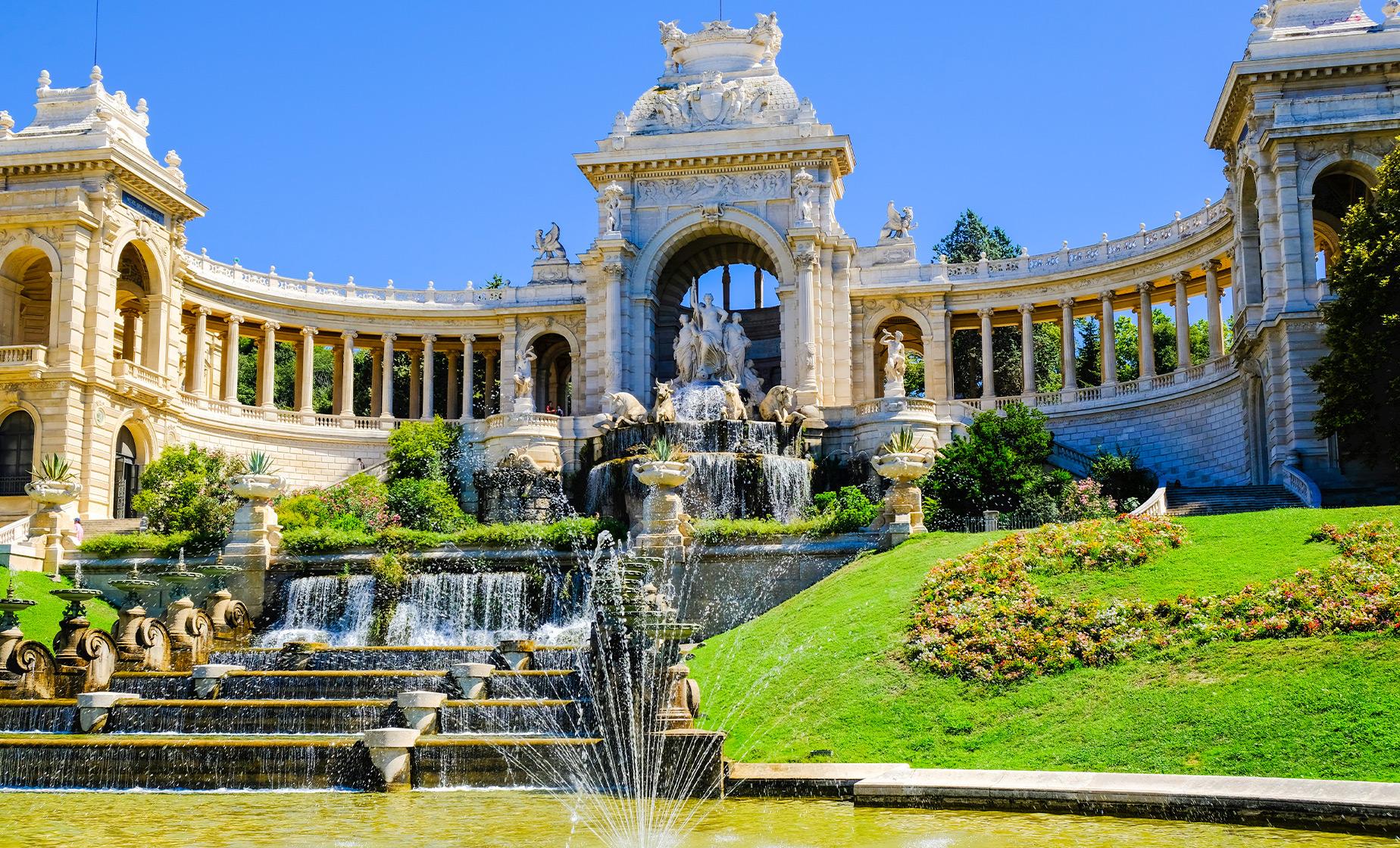 4.8 / 5  |  16 ReviewsReview This Tour
Price: $89.00   Sale Price: $79.00   Save: $10.00
Choose Options My Cruise Itinerary
Summary
Shore Excursion SizeSmall
Shore Excursion TypeCultural, Scenic
Shore Excursion Duration4 Hours
Activity LevelEasy
Shore Excursion Leaves FromThe Cruise Ship Pier. (Full details will be provided in your electronic ticket upon confirmation.)
Food/Beverage ProvidedNot Included
Recommended DressWe recommend wearing comfortable seasonal clothing, walking shoes, sunscreen, a hat, and sunglasses.
RestrictionsGuests must be able to step in and out of the vehicle. This tour can accommodate a collapsible wheelchair or walker, if the person in the wheelchair has a companion to provide assistance.

Marseille is in the midst of enjoying a cultural renaissance and you will see why during this 4-hour small tour. This city is the second largest one in France and was the European Capital of Culture in 2013.

Your adventure begins with a trip to Marseille's historical center. Walk along the Vieux Port dotted with shops and restaurants while your tour guide reveals the port's journey from a 6th century trade post to the area's hub of maritime activity in the 19th century. From there you will head to the colonnade-lined Palais Longchamp at the terminus of the Durance River. Inaugurated in 1869 as a monument to commemorate the connection of Marseille to a new waterway network, the combination large fountain-waterfall-water tower has two wings that house the city's natural history museum and musee des beaux-arts.

Continue on to the stunning Basilique Notre Dame de la Garde. Situated on the foundation of an ancient fort, this building rests on the highest elevation in the city overlooking Marseille. Consecrated in 1864 to replace an 11th century church by the same name, the Basilique has a lower crypt built in the Romanesque style and an upper church that was built in the Neo-Byzantine style using green limestone from Florence. You'll have the opportunity to go inside the Basilique and explore the symbol of the city of Marseille for approximately thirty minutes. Grab a photo or two then conclude your tour at Cap Croisette. Walk along the peninsula and feel time stand still as you enjoy breathtaking views of the Mediterranean Sea.

Sign up today for your opportunity to step back into the history and culture of beautiful Marseille.

Restrictions
Guests must be able to step in and out of the vehicle. This tour can accommodate a collapsible wheelchair or walker, if the person in the wheelchair has a companion to provide assistance.

4.8 / 5  |  16 ReviewsReview This Tour
Marseille France
Despite the limited time, this tour of Marseille was very comprehensive. The tour guide, Luis presented fun and interesting information about each location we visited.
Reviewer: Bob Martyn

MARSEILLE CITY TOUR/DOMITIA TOURS.
WE MARK THIS TOUR WITH 5*****STARS.MR DJIANI CAME IN TIME.WE EXPLORED MARSEILLE FROM UP THE HILL.MR.DJIANI ,IS A GOOD STORYTELLER OF DIVERSITY of the PAST,HE CONNECTED US WITH THE CITY'S HISTORICAL BACKROUND ,FIRST by VISITING THE CATHEDRAL of NOTRE DAMEde la GARDE.HE REALLY PARKED UP CLOSE TO THE ENTRANCE FOR US!. AFTER LEARNING ABOUT HISTORY of MARSEILLE WE CONTINUE DELIGHTFUL COASTAL LANDSCAPE ALONG ''CORNICHE''WE ADMIRE THE BORELY CASTLE AND GARDEN. WALK AT /IN THE PARK LONGCHAMPS&TAKING A PHOTO BY THE STUNNING FOUNTAIN/MONUMENT HISTORIQUE. WE TRULY TREASURE THIS . I WAS ASKING FOR A FPHARMACY FOR MYSELF SO MR.DJIANI WAS VERY CAIND SHOWING US ONE NEAR THE CITY HALL OPEN,SO WE THANK FOR OUR GUIDE TRULY MUCH MORE..HELP&THANK'S MERCI/ POUR TOUT!!!FROM CATHERINA&LESLIE/MONTREAL QUEBEC, CANADA.
Reviewer: ECATERINA&LESLIE LAZA

Highly recommend
We booked our excursion through United - not MSC Cruise lines. We were pleased that our party of 4 was assigned a personal tour guide! We weren’t stuffed into a bus with 100 strangers, stuck using headphones to hear what the guide said. Our guide to us to his favorite restaurants and locations which was a great touch!
Reviewer: John

Tour of Marseille
The tour guide was knowledgeable and pleasant and we found the tour was ok of Marseille although we stayed mostly in 1 area and then the church was great it would have been nice to get to see a little more like the water area but maybe the tour was not long enough for us since it was about 4 hours
Reviewer: Martin Blanch

Absolutely a great guide.
The guide was phenomenal. There were some individuals in the group that had some mobility issues and he was very careful to make sure they were taken care of. Unfortunately we had to walk quite a distance from the ship to get to the bus, I'd estimate the walk from the ship to the bus was about a mile. That's pretty much the beginning of the walking. There's a bit of walking at the fountain, but it's not bad. We had no problems at Notre-Dame-du-Mont, but the mobility challenged among us pretty much had to wait at the bottom of the stairs that lead up to the church. There were quite a few stairs, so if you have problems climbing say 10 to 15 flights of stairs, this probably isn't the tour for you. You don't have to be fast, but if you can't do it, you'll miss out on a big portion of the tour. There's about an hour or so at the end of the tour to explore and grab a bite to eat in town.
Reviewer: Guy

Marseille in a Morning
The tour was good and our tour guide was so knowledgeable and friendly. He did give us time to enjoy the stops and take pictures. I was expecting a smaller group than what we had and we always had to wait for that one person...but it was good.
Reviewer: Rock L