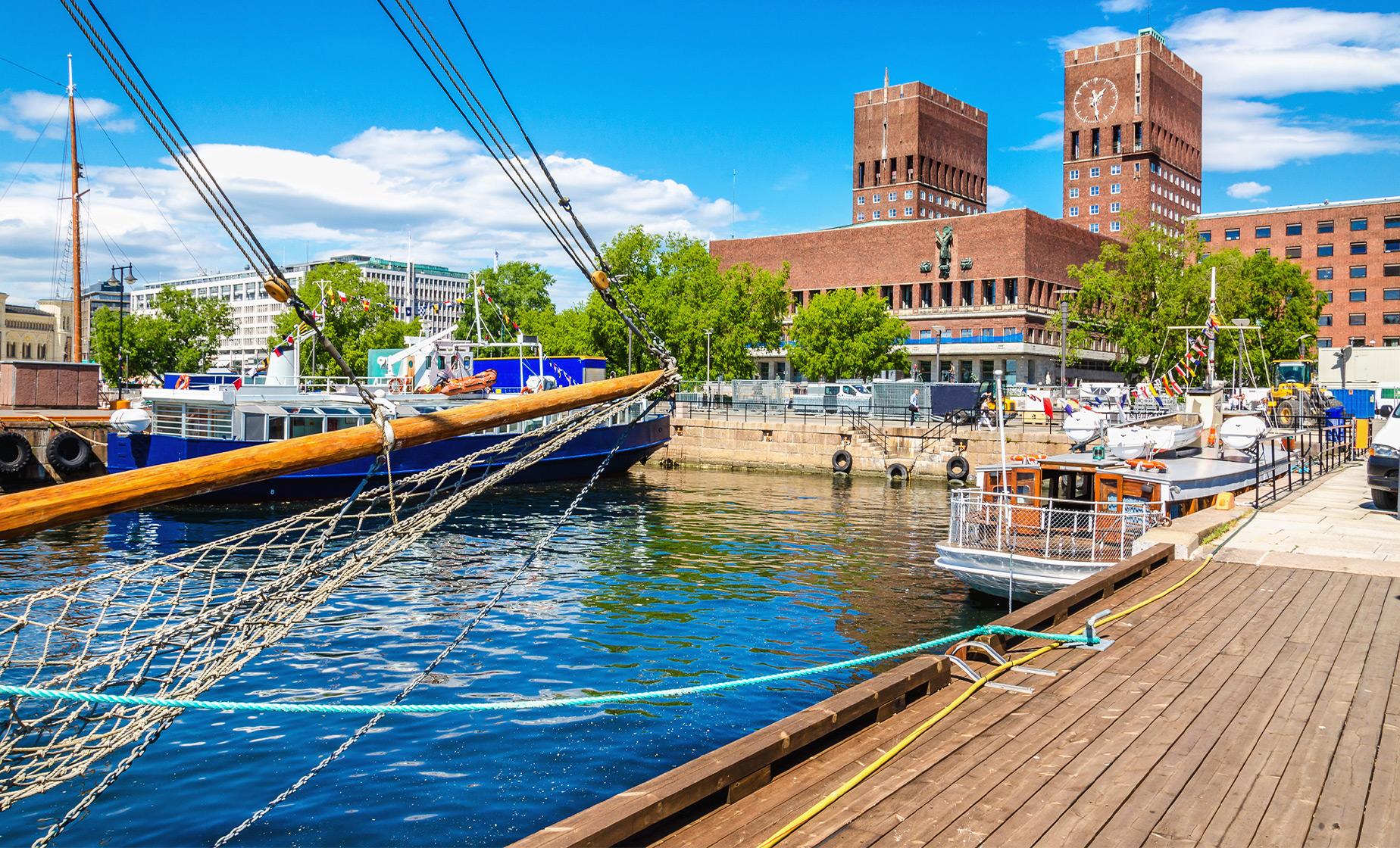 This short, but very informative half-day excursion is not only perfect but concise for those who are only in Oslo for a few hours. During this walking you'll receive an introduction to the local history and culture.

Your excursion will be conducted in a smaller, intimate size group giving more personal attention and will take you to Dome Cathedral, a medieval cathedral with a restored original Baroque interior that is used by the Royal Family and Norwegian government for public events. The present building dates from 1694-1697 and in 2001 was used for the wedding of the Crown Prince of Norway.

You will also view the Karl Johan's Gate, the main street in Oslo that is filled with trendy shops, mouthwatering restaurants and popular tourist attractions including the Royal Palace, Central Station and the National Theater. This street is a composite of several separated older streets and is 1,020 meters long. Stop for a coffee or tea (included) and have the opportunity to purchase different local sweets and other products.

Oslo's impressive City Hall is the ceremonial location of the Nobel Peace Prize, and greets you with colorful motifs of Norwegian history, culture and local life. Don't leave without getting up close and personal with the Akershus medieval castle and grab a photo or two of this grand 13th century fortress as well as the views from its strategic location on the Aker River.

This popular tour sells out fast, book now to reserve your place and take a few hours to learn all about a new country, her culture and history.

Food/Beverage Provided
A beverage is included.

Restrictions
Guests must be in moderate physical condition and be able to walk up to 1.5 miles over sometimes uneven terrain. This tour is not wheelchair accessible.

5.0 / 5  |  3 ReviewsReview This Tour
Very Nice Tour
Svein was a great tour guide and charming person. He picked my up at the pier and we walked to another ship to get the others for the excursion. Great having a small group. We walked for about 4 hours with one stop for coffee (not included although the tour description said it was). We got a good feel for the city of Oslo and the history. We returned to the ship in plenty of time. Would recommend this excursion.
Reviewer: Hetty

Oslo
Our tour guide was excellent . Great personality and lots of good information . We knew nothing about the city but enjoyed the tour very much.
Reviewer: Molly Pollard

Impressive Oslo!
Our guide Sven was very knowledgeable and we enjoyed our walking tour. The tour was longer than advertised and in wet weather but that did not detract from our overall enjoyment
Reviewer: Jill