Price: $29.00
This tour operates from mid-January to mid-December. 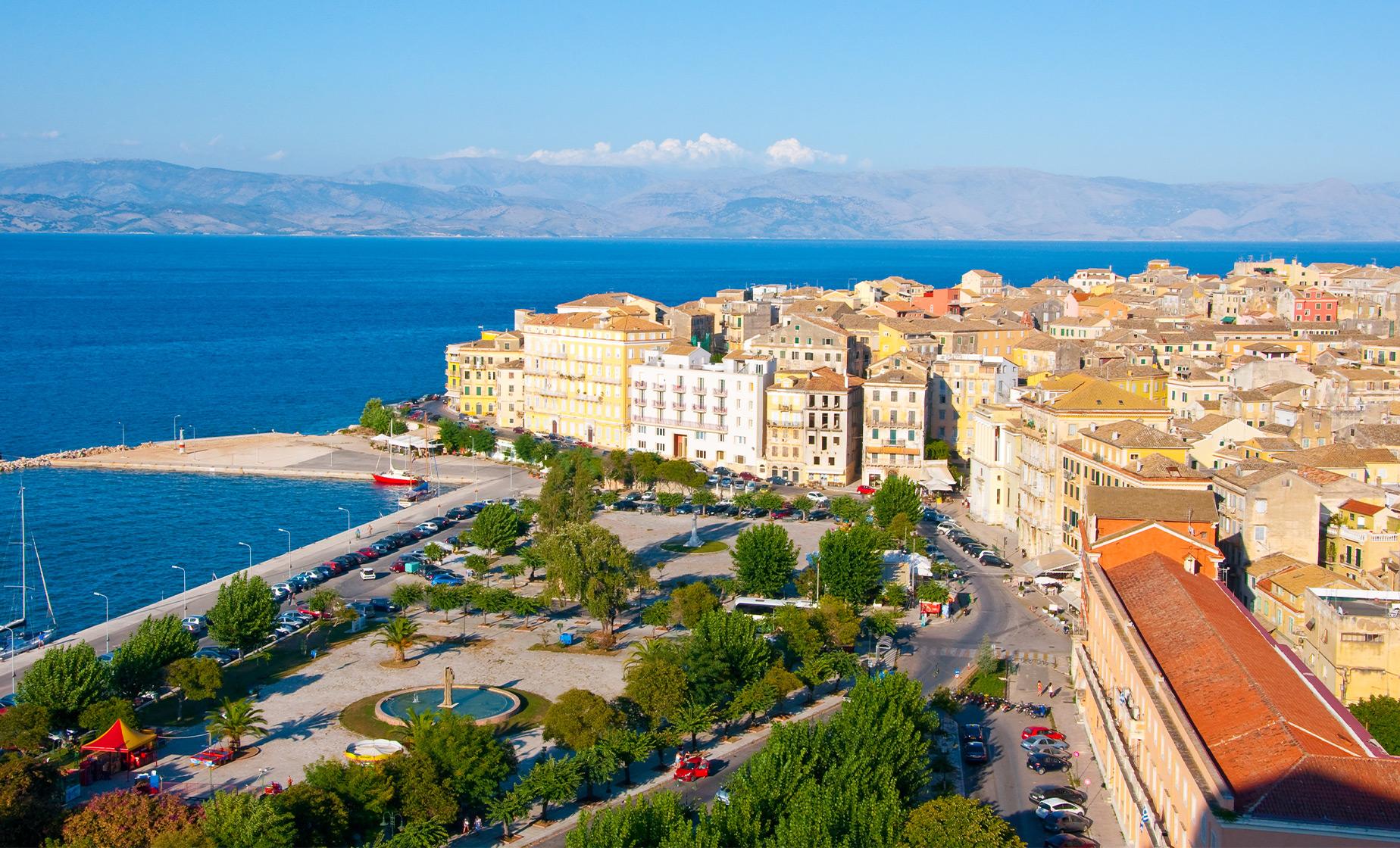 Take in the fantastic views and sights of the beautiful island of Corfu aboard City Sightseeing double decker buses! Hop on to experience the fortresses of the Old Town and the breathtaking views of Faliraki Beach and Panagia Vlaherna Monastery.

The City Sightseeing tour of Corfu offers the perfect way to see the sights and sounds of the city. See and hear Corfu's history and experience the famous sights and monuments aboard our double decker buses.

Enjoy an audio-guided tour with pre-recorded commentary in 8 different languages, so you can learn about the history, culture and points of interest while taking in the amazing views. The Old Town, which is a World Heritage Site by UNESCO designated in 2007, showcases unique architecture and a plethora of Venetian and Anglo-French elements built between the two Fortresses the New and the Old Fortress, both of which protected the Corfiots in the medieval and modern times. See Venetian mansions and the water-colored buildings with the characteristic Corfiot ochre color. Experience pedestrians' alleyways and the little streets including gardens and beautiful squares such as Bosketo and Spianada which is the largest square in Greece and of the Balkans, the imposing Liston with its arches and the characteristic Venetian lanterns. There are Orthodox churches, such as Saint Spyridon (Agios Sriridonas) containing the relics of the patron saint of the island, the Catholic churches such as the Catholic Metropolis of Saints Jacob and Christopher, and the building of the Jewish Synagogue.

The sights to be seen in Corfu include the Old Town which is a UNESCO World Heritage Site, the Old and the New Fortress, the Palace of St George and Michael, the Venetian mansions, the water-colored buildings with the characteristic Corfiot ochre color and the Pontikonisi island and the Panagia Vlaherna Monastery at "Kanoni". There are many alleyways and little streets, gardens and beautiful squares such as Bosketo and Spianada; also there many incredible buildings such as the churches, library, theatres and museums, not to mention the imposing mansions. In the commercial center of the city there are many interesting and unique shops and various cafes, bars and restaurants.

Please Note: This tour includes 1 bus route, the Kanoni Route. It takes approximately 45 minutes to complete the Kanoni Route without getting off. The bus runs every hour from December to February, every 20 minutes from March to May, every 15 minutes from June to September, and every 15 to 20 minutes from October to November. The tour is narrated in English, Greek, Italian, French, German, Spanish, Arabic, and Russian. First and last tour times vary by season and will be detailed in your electronic ticket.

Recommended Dress
Comfortable lightweight summer clothing and walking shoes is suitable for most of the year, but light sweaters may be needed for the winter months in the evenings.

4.5Based On 8 Reviews Review This Tour

Reviewer: S Saunders
Not close enough to view location of Series Durells in Corfu. But was told by driver how to get there.

Reviewer: Tony
We enjoyed our recent one hour tour using this convenient 7 stop service. We visited the Old Fortress on route and spent some time walking through the main restaurant and shopping area. Returning to the terminal was also very straightforward. A good overview.

Reviewer: Jane Chiew
The bus was an excellent way to explore Corfu in the limited time span we were given. The commentary was interesting and guides announced each stop.

Reviewer: ALima Soodeen
Easy to meet bus. Good tour to see highlights. Everything was as expected