Hop On Hop Off in Penang 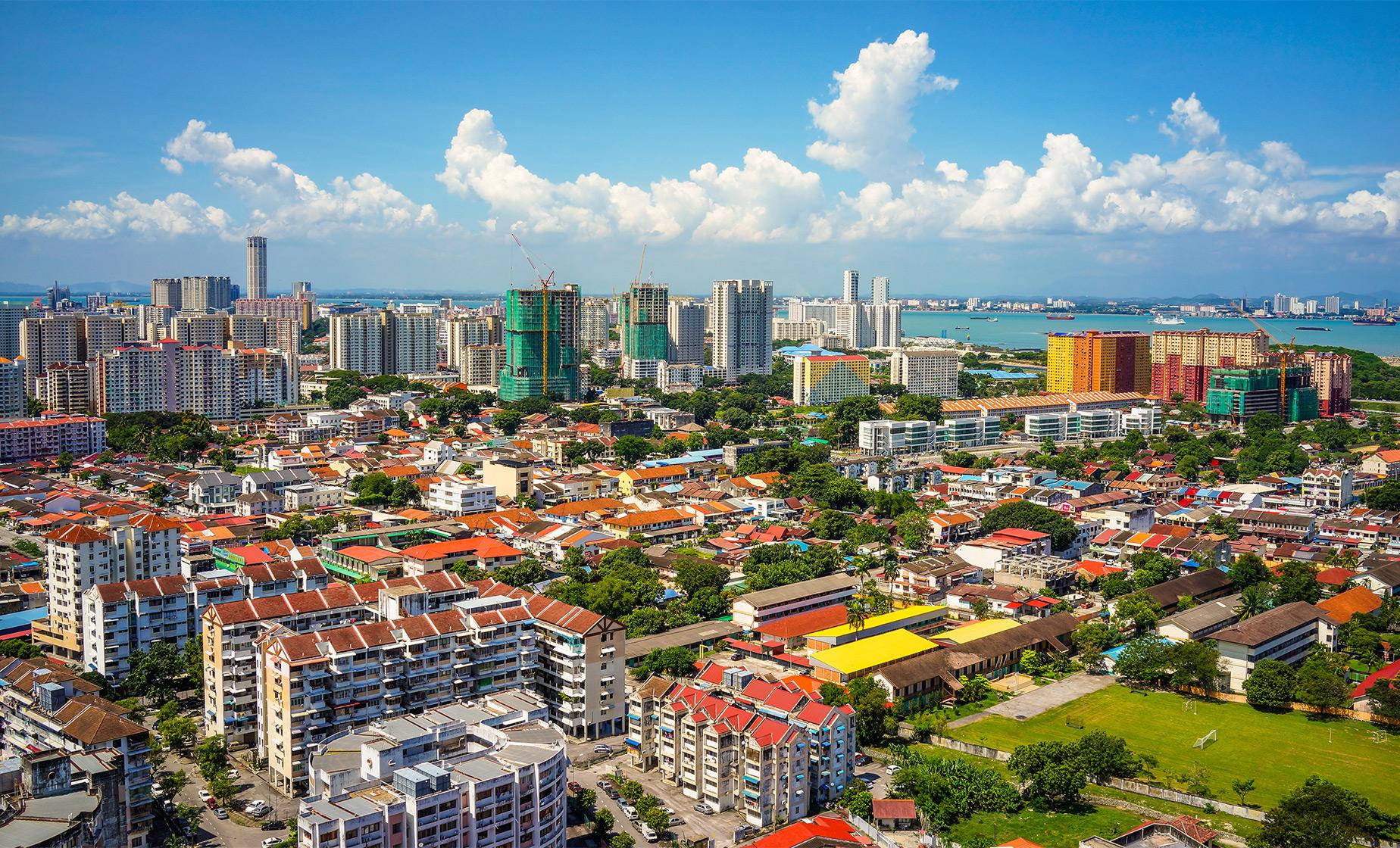 Bus Stop #10 (The nearest bus stop to Cruise Port is at Stop No.10-Cruise (5 minutes walking distance from Arrival Hall of Cruise Port)
Food/Beverage Provided Not Included
Recommended Dress Comfortable seasonal clothing, sunscreen, sunglasses and hat. Rain protection if necessary. Camera for photos. Visit to local places of worship, please ensure you are appropriately dressed as you could be refused entry. Long sleeves and loose pants or long skirts pants are acceptable in places of worship. Shoes should be taken off when entering a mosque or similarly, someone's house.
Restrictions Participants must be able to step in and out of the bus. Collapsible wheelchairs or walkers can be accommodated.

Hop On Hop Off in Penang

The city of George Town, Penang is the capital of one of the most urbanized and industrialized regions in Malaysia. Though Penang itself has prehistoric remnants dating back 5,000 years, Penang, as a strategic player on the world's economic stage, was founded in 1786 by Captain Francis Light, who worked for East India Company. He named it Prince of Wales Island, and its primary settlement, George Town, in honor of King George III. In later years, Penang became an export center for spices, betel nut, tin, and opium.

Even though British rule is an aspect of the past; its influence is still alive in Penang. and your tour will take you around in one of its most well-known modes of transportation: the double decker bus. This open top Hop On/Hop Off tour will provide an overview of Penang, allowing you to step off at any of its stops, only to be conveniently picked up again later when you wish to continue your tour.

Between two circle routes, the City Route and the Beach Route, there are a total of 22 potential stops that can be made. Intervals between buses at each of the designated stops are approximately 20-30 minutes (subject to traffic conditions).

The information and ticket counter will be at Gurney Drive (STOP 1). Along the route, there are more than 50 attractions where you can hop-on or hop-off at any of the 22 designated stops.

This Hop On/Hop Off tour will provide the best way to visit a city and all you need to do is step on and off a double decker bus.

Please Note: The Beach Route only operates on Fridays, Saturdays, and Sundays.

4.4 / 5  |  7 ReviewsReview This Tour
Great Sightseeing
Hop On Hop Off bus was a great way to see Penang when you are only there for a day. Don't bother buying tickets on-line as they are far cheaper at the bus only 45 RM.
Reviewer: Angela Chadwick

excellent
Very organized at the port. Only one line was available. Thankfully we started off early. The traffic in the afternoon poses a problem. Watch your time and start early. Great stops. Thank you.
Reviewer: gemma Young

penang hop on hop off bus
A Fantastic way to see all the sights of this city on a restricted time scale.
Reviewer: Phili

Penang
A wonderful way to visit all the sights in Penang and then able to consider sites that a person may want to visit again. We took both bus routes (red and green) which in fact took up to approximately 5 hours or most of our day. It was definitely worth every minute, and we would highly recommend it to anyone. Very comfortable bus-outdoor seating and indoors for shade
Reviewer: Garry Forman

Hop on Hop off in Penang
Enjoyed the tour but would warn travellers that if they have shipping deadlines to be very careful with their timing as traffic problems can cause long delays in Penang
Reviewer: Rosalie Clark