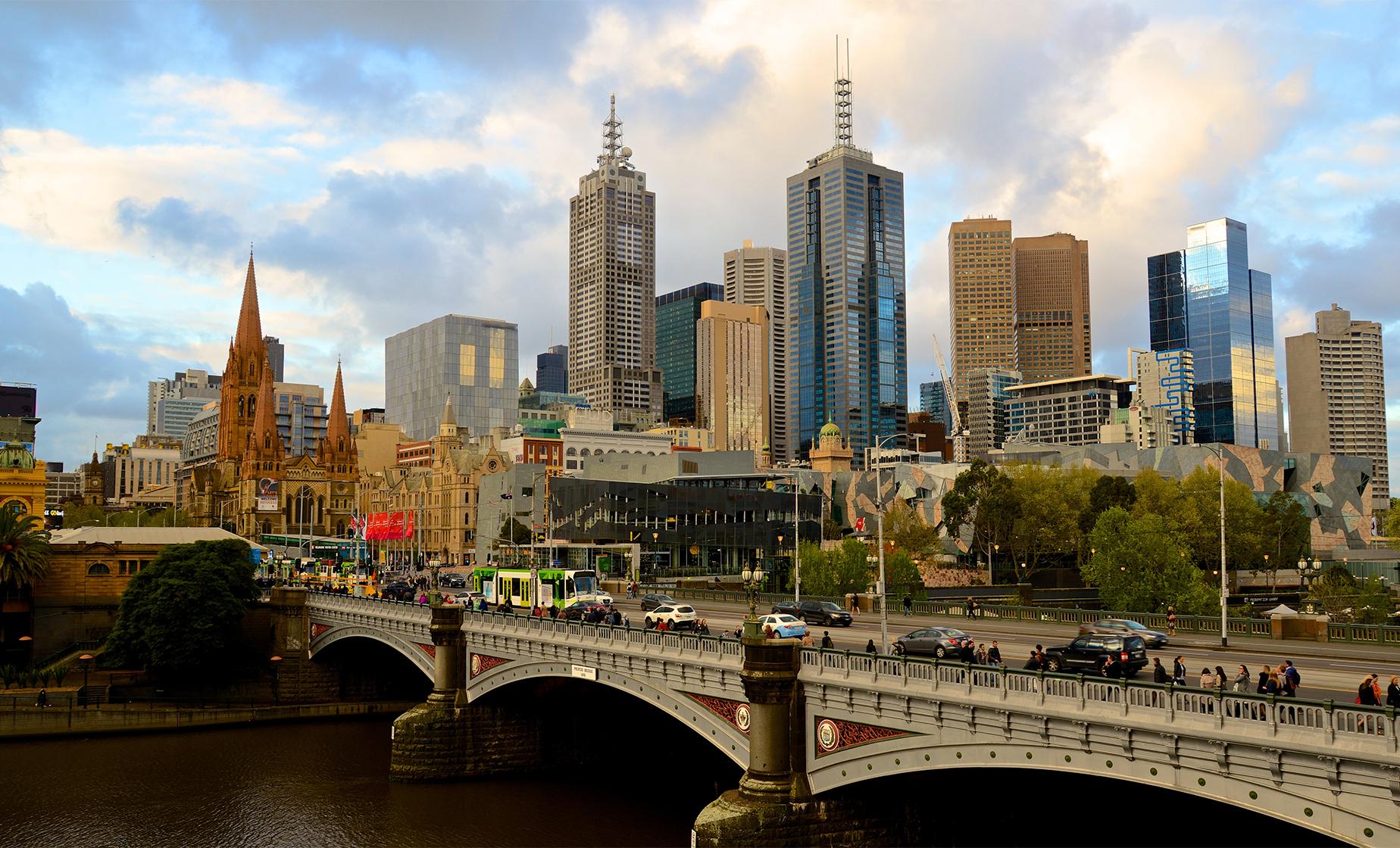 4.5 / 5  |  20 ReviewsReview This Tour
Price: $39.00   Sale Price: $29.00   Save: $10.00
Choose Options My Cruise Itinerary
Summary
Shore Excursion SizeStandard
Shore Excursion TypeCultural, Active, Scenic, Water/Beach
Shore Excursion Duration24 Hours
Activity LevelEasy
Shore Excursion Leaves FromNumerous bus stops throughout Melbourne. (Full details will be provided in your electronic ticket upon confirmation.)
Food/Beverage ProvidedNot Included
Recommended DressComfortable lightweight summer clothing and walking shoes is suitable for most of the year, but sweaters or jackets may be needed for the winter months, especially in the evenings. Good quality sunglasses are advised, and photo-chromatic lenses for those who wear spectacles.
RestrictionsGuests must be able to get in and out of the bus. This tour is not wheelchair accessible.

Choose how you want to get to know city life in Melbourne with this hop-on, hop-off tour. With this tour, the city is at your fingertips, with historic sights, beautiful architecture, wonderful food, and great shopping literally just a hop, skip, or jump away as you get on and off each bus.

The capital of the state of Victoria, Melbourne is the second largest city in Australia. Also called the "City of Gardens," lush and filled with trees, Melbourne sits on the beautiful Yarra River, creating a stunning skyline where the sparkle and sheen of a modern city meets the flourishing beauty of nature.

Marvel at Sir Roy Burman Grounds's modern design at the Melbourne Arts Centre or visit the Rod Laver Arena, site of the Australian Open and named for one of the country's greatest athletes. Explore neighborhoods like the centrally located Chinatown or the Docklands situated on the city's waterfront.

High above the city on the 88th floor of the Eureka Tower, an observation deck will lay all of Melbourne out below you. A glass overhang called "The Edge" will give you a unique perspective of the city. It's definitely worth hopping off the bus at that stop.

If shopping is where your interests lie, you'll enjoy finding out more about South Wharf DFO, a mall with 180 shops near the Docklands, as well as the factory outlet shopping center at Harbour Town and the historic Queen Victoria Market. There's something for everyone on this convenient bus tour of beautiful Melbourne, so get your ticket today!

Restrictions
Guests must be able to get in and out of the bus. This tour is not wheelchair accessible.

4.5 / 5  |  20 ReviewsReview This Tour
Rainy Day
Rained heavily most of the day so we only got to see the Victoria Market as a foot excursion, spent the rest of the time staying dry onboard the bus
Reviewer: David Brindle

Convenient
We used it several times in one day. Just what we needed. Used the handy map to get everywhere we needed to go. Great value!
Reviewer: Phyllis Hunter

A Very Nice Way to see Melbourne
The Hop-on Hop-off tour was better than we had expected because it was tailored for visitors from our ship and was therefore very convenient for us. For example, we did not have to finish the St. Kilda tour to go back to the starting point at Federation Square, but were taken directly there, with commentary on the sights along the way. We returned to the port via the initial route of the St. Kilda tour. The driver was extremely helpful and guided us as to times to meet a bus to return and where certain attractions were located. This was all for a very reasonable price. Federation Square and the walk along the River was very nice. I recommend this tour.
Reviewer: Sandra Travis

A little disappointing...
Melbourne itself was a very nice stop - Queen's Market was very interesting. However, the Hop-on-Hop-off bus was an old bus with wire mesh on the outside of the windows of the lower level. Unable to take pictures. Later when there was room, we moved up to the top level which was better.
Reviewer: Gordon Milne

Visiting Melbourne
The hop on off bus was a great way to get around Melbourne safely and see some sights. Bus Driver was friendly and helpful.
Reviewer: Jennifer Marlow

Hop on hop Melbourne
Easy access close to our ship. Got to see and do the Star and Edge that we wanted to see;however because the time of the bus route was shorten we did not get to do much of anything else
Reviewer: Joyce Crim