Price: $32.00
This tour is available April through December. 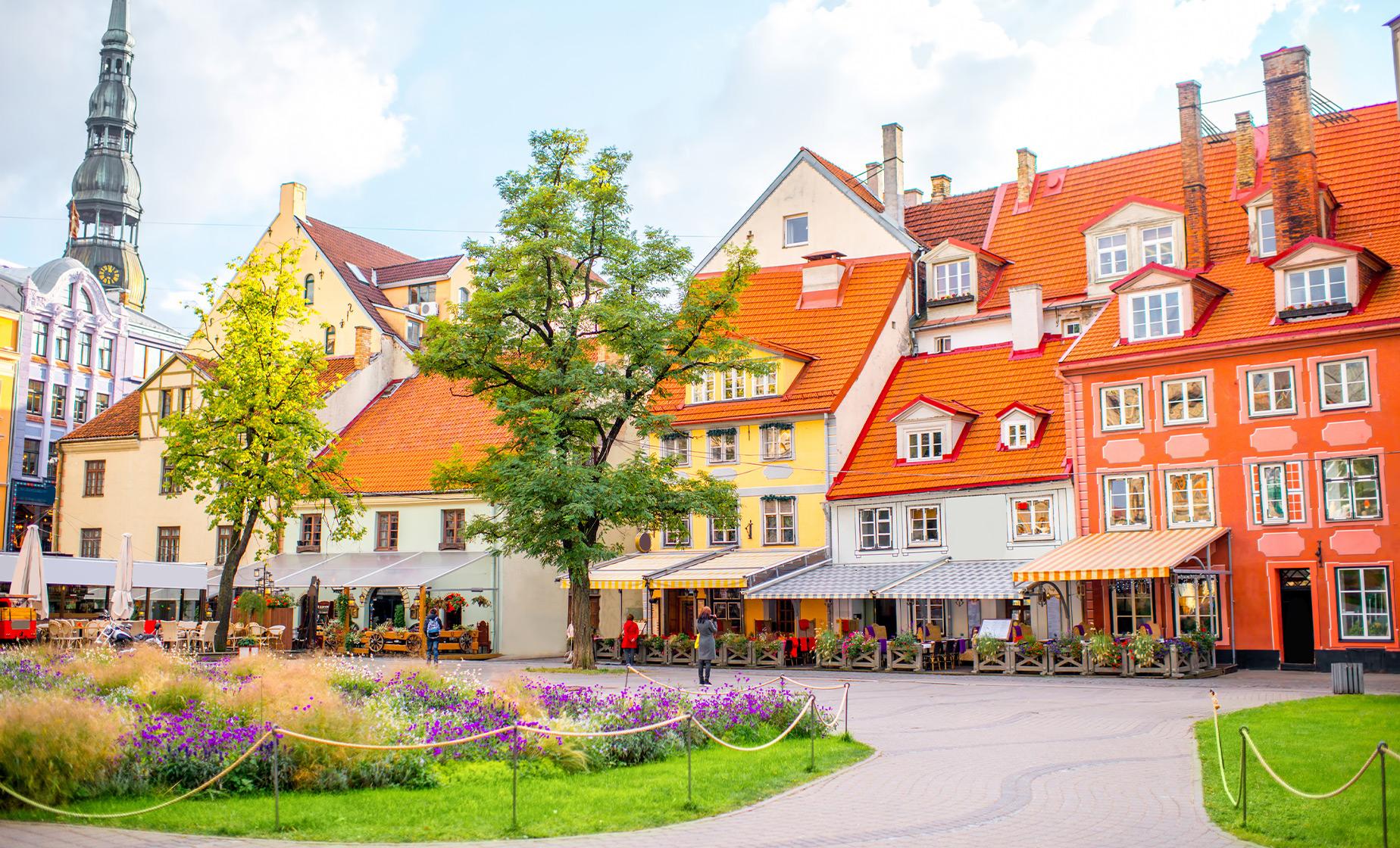 View Riga's stunning architecture up close and personal from the open-top deck and learn all about the city's fascinating history via the on-board audio tour commentary which is provided in 8 languages.

Riga is located on the Baltic Sea at the mouth of the River Daugava. Considered to be a cultural center, the city is home to many museums and concert halls. Also known for its wooden buildings, art nouveau architecture and medieval Old Town, the pedestrian-only Old Town has many shops and restaurants and is home to the lively and busy Livu Square. This area is delightful and full of charming cobblestone streets and architectural treasures, which is why it is a designated UNESCO World Heritage Site. See the incredibly narrow Rozena Street and see if your arms are long enough to touch both walls at once. At the Academy of Sciences, an imposing communist-era building which was the first skyscraper built in Latvia, climb to the 17th-floor for unbeatable views over this hidden gem of a city. The Powder Tower, which was originally built as part of the city’s (very much needed) defensive system, takes its name from the fact that gunpowder was stored there in the 17th century. Today, it is home to the city’s fascinating War Museum which tells the story of the country’s political and military history.

One of Riga’s most interesting buildings is the Cat House, which has sculptures of two very angry cats on its turrets. According to legend, these cats were placed there by the building’s first owner to show his anger at the local Great Guild which had refused him membership. Originally, their tails were facing the guild to show maximum displeasure, but they were later turned the other way.

And did you know Riga lays claim to the home of the first Christmas tree? Going back to 1510, a local merchants’ guild, the Brotherhood of Blackheads, decorated a tree in the marketplace, danced around it and then set it on fire!

Please Note: This tour is available Friday through Sunday only. The first tour time is 10:00am and the last start time is 4:00pm. The tour operates April through December only. It takes approximately 50 minutes to complete the full loop route without exiting the bus and the frequency of the bus is every 30 minutes. The tours are narrated in Latvian, Swedish, English, Spanish, German, Italian, French, and Russian.