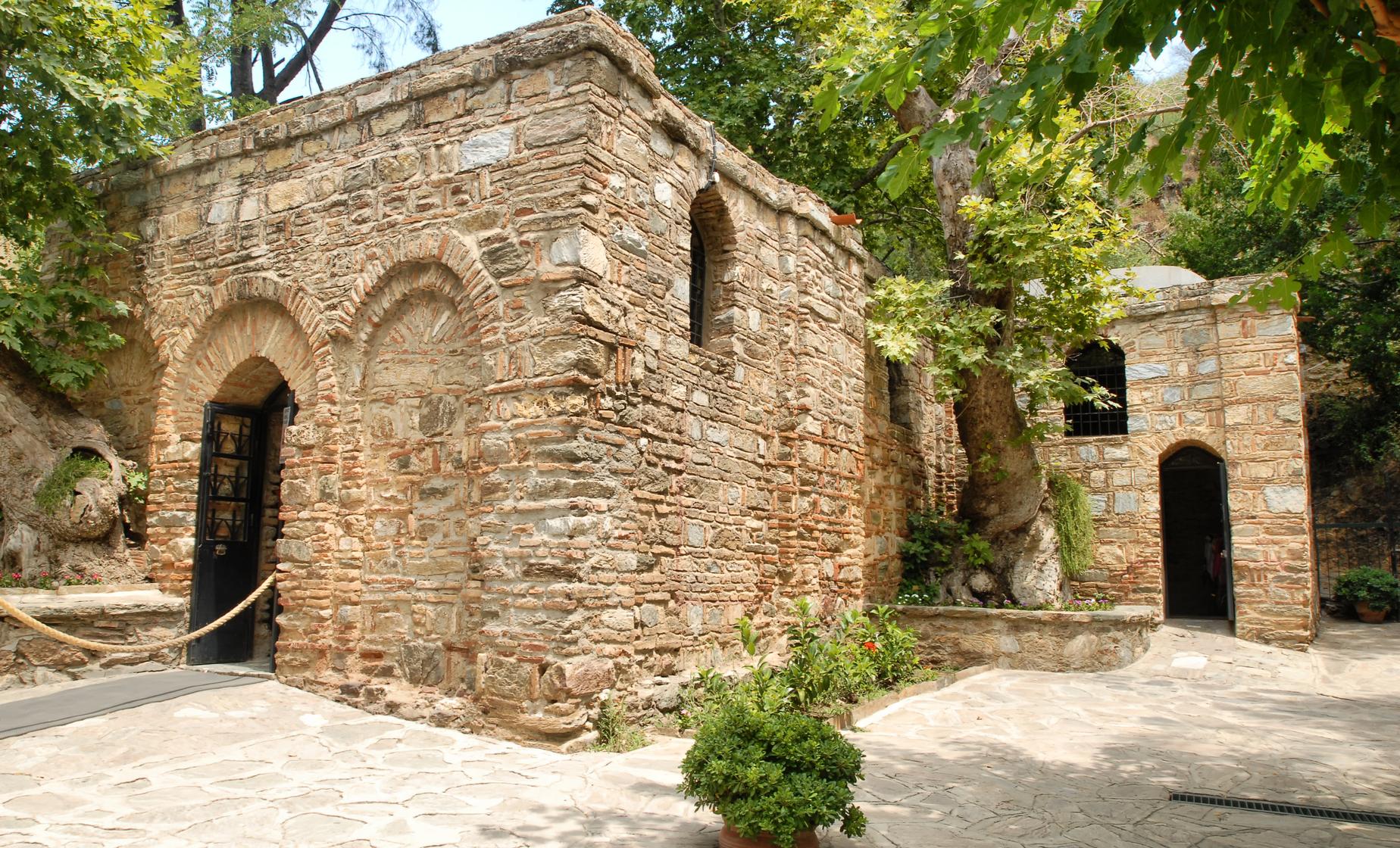 Cruise Ship Pier
Food/Beverage Provided None
Recommended Dress Shoulders and knees should be covered when visiting a religious site. Comfortable, sensible walking shoes are recommended.
Restrictions Guests must be able to walk over packed dirt, cobblestone and rock pavements. Many of these are uneven. Steps are required at various points throughout the city. Most of Ephesus is not wheelchair accessible.

After meeting your professional guide at the Kusadasi pier, your Ephesus excursion will depart for the House of the Virgin Mary. It is known with certainty that the Virgin Mary went to Ephesus and lived there for some time. Whether she died in Ephesus is not confirmed, and her final resting place is still contested. In the late 1800s, a stigmatized German nun who had never been to Ephesus, Anne Catherine Emmerich, had a vision of the House of the Virgin Mary and described it in detail to German writer Clemens Brentano, who later published a book about it. In 1891 Paul, Superior of the Lazarists from Izmir, read about her vision and found a little building which corresponded with Emmerich's descriptions. Although the foundations were from the 1st Century A.D., the house itself dates only back to the 5th century A.D. The site was officially declared a shrine of the Roman Catholic Church in 1896, and since then it has become a popular place of pilgrimage. Popes visited the shrine in 1967 and again in 2006.

Spiritual place
The tour of the House of the Virgin Mary was lovely.. Very spiritual place, but could have used more time.
Reviewer: Beryl Salvatore

Beautiful inspiring sacred place
Our guide was so knowledgeable, it was a real pleasure to do this tour. The ride to House of the Virgin Mary was very interesting, with lots of details about Ephesus and its history. The House itself was beautiful, really wonderful information. Had plenty of time to soak in the experience. Really glad I did this tour.
Reviewer: Barb Singer

Ephesus
Excursion was excellent. Excellent gude. Great time. Only thing I would recommend is that people are told they do not need to go to rug demonstration at the end.
Reviewer: Karen Lewis

Best tour
My wife and I were very surprised at this excellent tour. We were the only two and our guide was excellent. She was both knowledgeable and pleasant. We had ample time at both sites and were given any private time we wanted. We also were brought in to see how the silk is extracted from cocoons to make rugs. Highly recommend for all!
Reviewer: Louis