Exclusive Best of Jerusalem and Bethlehem 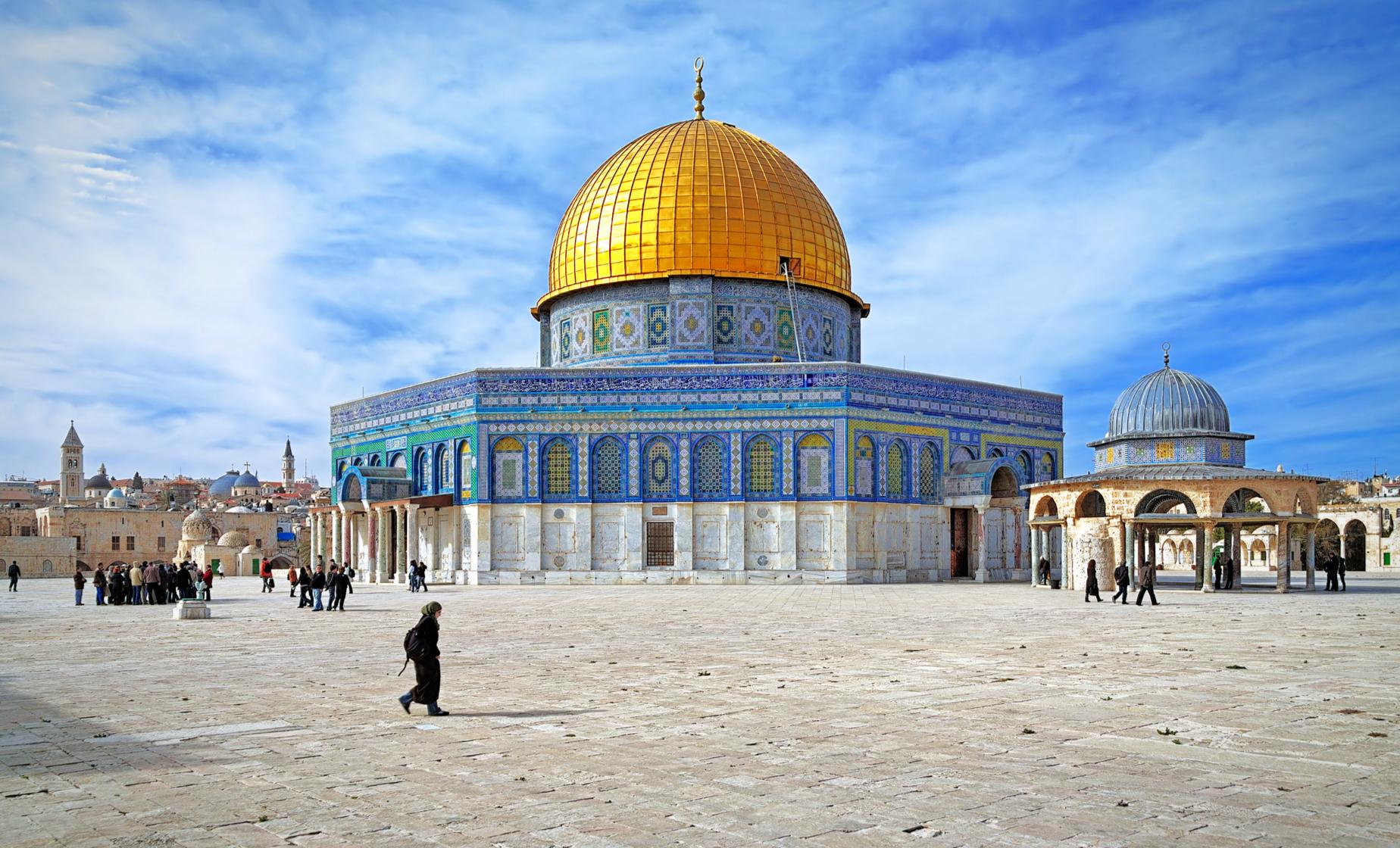 Cruise Ship Pier
Food/Beverage Provided Not Included
Recommended Dress As you will be visiting religious or memorial sites, head, shoulders and knees must be covered. Comfortable, sensible walking shoes, sun glasses and sun screen are recommended.
Restrictions There is approximately 2 hours of walking in the Old Town, some of it with steep steps to negotiate, and uphill walking and steep steps in Bethlehem. This tour is not recommended for those guests with mobility concerns.

Exclusive Best of Jerusalem and Bethlehem

Thousands of years and millions of memories. That's what you'll experience when you visit some of the most important religious sites in the world during this full-day exclusive excursion to Jerusalem and Bethlehem.

Next you will visit the nearby Church of All Nations, also known as the Basilica (or Church) of the Agony, and the Garden of Gethsemane. The Basilica, which is Roman Catholic, was consecrated in 1924 and is decorated with mosaics donated by each of the countries that also contributed to the construction of the Basilica itself. The altar enshrines a section of bedrock, known as the Rock of Agony, where Jesus is said to have prayed before his arrest. The current church rests on the foundations of two earlier ones, a 12th-century chapel and a 4th-century basilica. The garden of Gethsemane is the site where Jesus prayed and his disciples slept on the night of his betrayal and arrest. According to the Eastern Orthodox Church tradition, Gethsemane is the garden where the Virgin Mary died before her assumption on Mount Zion.

Enter the Old City of Jerusalem through the Dung Gate to see the Western Wall, which is actually part of the supporting wall of the Temple Mount. The only part of the wall that has not been hidden by construction, the Western Wall has remained intact since the destruction of the Second Jerusalem Temple in 70 A.D. The Second Temple, which was built in 517 B.C, was a replacement for the First Temple. The First Temple, which was conceived by King David, was constructed by King Solomon in 950 B. C.

Then you will leave the Western Wall Plaza and follow the Via Dolorosa. The Via Dolorosa winds through a maze of narrow alleys in the Muslim Quarter offering you a fascinating variety of shops and stalls. Here one can purchase anything from mixed nuts and spices, to different kinds of sweets and pastries, vegetables and falafel, along with souvenirs, ceramics, oriental jewels and cloths. The Via Dolorosa represents a series of events in the life of Jesus from the time he was condemned to death through the third time he fell on his way to his crucifixion.

From Jerusalem, you will travel to the town of Bethlehem, a trip made by the magi (Wise men) many years ago. While in Bethlehem, you will visit the Church of the Nativity, possibly the oldest continuously operating churches in the world. The structure is built over a grotto that tradition marks as the birthplace of Jesus of Nazareth, and is considered sacred by followers of both Christianity and Islam.

The current Basilica was rebuilt in 565 A. D. under the order of Emperor Justinian I. The compound surrounding the Basilica has been expanded over the years. Greek Orthodox, Roman Catholic, and Armenian Apostolic authorities administer the church jointly. The structure is actually a combination of two churches, with the Grotto of the Nativity, where Jesus is said to have been born, underneath. As wait times to enter the grotto can be more than 3 hours long, a visit to the grotto is not included in this tour.

After your visit to Bethlehem, you will return to the port.

Please note: Bethlehem is part of the Palestinian Authority. Our guides in Israel, who are Israelis, are not allowed to escort tourists into Bethlehem. For the Bethlehem portion of your tour, you will have a local Palestinian guide to escort you. The cost of this guide is included. If traveling in any vehicle smaller than a coach, you will also need to change vehicles for the Bethlehem portion of the tour. A mandatory stop at a gift shop in the Palestinian Authority area is required as part of this visit. Purchasing is not required.

4.9 / 5  |  8 ReviewsReview This Tour
walking in Jerusalem
My wife doesn't do walking so she missed the 2 hour walk through Jerusalem, but I enjoyed it. Sadly the Dome of the Rock was no longer available. It was easy to access last time. 50 years ago. Be prepared for masses of tourists to jostle your way through. Sly was a knowledgeable guide.
Reviewer: Nick B

Excellent Guide... sometimes hard to hear
It was an excellent tour which touched on many important sites in Jerusalem and Bethlehem. The only drawback was, because of the crowds, it was sometimes difficult to hear what the guide was saying. He was very knowledgeable, so it was a shame to miss anything. I would suggest that an intercom system be employed, as many of the tours in the area did.
Reviewer: Joseph F Bauer

A truly wonderful day
We were concerned that this excursion was not endorsed by Royal Caribbean when we printed it off for use. We were dropped at the Mount of Olives, a wonderful vista before us and a daunting task to walk 10 kms through the Old City. Since it was the Thursday before Easter there were 1000's of people. We all managed to touch the Western Wall and each of us were gathered easily and taken right through the Old City, passing the Stations of the Cross. In Bethlehem and with an additional Palestinian Guide we were taken to the Church of the Nativity where he was able to get us into the grotto to see where Jesus was supposed to have been born and the manger area. Wonderful and very moving. At the end of the day we reflected.on how busy our day had been, the walking just breezed by and the historical significance of our journey was not forgotten. We thank our guide and the privilage of being in Jerusalem and Bethlehem at such a significant time.
Reviewer: Diana Sanderson

Walk in Jesus' steps
Guide was very experienced and knowledgeable. Guide did very good job of explaining tensions among Muslims, Jews and various Christians. He kept us close to the historic areas but away from religious groups that were demonstrating. Passing through the wall between Jerusalem and West Bank was quick and uneventful. Our Bethlehem guide was well educated and very knowledgeable. The tour was completed with ample time to return to the ship. There were several weddings and Bar Mitzvahs while we were there.
Reviewer: Marketfog

Israel
Our guide and bus driver were professional and friendly men who wanted us to have the experience of a lifetime. Michael was so knowledgeable and passionate about the places we visited in Israel. The vehicle was clean and comfortable. I would not hesitate to book an excursion with them again and encourage people to book!
Reviewer: Cooks