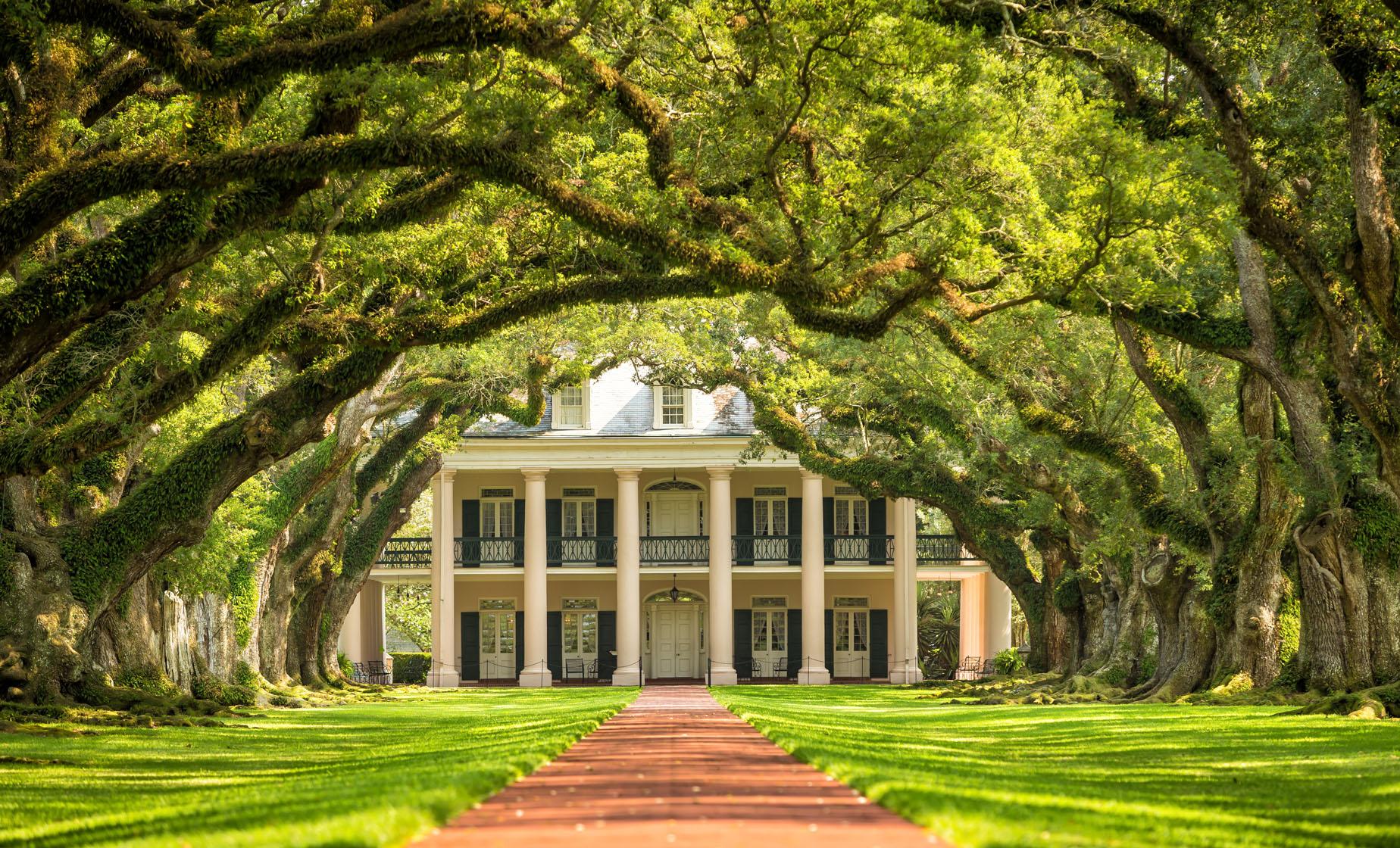 You'll be spending the day along the old Mississippi River Road, a famous 70-mile corridor that's full of beautiful architecture and flora. One notable example of this beautiful architecture, and your first tour stop, is Laura Plantation, which was built in 1805 by Frenchman Guillaume Duparc after petitioning President Thomas Jefferson for the land. It was named after the great-granddaughter of Duparc, Laura Locoull Gore. It has undergone several changes since its original design, which consisted of a U-shaped house, a central courtyard, two back wings, and a detached kitchen building. More than 80% of the house was destroyed in an electrical fire in 2003, but much of it has since been restored.

Your New Orleans plantation tour continues to another notable site, Oak Alley. You'll know you've arrived when you see the quarter-mile canopy of live oak trees leading to the house. These oak trees are believed to be several hundred years old. Built in 1837 for the production of sugarcane, Oak Alley fell on hard times after the Civil War when the end of slavery made the plantation no longer economically viable. The Oak Alley Foundation, a nonprofit preservation group, is now in charge of restoring the property's 25 acres. If you want a glimpse of 19th-century Louisiana and its elegant architecture, then the New Orleans Oak Alley Tour will provide you with a stirring history lesson. Book your New Orleans plantation tour today and prepare to travel back in time.

Please Note: Pick up begins approximately 90 minutes PRIOR to scheduled tour departure time. The closest pick up location to the cruise terminals is the Embassy Suites on 315 Julia Street. It is about a 5 to 15 minute walk or a 2 to 5 minute taxi (not included, approximately $7 US), depending on where your ship is docked. This tour is not a transfer tour, and cannot accommodate luggage.

Restrictions
Access to the second floor of the buildings requires the use of stairs.