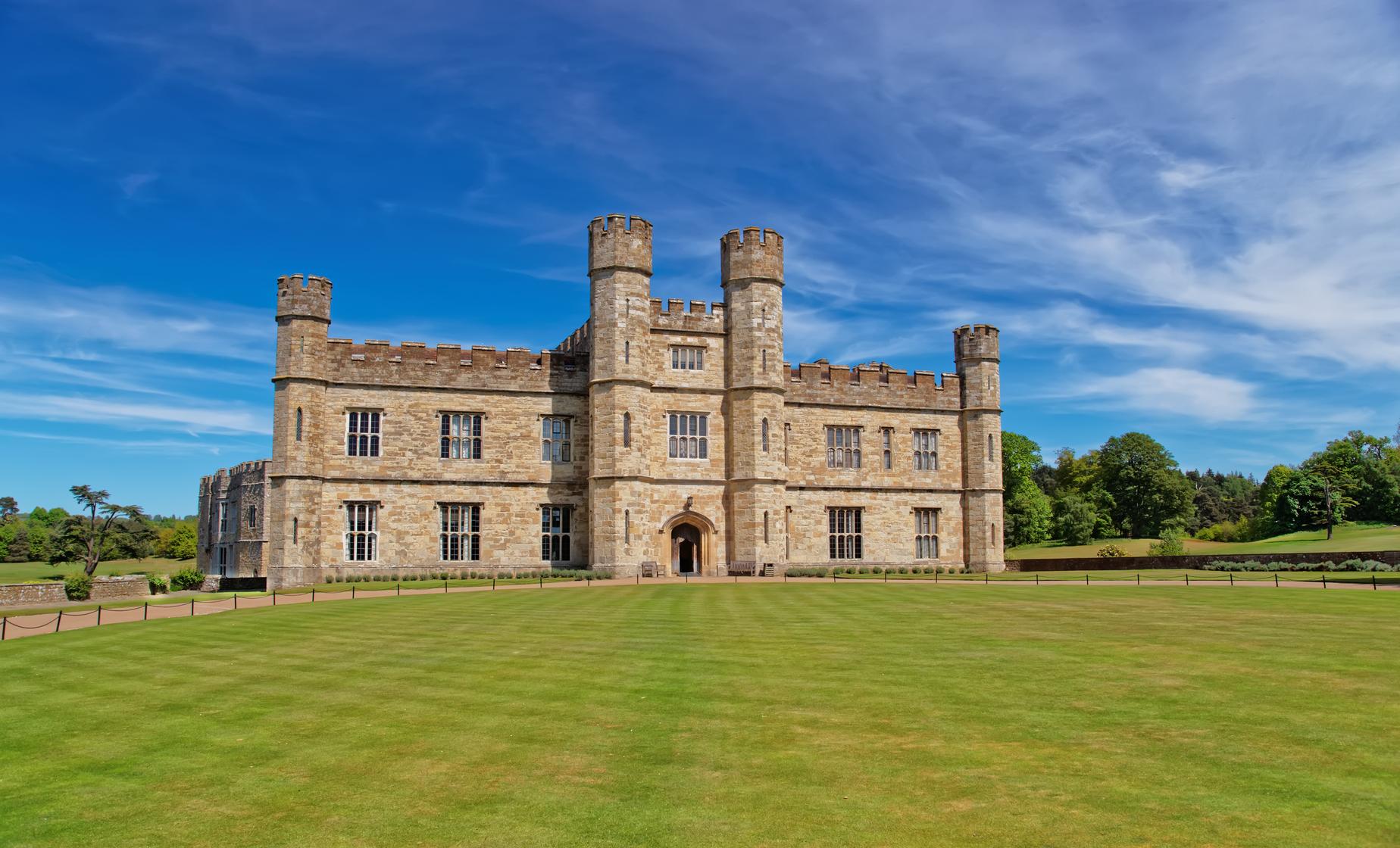 Central London.
Food/Beverage Provided Not Included
Recommended Dress Comfortable clothing and sensible, flat-soled walking shoes are recommended. Sunglasses and sunscreen are suggested.
Restrictions Guests must be able to walk over paved, packed dirt, and cobblestone surfaces, many of which are uneven. There are steps at several locations during the tour. Guests must be able to step into and out of the transportation.

Depart London and drive towards Leeds where a private tour, before the castle opens to the general public, awaits you. Described as the "loveliest castle in the world," Leeds Castle was once a Royal residence for six of England's queens, one of Henry VIII castles, and a retreat for the rich and powerful. Built on two small islands surrounded by a lake, the Norman castle is very scenic. Your day begins with a private viewing prior to the castle opening to the public. You will explore the chapel, galleries, courtyards and banqueting hall before taking time to enjoy the setting and wildlife, which includes wildfowl and black swans.

From here, you will continue to the coast to visit the famous white cliffs of Dover, overlooking the straights between England and France. On a clear day you can even see the coast of France. Dover itself is an historic port with a magnificent 12th century castle overlooking it.

Next, visit the ancient city of Canterbury, which has been a center of Christian worship for almost 1,700 years. Admire the architecture in this charming village with its renowned cathedral, infamous as the setting for the brutal murder of Thomas Beckett in 1170. Canterbury became the center of one of the most important medieval pilgrimages in Europe, immortalized by Geoffrey Chaucer in The Canterbury Tales. Your ticket includes entrance to the Cathedral and also allows some free time to explore the atmospheric old town.

Then drive to the charming town of Greenwich, packed with exquisite parks, gardens, and architecture. The town has a long connection with the sea, science, sovereigns and time. We will have time to take a look at the Cutty Sark, the fastest sailing ship of its time. As the early evening approaches you will board a river boat and gently cruise back to the center of London. You will pass by historic sights such as the Tower of London, Big Ben, and the Houses of Parliament, before arriving at Westminster pier where your tour ends.

Please Note: Due to severe traffic congestion in and around the port, a consequence of the ongoing industrial action, the stop in Dover may be removed from the itinerary without notice

4.0 / 5  |  1 ReviewReview This Tour
A full day outside of London
We were staying in London for 4 days and wanted to experience as much of the area as possible. This tour provided us with a range of experiences outside London proper. We especially enjoyed Leeds Castle, Canterbury and Dover. The included ferry ride on the Thames was the only disappointment. It was just on the commercial shuttle and really did not afford any sightseeing opportunities. Otherwise the tour was great and a very good value. It is a very long day with considerable walking so this should be taken into account
Reviewer: skywizzard