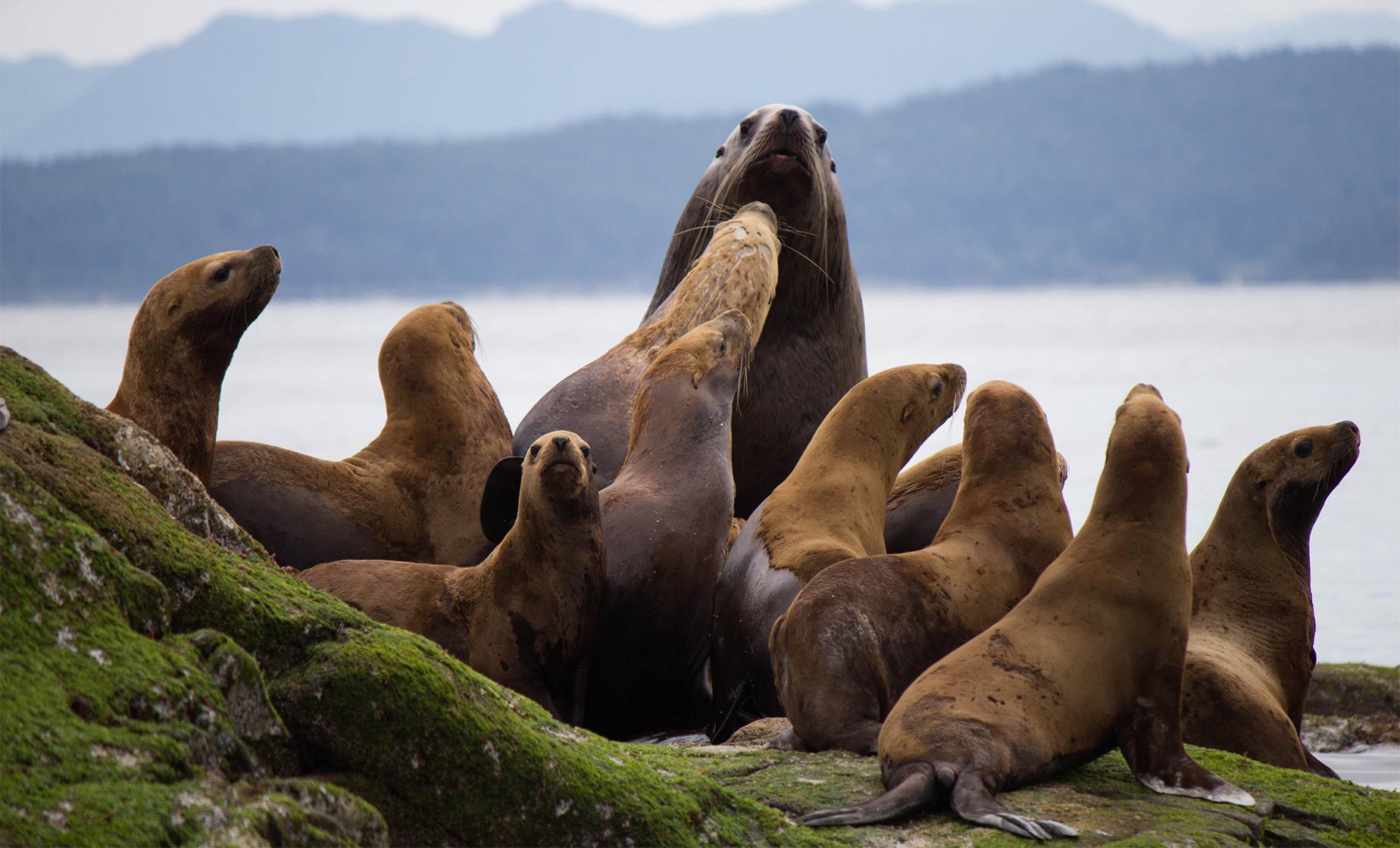 Forget the confused and congested big group tours. This Sitka kayak and hiking tour only takes a maximum of six guests. This intriguing half-day adventure begins with a short kayak and safety orientation. You will then set out in your 2-person kayak on a leisurely guided paddle through Sitka's picturesque harbor, home to one of the most productive commercial fishing fleets in North America.

Stop near Sitka's decommissioned Naval Base, where your guide will begin telling the story of how Sitka played a very important role in defending Pacific sea lanes and the West Coast during World War II.

After you have settled into your own paddling rhythm, you will head out past the breakwater to explore the wild edge of Sitka Sound. You will be amazed by the abundance of colorful marine life that inhabits the intertidal zone, and kelp forests that fringe the coast. With bald eagles watching over you from the trees, it is almost certain that you will see some of Sitka's other wild neighbors: curious harbor seals, massive steller sea lions, and perhaps a few playful sea otters. Occasionally, even humpback, minke, or orca whales are seen.

At the Causeway Islands, you will step ashore to explore the remains of a WWII-era fort, which had been hastily abandoned as quickly as it had been built. While exploring moss-covered bunkers and fern-rimmed gun emplacements, you can almost feel the healing power of the rainforest; the utter peacefulness of the lush surroundings presents such a peculiar contrast to the intent of these abandoned structures. You will enjoy a snack and refreshment on the beach and hear a few stories, before starting the paddle back to Sitka.

Shore Excursion Leaves From
Across the street from the ship pier. (Full details will be provided in your electronic ticket upon confirmation.)

Food/Beverage Provided
A snack and bottled water are included.

Recommended Dress
For all Alaska tours, we recommend layers of clothing, with the top layer being water-proof. We also suggest comfortable walking shoes that may get wet. A warm hat, sunglasses, camera, binoculars, and gloves are also recommended.

Restrictions
Guests must be a minimum of 6 years of age and weigh at least 40 pounds. The maximum height for the kayak is 6 feet and 6 inches, and the maximum weight is 275 pounds. The total paddle time is approximately two hours, and the total walking time is approximately 1 hour. Paddle experience is not required. Guests must be able to walk on paved and packed dirt surfaces.

4Based On 2 Reviews Review This Tour

Reviewer: gary habeeb
This is an expedition for experienced paddlers. I think we paddled more than 4 miles in the open sea. The equipment is good and we were all given a 2 person kayak, with rain gear and a spray skirt to keep us dry. Paddling in the open sea we experienced a stretch of water with larger waves. We paddled out to an island and hiked around for a while checking out some WWII ruins. The excursion took most of our time in Sitka, so there was no time to see the town. Overall, its a good excursion but be ready to paddle for a while.

Reviewer: Lin
This was a perfect half day excursion! We met up at the Big Blue Bus at Crescent Harbor and were immediately provided with proper gear and a secure place to leave our belongings. Since our mid Sept Alaska cruise was one of the last cruises of the season, my friend and I were the only participants that day. It was awesome to have a private tour with our own personal guide! After some safety and technical instructions, we headed out into open water. Our guide kept a reasonable pace and my friend and I were able to keep up easily. We have both kayaked before but not in the ocean! Our hike across the islands and tour of the abandoned military base was very enjoyable. We got some great wildlife photos and learned a lot about the history of the WWII military presence in the area. I highly recommend this adventure!