From $225.00/person to $495.00/person (Select "Individuals" below) Price varies based on number of individuals in your group 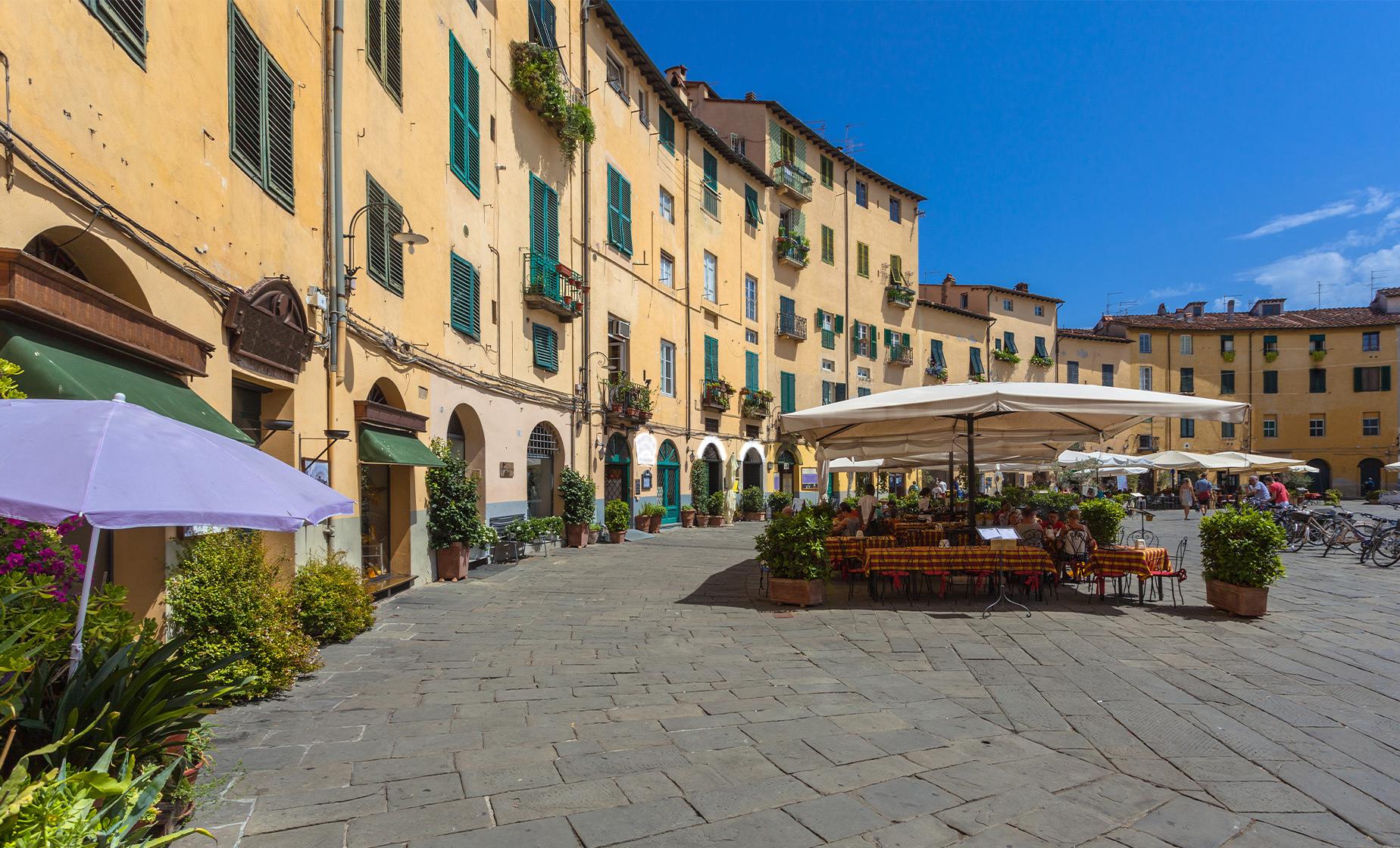 Lucca is the most civilized of Tuscany's cities, a stately grid of Roman roads snug behind a mammoth belt of tree-topped battlements. It's home to Puccini and soft pastel plasters, an elegant landscape of churches and palaces, delicate facades, and art nouveau shopfronts on wide promenades.

After meeting your driver on the pier for your Livorno excursion, you will set off on the 45-minute drive to tour Lucca. Upon arrival in Lucca, you will meet your professionally trained local guide and begin your walking tour. Lucca's greatest cultural contribution has been musical. The city had a "singing school" as early as A.D. 787, and this crucible of musical prodigies gave the world Luigi Boccherini, the composer who revitalized chamber music in the 18th century, and most famously, the operatic genius of Giacomo Puccini, whose "Tosca," "Madame Butterfly," "Turnadot," and "La Boheme" have become some of the world's favorite operas.

The walls which surround the town are home to a city park more than 2 miles long but only about 59 feet wide, filled with plane, chestnut, and ilex trees planted by Marie Louise Bourbon in the 19th century. The Church of San Frediano, whose facade, especially on a sunny day, vies with those of the Duomo and San Michele as the most attention grabbing in town, has a glittering 13th-century mosaic two stories high.

During your approximately 2 hours and 45 minutes with your guide, you will visit the north end of Via Fillungo, where a series of houses was built during the Middle Ages into the remains of a 1st or 2nd-century A.D. Roman amphitheater. The outline of the stadium was still visible in the 1930s when Duke Ludovico asked local architect Lorenzo Nottolini to rearrange the space and bring out the ancient form better.

Piazza San Michele is the center of the town, crammed with cafe and shops. The church of San Michele in Foro is as beautiful as a 12th-century Romanesque church can be. It boasts a Pisan-inspired facade of blind arches with lozenges and colonnaded arcades stacked even higher than those of San Martino, and is located on top of the ancient Roman forum. Facade of Lucca's Duomo is an excellent and eye-catching example of the Pisan-Lucchese Romanesque school of architecture. Long lines of baby columns backed by discreet green-and-white Romanesque banding are stacked into three tiers of loggias. After your walking tour, your guide will answer any additional questions you have about sightseeing, eating, or shopping before saying goodbye. You will then have approximately 2 hours of free time to explore Lucca and have lunch on your own. You will rejoin your escort and travel to Pisa, approximately 30 minutes away.

On a grassy lawn wedged into the northwest corner of the city walls, Medieval Pisans created one of the most beautiful squares in the world. Historically dubbed the Campo dei Miracoli (Field of Miracles), Piazza del Duomo contains an array of elegant buildings that heralded the Pisan Romanesque style. The most important of all is the Leaning Tower, whose fame is known all over the world. After an orientation with your escort, you will have approximately 45 minutes of free time to tour Pisa on your own. At the appointed time and location, you will rejoin your escort to walk back to your transportation for the drive back to Livorno.

Please Note: The Square of Miracles is approximately a half-mile walk from the parking area.

Restrictions
Walking in Lucca is over cobblestone and paved surfaces. To reach the Square of Miracles, guests must walk a half mile each way over a level surface.