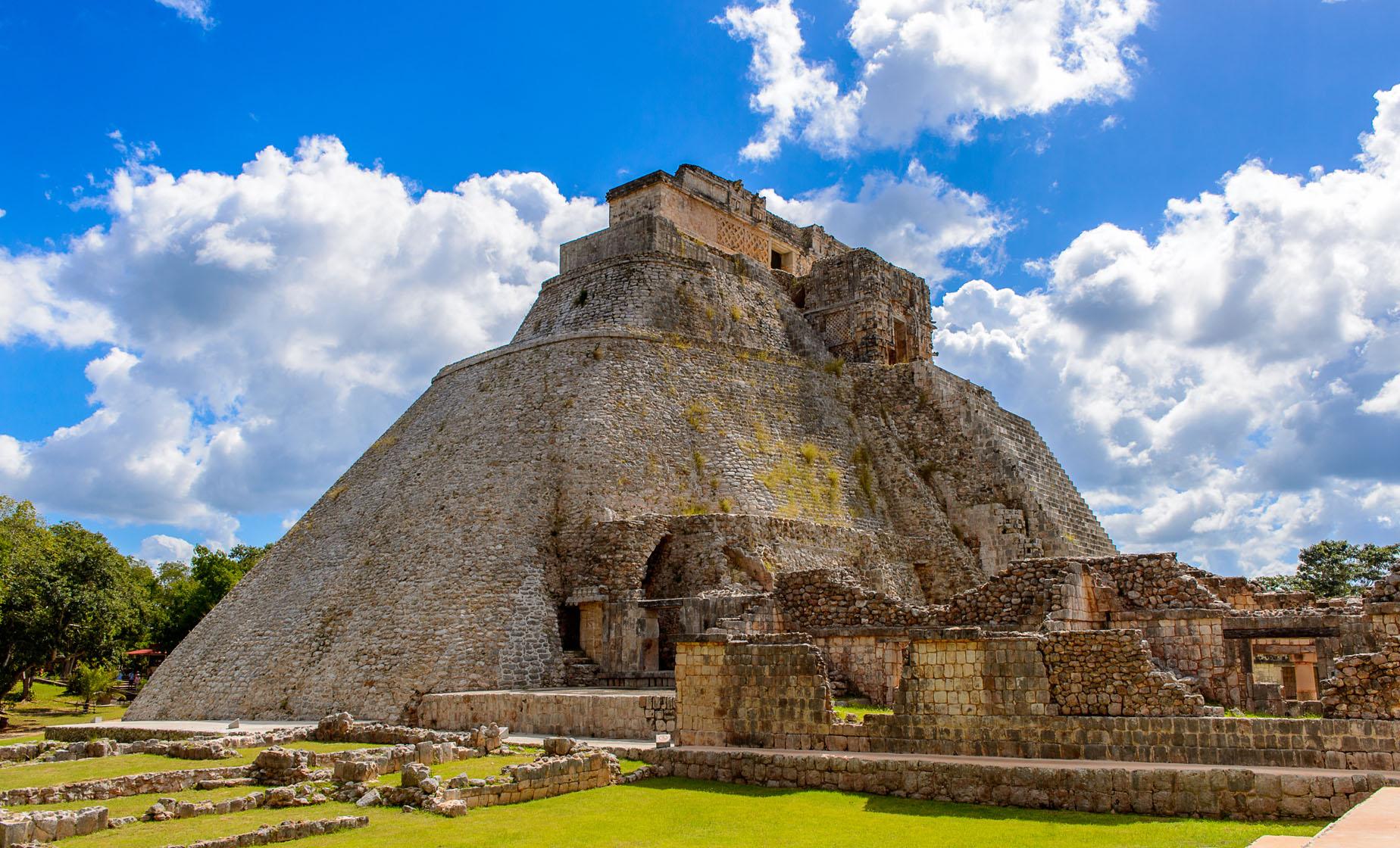 4.0 / 5  |  1 ReviewReview This Tour
From $84.00/person to $233.00/person (Select "Individuals" below) Price varies based on number of individuals in your group
Choose Options My Cruise Itinerary
Summary
Shore Excursion Size

10 minute shuttle ride from the cruise pier
Food/Beverage Provided None
Recommended Dress We recommend wearing comfortable clothing. Closed toe, sensible walking shoes, sun lotion, and sun glasses are also recommended. For those wishing to swim, do not forget a suit and towel.
Restrictions Guests must be able to walk over packed dirt, gravel and paved surfaces. There are some steps at the main house.

Uxmal (OOSH-mahl) is thought by some to mean "built three times," but unfortunately the real name is clouded in mystery as the Mayans often named a building for its use and the Spanish added their own names to structures later. Though its name is a mystery, its beauty is not. It is one of the best-restored and maintained ruins in the Yucatan, and certainly one of the most magnificent. Its architecture holds some of the most complex and beautiful examples of the regional Puce-style architecture, and its magnificent pyramids and structures are popular photo subjects. Uxmal was the capital of this region.

While much work has been done to restore the buildings, little serious archeological excavation and research has been carried out. As a result, the city's dates of occupation and population are a very rough guess. It is thought to have been most popular between 800 and 1000 A.D.

The tallest structure is the 100-foot tall Adivino, or Pyramid of the Magician. It is a stepped pyramid, but what makes it unusual among Mayan building is that its layers are oval instead of the more common rectilinear. The structure is the subject of one of the best-known tales of Yucatec Mayan folklore. It tells that the pyramid was magically built overnight as a challenge issued to a dwarf by the king of Uxmal.

You will also see the Governor's Palace and the Nunnery Quadrangle during your two-hour walking tour. There is also a museum, snack bar, gift shops and various local vendors on site.

4.0 / 5  |  1 ReviewReview This Tour
Excellent Choice in Progresso
My wife and I are very happy we booked this tour. Our boat was in port less than a day and feel that we did the best thing by taking this private tour. Our driver and guide, David (of Mayan decent) were very nice and friendly. They shared so much information about Progresso and the various towns we passed. David's knowledge of his people and Uxmal was second to none.
Reviewer: Sam and Kerry Gridley