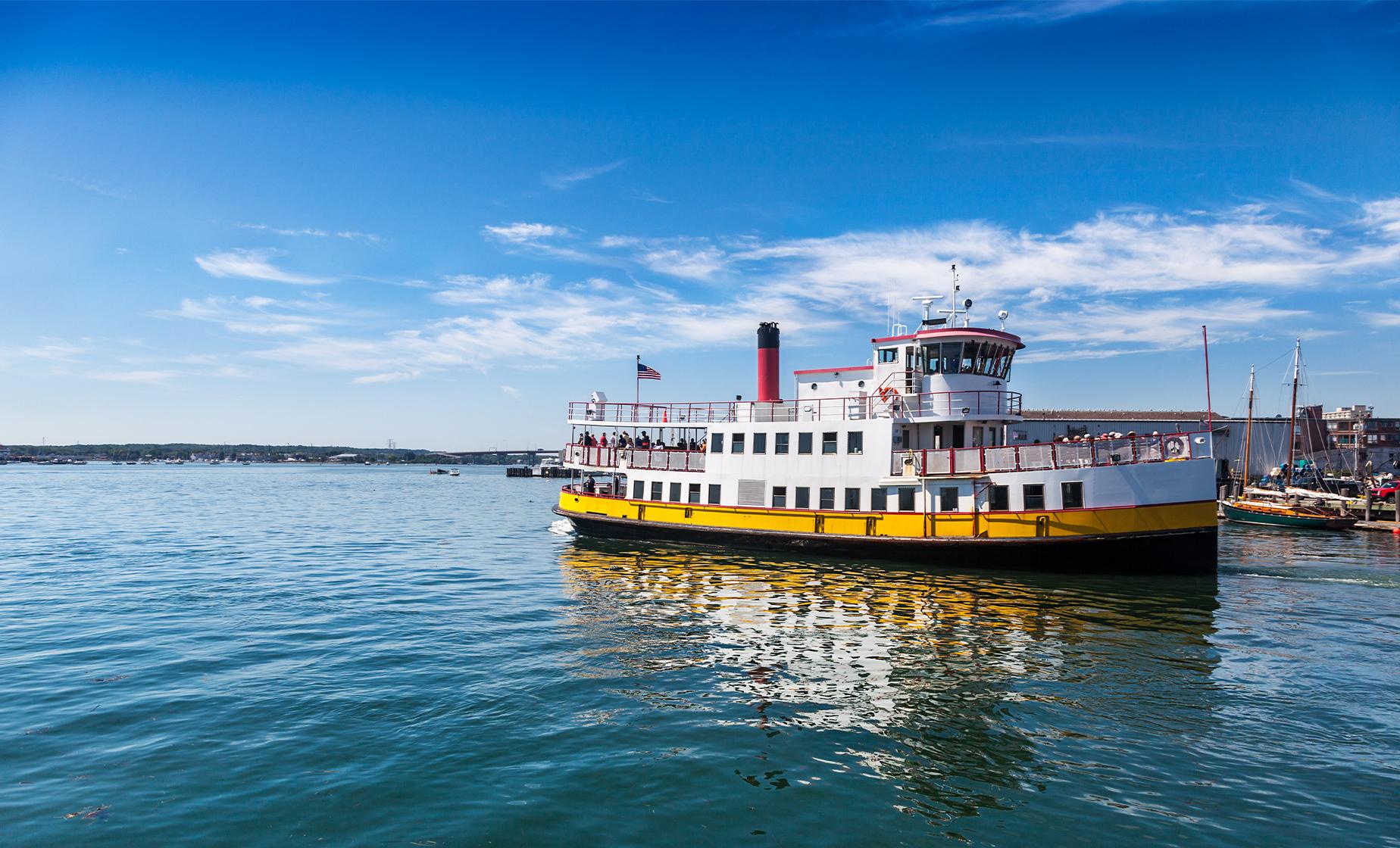 An integral part of Portland, Maine's island communities, the mailboat is a true working boat carrying passengers, mail and freight to the Casco Bay's Little Diamond, Great Diamond, Long, Cliff, and Chebeague Islands. As the longest-operating service of its kind, this Maine Mailboat Run Cruise tour is a wonderful way to see the sights of the Bay.

Cliff Island is the smallest year-round island in Casco Bay. Chebeague (pronounced: shuh-BEEG) is one of Maine's most beautiful islands. At 3 miles long and 1 mile wide, Chebeague is the largest island in Casco Bay and is home to over 360 year-round people and over 4,000 summer residents The island has a storied history of sailing, notably the stone sloopers, men who carried ballast for the sailing ships of 19th-century America and later granite for many of the country's most spectacular buildings, including the Washington Monument. The many lovely Greek Revival homes on the island were built by these sloopers.

4.8 / 5  |  32 ReviewsReview This Tour
In the end everything went well
Our ship run late with the immigration and it was clear we wouldn’t make it on time for our trip.I called them and they said - no problem , we will schedule you for the next boat...They were very nice and helpful. We had a great time on the boat. The captain functioned as a tour guide too.
Reviewer: Ellen

Great Day on the Water!
This was the best way to spend a day on the coast at an EXTREMELY reasonable price. The dock is just a short walk from where the cruise ships dock. Would highly recommend it
Reviewer: sue schuman

Unique Experience
I enjoyed this excursion very much. It was a unique experience, combining a boat ride with local deliveries - not just mail. The run I was on delivered windows, a car, lumber, and much more to several islands in the area. I highly recommend this tour and I would do it again.
Reviewer: Margaret Kroitor

Mailboat run
This was a very different type of excursion. Even though it was raining, we got to see the islands and the way people get around by boat in Casco Bay.
Reviewer: JACQUELINE LOMBARDO

Good value
Had a great time! It was lovely, and the boat Captain and crew knew their stuff!
Reviewer: Olga Woodall

A memorable afternoon
This was a pleasant experience and a great way to spend a no frills afternoon. To add to the low key trip with great scenery l spent much of the time conversing with an old gentleman who lived his whole life on various islands who shared a wealth of stories about his life here. For me this was a great unexpected educational event.
Reviewer: Gene