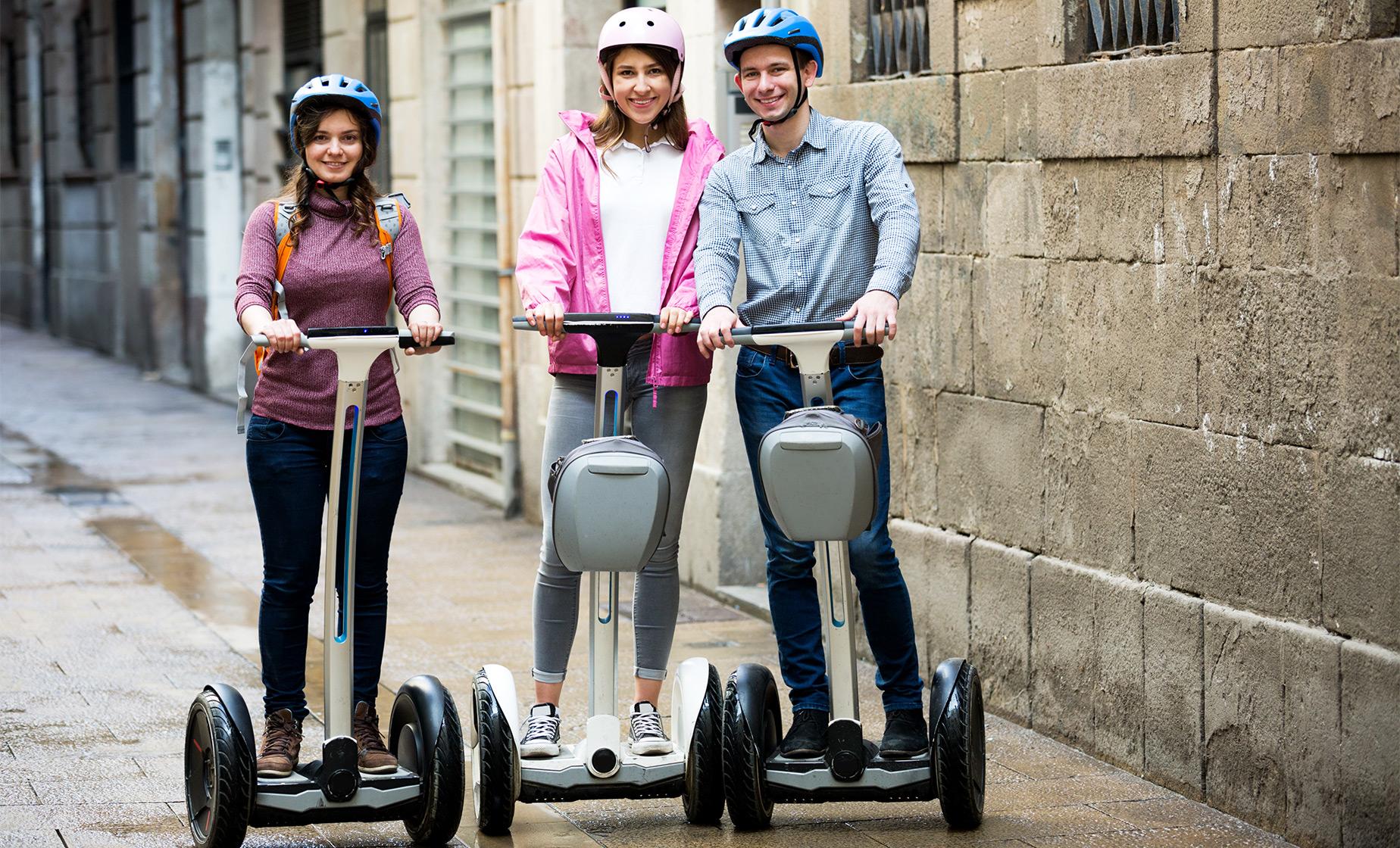 This 2.25-hour active Segway tour is perfect for those who are short on time yet want a great overview of Malaga and its highlights. Start with a brief practice session on your Segway, then once you feel comfortable you will start riding around Malaga to hit up the must-see sights.

Check out the Port of Malaga, a thriving international seaport nestled along the Costa del Sol coast on the Mediterranean. At the port you will learn how it was founded by the Phoenicians from Tyre around 1,000 B.C., making it the oldest continually-operating port in Spain. Also, on the itinerary, is Malaga Park, also known as Alameda Park. This park in the heart of Malaga was built in the late 19th century and underwent major renovations in 2007.

Make your way to the Alcazaba of Malaga, located high atop Gibralfaro Hill in the center of the city. This palatial castle, whose name means The Citadel in Arabic, was constructed during the Hammudid Dynasty in the early 11th century and was originally surrounded by 3 fortified walls and defense towers that overlooked the port. Take a ride through the inner area and paths, stopping along the way for fantastic photos and breathtaking views. Over at the large, man-made beach of Malagueta you can watch the fisherman untangling their nets and smile at the Chiringuitos offering up drinks and Tapas.

No visit to Malaga would be complete without a side trip to the Old City with its numerous museums including the Picasso Museum and the Carmen Thyssen Museum. The town's cathedral and multiple churches with their own distinctive styles do not disappoint and make wonderful photos. While in the city you will also see the exotic trees and flowers at Central Park, a bull ring, the Roman Factory and Roman Amphitheater.

Make the most of your time in Malaga by signing up for this comprehensive, short tour now.

Restrictions
Guests should be comfortable on a Segway. Minimum age to participate is 10 years old, minimum weight is 30 Kilos.

Reviewer: Scott & Louise Hobden
Loved, loved, loved this tour. The Segway's are so fun and the tour guide was amazing! There was an issue when we arrived because he did not have any record of us. I had my printed confirmation and he graciously honored it. Hope he got paid!