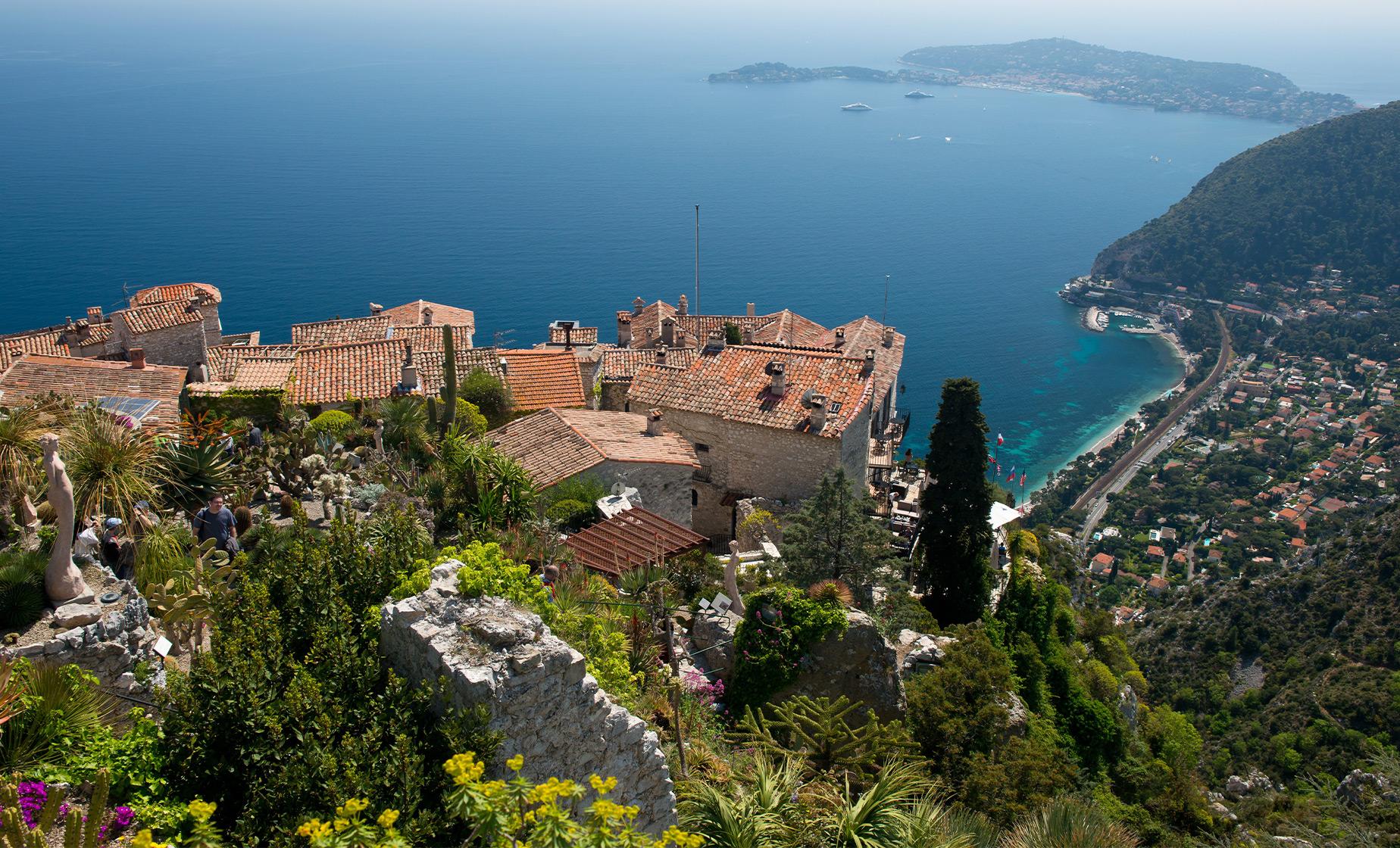 On this day tour of the French Riviera, immerse yourself in the quaint city of Eze, a medieval village whose roots date back to 2000 BC. There, you'll be able to take in breathtaking panoramic views of the bordering Mediterranean Sea and Eze's magnificent cliffs.

Drive through the Villefranche on the way, a winding road along the blue waters of the Mediterranean, as you pass by charming villages and resort towns. While you're in Eze, make sure to stop and shop at some of the village's famed boutiques and artisan shops.

Next, visit the Fragonard perfume factory, where you'll learn how some of the world's most aromatic scents are crafted. After the factory tour, you'll have a period of free time in Eze to explore its cobblestone streets and picturesque buildings.

Restrictions
This tour takes place in historical areas. Therefore, it is not wheelchair accessible, nor for strollers or for guests with limited mobility.