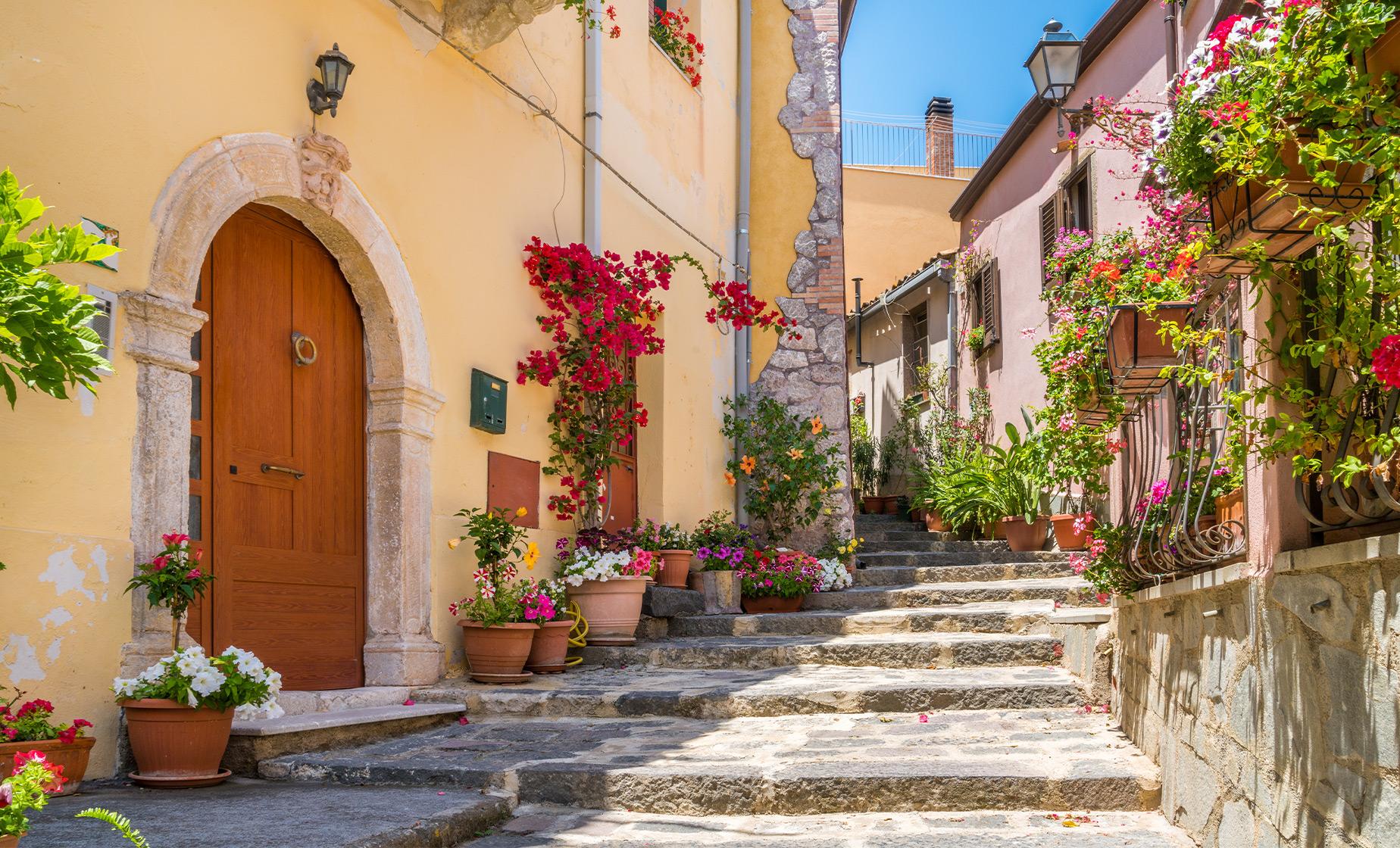 Cruise Ship Pier
Food/Beverage Provided Not Included
Recommended Dress We recommend wearing comfortable, weather appropriate clothing and sensible flat-soled closed toe walking shoes. You may wish to bring sunscreen, sunglasses and hat.
Restrictions Guests must be in moderate physical shape in order to participate in this walking tour. This tour is not wheelchair accessible. As this is a walking tour, guests with any mobility issues should reconsider this excursion.

Messina, a beautiful harbor city in northeast Sicily, is separated from mainland Italy by the Strait of Messina. Known for the Norman Messina Cathedral, with its Gothic portal, 15th-century windows and an astronomical clock on the bell tower, you will also discover marble fountains decorated with mythological figures, like the Fontana di Orione, with its carved inscriptions, and the Neptune Fountain, topped by a statue of the sea god.

Your journey into the third largest city in Sicily begins at the Cathedral Square where you can admire the world's largest astronomical clock. Built in 1933, this clock is housed in the bell tower of the Chapel of the Sacrament and its mechanically-animated statues entertain thousands of visitors each year. While here, step inside the cathedral and be mesmerized by the beautiful Byzantine style mosaics.

Over at the Church of the Santissima Annunziata dei Catalani you will observe a wonderful example of Norman architecture with Arab, Byzantine and Roman elements woven in. You can also see the Church of Saint Francis of Assisi, one of the oldest in the city, as well as the Mountain of Mercy with its special take on Mannerism architecture. Stop by the Palace Zanca, Messina's town hall, to tour the Antiquarium and Archeological Park.

Your excursion also takes you to the Museum of Ancient Weapons where you can explore a private collection of military weapons and artifacts from Europe, North America and Islamic countries dating between 1400 and 1940. Also, you can see the Church of Montalto, the Sanctuary of Christ the King and the Theatre Vittorio Emanuele with its spectacular fresco depicting one of Messina's best-known legends.

This tour is a perfect introduction to the stunning buildings and landscape of Messina. Reserve your spot now!

Restrictions
Guests must be in moderate physical shape in order to participate in this walking tour. This tour is not wheelchair accessible. As this is a walking tour, guests with any mobility issues should reconsider this excursion.

4.7 / 5  |  7 ReviewsReview This Tour
Walking
Young lady was excellent. Very knowledgeable. We left your early due to extent of up hill walking and steps.
Reviewer: Tim Green

Pleasurable tour
I booked this tour for my two adult children. They reported a well informed guide showed the best of Messina. The tour was slow going caused by folks that were very slow causing frequent rest stops. This tour should not be booked by people that can’t walk a block.
Reviewer: Joan Szczepanski

Excellent
We had a fantastic guide and the area we covered was very interesting.
Reviewer: Patty

Informative Walking Tour through historic Messina
This was a very pleasant walking tour which included a lot of historic information about Messina. Our tour guide Tania spoke five languages and informed us of the many interesting and historic things to see. No better way to see Messina. It was very well done.
Reviewer: R Stiener