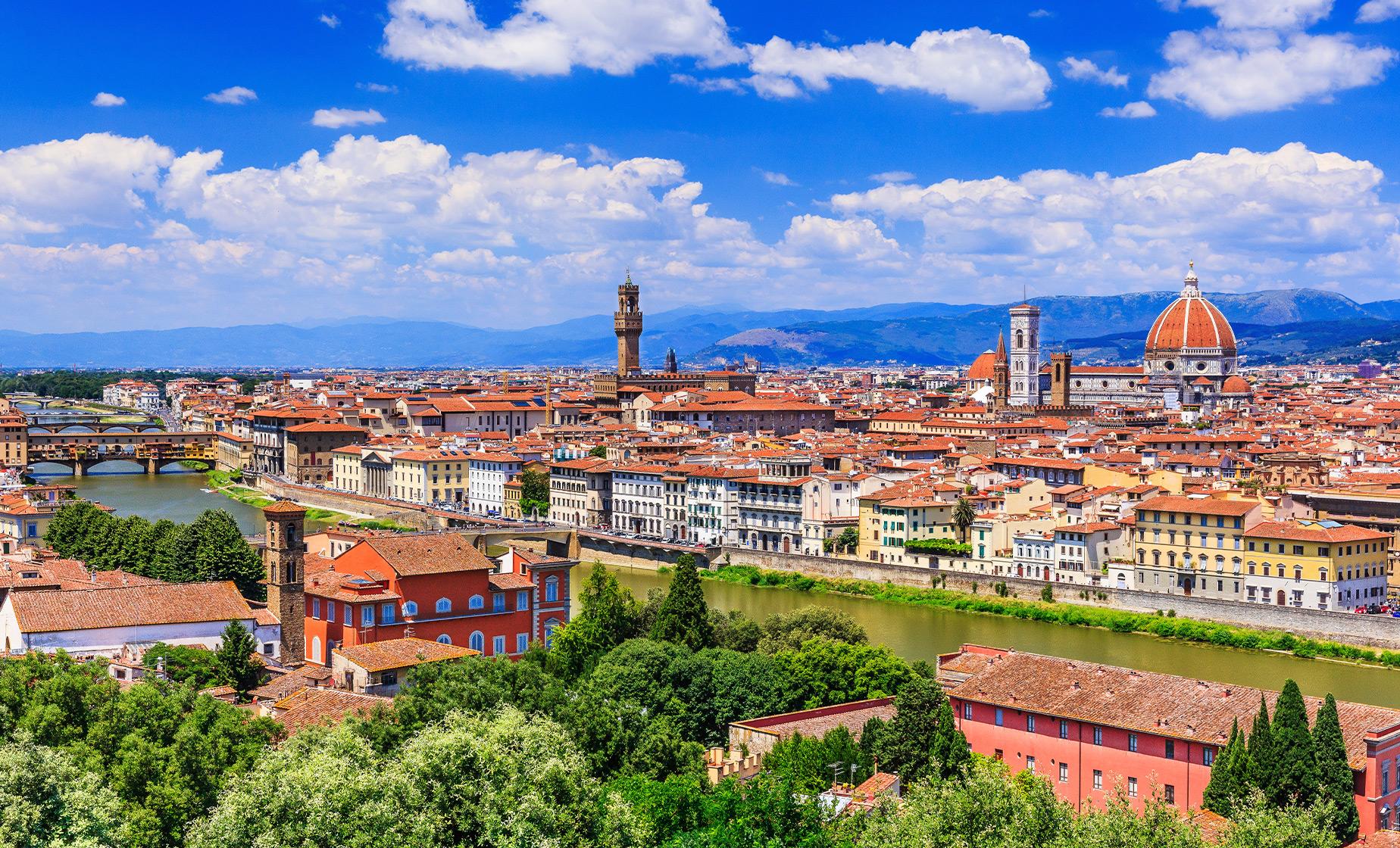 Review This Tour
From $215.00/person to $860.00/person (Select "Individuals" below) Price varies based on number of individuals in your group
Vehicles available for this tour accommodate groups of up to 2, 6, 8, 19, 25, 40, or 50 guests maximum. Please take this information into consideration when booking.
Choose Options My Cruise Itinerary
Summary
Shore Excursion Size

The Cruise Pier.
Food/Beverage Provided Not Included
Recommended Dress As you will be visiting a religious or memorial site, shoulders and knees must be covered. Comfortable flat-soled walking shoes, sunscreen, and sunglasses are recommended.
Restrictions Walking in Florence is over cobblestone and paved surfaces. There are steep curbs in some areas. Although the walking is not difficult, it is extensive. Pre-reserved tickets are non-refundable after the tour is confirmed.

A stop will then be made for free time so you can purchase a light meal or a Florentine lunch in a local restaurant. In the afternoon, visit Piazza della Signoria, which has been the political heart of the city from the Middle Ages to the present day. The square, however, is not just the "civil" center of Florence; it is also a splendid open-air museum. The statues in the square deserve a chapter all to themselves. Apart from the great sculptures lined up in front of the facade of Palazzo Vecchio (among them the copy of David by Michelangelo), you will also see the Fountain of Neptune by Ammannati, and the equestrian statue of Cosimo I de Medici by Giambologna.

During your Livorno excursion, visit the Square of Santa Croce (Holy Cross), one of Florence's largest squares, and traditionally one of the city's main arenas for ceremonies and festivities. Enter the Basilica of Santa Croce, one of the largest churches in the city, which is attributed to the genius of Arnolfo di Cambio, who seems to have begun work in 1294. The presence of a great many funeral monuments and tombstones (276 can still be seen on the floor alone) has led to the Basilica being thought of as the city Pantheon, or Temple of the Italian Glories. Here lie the tombs of Galileo, Machiavelli, Foscolo, Gentile, Rossini, Marconi, and Michelangelo himself. There may be some free time for browsing the leather shops and small stores around the square before meeting your driver for the approximately 1 hour 45 minute drive to Livorno.

Please Note: The Medici Chapel is closed on some Sundays and Mondays. The national museums of Italy, including the Accademia, are closed on Mondays. Guests booking this tour on a Sunday or Monday will tour alternative sites that have a connection to Michelangelo. Your guide will discuss this with you the day of the tour. Vehicles available for this tour accommodate groups of up to 2, 6, 8, 19, 25, 40, or 50 guests maximum. Please take this information into consideration when booking.